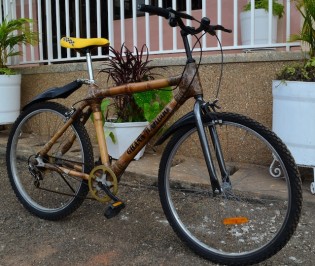 By Portia Crowe
The death of President John Atta Mills will have a sobering effect on national politics in the months leading up to Ghana’s December 2012 election, according to the Executive Secretary of the West Africa Network for Peace, Emmanuel Bombandey.

By Portia Crowe
At eleven years old, Thema, a native of Kumasi, hopes to be a nurse when she grows up. Currently, however, she is employed wandering between taxis and tro-tros or minibus taxis at rush hour, carrying packs of ice water on her head and selling them for 10 pesewas apiece. She manoeuvres through traffic in Ghana’s second-largest city with practiced ease; she has been doing this for four years.

By Portia Crowe
While in New York to celebrate the launch of UN Women's flagship biennium publication, "Progress of the World's Women: In Pursuit of Justice", Botswana's Unity Dow sat down with IPS to discuss the United Nations' newest entity, its landmark report, and the road ahead for women.

By Portia Crowe
As UN Women, the new United Nations agency dedicated to enhancing gender equality, releases its first major report following the organisation's launch early this year, its most significant finding may be the shared challenges faced by women across the globe.

FILM: So Much More Than Just ‘Trafficked Women’

By Portia Crowe
Mimi Chakarova had one simple objective in filming 'The Price of Sex,' her award-winning documentary about sex trafficking in Eastern Europe: "I'm trying to reach millions of people," she told IPS. "It's kind of a big goal to have."

By Portia Crowe
The hardest part of Jan Egeland’s job is coming home at the end of the day. He is the Director of the Norwegian Institute for International Affairs and the former U.N. Emergency Relief Coordinator, and has travelled to the farthest reaches of the world to help protect refugees and displaced people.

Decriminalising Drugs Moves into the Mainstream

By Portia Crowe
Several years ago, anyone calling for an end to Washington's "war on drugs" would be considered a heretic. Today, high- level politicians and business people, backed by thousands of regular citizens, are doing just that.

By Portia Crowe
The world is facing a "global epidemic in need of a global effort", according to a panel of experts on tobacco control, who met at the United Nations Tuesday to commemorate World No Tobacco Day.
ADVERTISEMENT ADVERTISEMENT