KUMASI, Ghana, Jul 27 2012 (IPS) - The death of President John Atta Mills will have a sobering effect on national politics in the months leading up to Ghana’s December 2012 election, according to the Executive Secretary of the West Africa Network for Peace, Emmanuel Bombandey.

He said the event will likely quell the inter-party aggression characteristic of Ghanaian politics, and will not lead to instability or violence.

That, according to some experts, is a success story in itself.

“In the last couple of years, transitions have been a problem in many African countries, and they still are,” the executive director of Ghana’s Institute for Democratic Governance, Emmanual Akwetey, told IPS.

He noted examples from Rwanda, Malawi, and Nigeria, where the deaths of political leaders have lead to violence.

“For a country that has a past in military interventions and political instability … there is nothing like a power vacuum, especially at the very top,” he said. 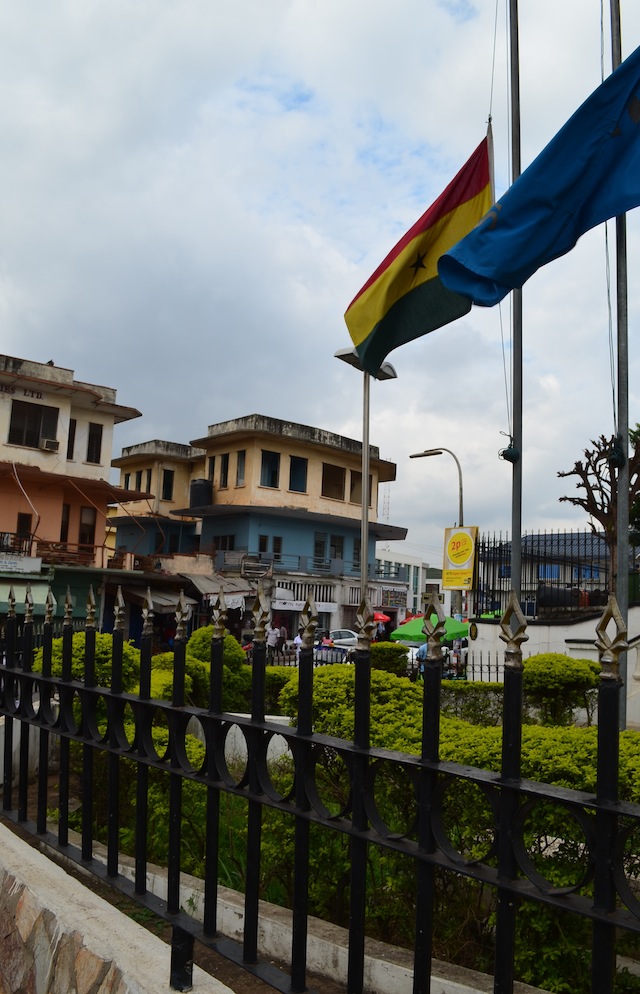 In Ghana, however, Vice President John Dramani Mahama was sworn in as president within several hours of Mills’ passing on Jul. 24.  While some questions have been raised as to who will become the flag bearer of the ruling party, the National Democratic Congress (NDC), and how the selection will be made, Professor Kwame Ninsin, a political science lecturer at the University of Ghana, said this would not create a power vacuum.

“I don’t think it’s insurmountable… This is a situation which I’m sure the leadership of the party is capable of handling effectively,” he said.

He added that the party’s success rests on more than the face of its leadership.

“Elections are made or unmade also by the organisational capacity of the party concerned, and I would like to believe that the NDC is adequately prepared to support its presidential candidate to win an election.”

For the most part, said WANEP’s Bombandey, Ghana’s transition has been considered a success story, attributable mainly to the strength of its institutions.

“I do not expect any form of instability and this should attest to the governance of the country and constitution – that it is working and working very well,” he told IPS

“We are going to go on to peaceful presidential elections,” he added.

According to Ninsin, even the military has been “professionalised” in the years since Ghana’s 1981 uprising, and poses no threat to the nation’s stability.

“If there were to be any security threat, that would have come up in the early hours of the announcement of the death of the president. But, the transition process occurred smoothly.”

“We have matured out of our struggles – the military, the authoritarian governments, the political fights,” he said.

“Solemn and sad as the occasion was, it was also gratifying to know that we… know how to go forward and get on with life.”

He added: “We were able to demonstrate to the world that we take our constitution seriously.”

According to Akwetey, the importance of procedure and order is deeply rooted in Ghanaian culture.

“Even in traditional systems, we are a people who procedure is deeply engrained in. It’s like a genetic code,” he told IPS.

Kofi Owusu, an award-winning journalist and head of Kumasi’s Ultimate Radio station, said that such traditional institutions, as well as more recent democratic ones, could contribute to a peaceful transition period.

“By custom, Ghanaians respect the dead. They want to pay homage to the dead person and that’s why Akufo Addo, the opposition (New Patriotic Party) leader, suspended his campaign to mourn along with Ghanaians,” he told IPS.

He said this has created a “lull” in the usual squabbling, and added, “Ghanaians being who they are, they’re going to observe that out of respect.”

He was unsure how long the lull would last.

A Hiatus from Hostilities

Owusu described the state of political discourse in Ghana prior to Mill’s demise.

“The debate was just vicious,” he said. “The stakes were so high, people seemed to hang their entire livelihood on who emerged as president.”

But Bombandey said that the president’s passing will serve as a reminder to Ghanaians of their common identity, and deter political parties from resuming their hostile discourse after the period of mourning.

“As the elections get closer, we will fall back into intense political activity, once the president is laid to rest. But my assessment is that people will be reminded that we need not go back to the high level of political rhetoric that we were experiencing previously,” he told IPS.

Owusu also predicted a shift in the nature of political discourse in the months following Mills’ death.

“Now the man who was at the receiving end of the political criticism is gone,” he said.

“Suddenly you can’t attack him anymore, so what do you do? It’s believed that it will tone down the hot exchanges; the acerbic tone will be considerably reduced towards elections,” he added.

He also noted that some leaders have begun to view the tragedy as an occasion to strengthen national unity.

“Some are even calling it an opportunity to unite the country ahead of elections,” he said.

Bombandey said members of parliament have already demonstrated a considerable sense of unity. Each party has expressed solidarity with the government and with the grieving family, and, he predicted, this unity could persist in the days leading up to the national election.

“I think there will be a new sense of decency in the political discourse and more concretely, this will be good in the sense that we might see more issues being talked about, and less political insults and bickering,” he told IPS.

He said he would welcome such a change of focus.