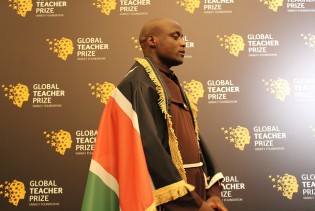 By Thalif Deen
The United Nations headquarters is in mourning – and the UN flag is at half mast. The deaths of 21 UN staffers March 10, on board an Ethiopian Airlines flight in Addis Ababa, is one of the biggest tragedies in the extended UN family—with a flashback to the deaths of 22 people, mostly UN staffers, who lost their lives in the Canal Hotel bombing in the Iraqi capital of Baghdad in August 2003.

By an IPS Correspondent
IPS spoke with the Virachai Plasai, Ambassador and Permanent Representative of the Kingdom of Thailand to the United Nations and Chair of the Group of 77 about what it’s like to represent 134 developing countries, including China, at UN meetings in New York. Plasai spoke about some of the group’s priorities for 2016, including the selection of the ninth UN Secretary-General, the 2030 Development Agenda, including the 17 Sustainable Development Goals, and the implementation of the Paris Climate Change Agreement.
ADVERTISEMENT ADVERTISEMENT