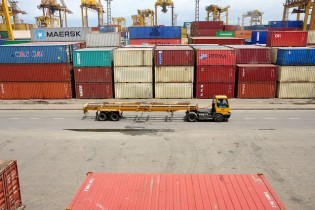 By John Fraser
If a Free Trade Area were to be negotiated between Africa’s two largest economies, South Africa and Nigeria, it would have a powerful effect on trade across the sub-continent and would challenge other countries to respond.
ADVERTISEMENT ADVERTISEMENT