ECONOMY-SOUTH AFRICA: Are the Benefits of Tourism Just Skin Deep?

DURBAN, Jul 11 2006 (IPS) - The figures are certainly impressive. According to Statistics South Africa (Stats SA), a government agency, the country’s tourism industry has experienced growth of over 100 percent since the demise of apartheid in 1994 – with the number of international visitors increasing from 3.6 million to 7.3 million by 2005.

But, in a country struggling to overcome the effects of apartheid, these figures do not necessarily add up to a success story. There is concern that the bulk of profits generated by tourism is not filtering through to South Africa’s majority blacks, still largely excluded from the ownership of assets such as game farms. 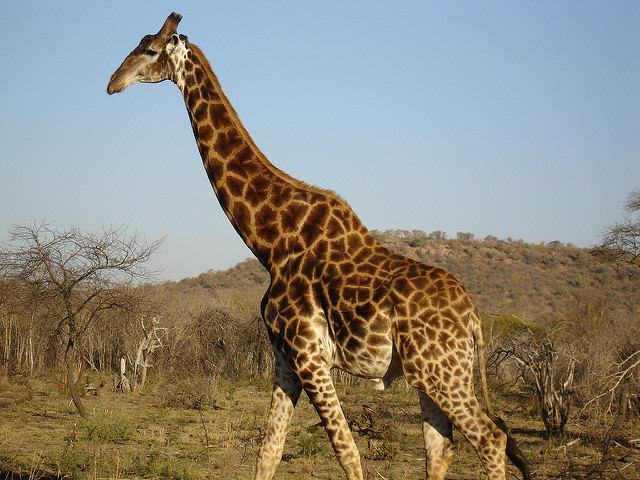 “The industry is comprised of numerous smaller operators. They use their land, the farm they inherited, and turn it into a game farm. They take their home and turn it into a guesthouse,” said Quentin Eister, chairman of the Free State Tourism Authority, one of nine provincial tourism bodies in South Africa.

“Those who suffered under apartheid…do not have a property on which to take out a bond and develop a tourist attraction,” he told IPS. “Or if they do, it falls into a distinctly lower income grouping and they are forced to create township routes and guest houses in townships where the yield is low, both in terms of volume of tourists and the price they can charge.”

The word “township” refers to an area that was demarcated for use by people of colour, under apartheid. Townships were situated away from urban centres as part of the campaign to entrench racial segregation; today, they are typically poor areas, with inadequate services and few amenities.

Lack of black ownership is reflected throughout the economy: a consequence of years of racist policies that limited the movement of blacks and deprived them of a good education, medical care and other services – undermining their employment prospects and earning power.

There is concern that the bulk of profits generated by tourism is not filtering through to South Africa's majority blacks, still largely excluded from the ownership of assets such as game farms.
Eister said that although a number of institutions were offering development finance to the tourism sector, they required prospective operators to contribute 40 to 50 percent of the investment – a prohibitive amount of money for black entrants to the industry.

“We need to create an environment that would make it possible for more people to enter the market,” he noted. “A 20 percent deposit would be more acceptable.”

Tshediso Matona, director general of the Department of Trade and Industry (DTI), said government was aware of these problems, and that the DTI needed “to design appropriate systems to give them (blacks) access.”

These would include training programmes to enable people to enter the tourism industry more easily, and initiatives to put finance within reach, he explained – this during a press conference in May at the Tourism Indaba (a Zulu word used to refer to an important meeting). The indaba is a major tourism fair that takes place annually in the coastal city of Durban.

A poignant illustration of the challenges confronting the tourism industry was provided by the fact that all those who collected awards at this year’s indaba were white men. Both government and the private sector expressed serious concern about the lack of meaningful black participation in tourism, at various gatherings held during the event.

The face of tourism in South Africa is also set to be altered by government’s policy of “black economic empowerment” (BEE), introduced to rectify the problems caused by apartheid. BEE seeks to advance black economic participation in a variety of ways, such as greater ownership of assets, increased representation in senior management, and training. Government procurement is used to further BEE, with preference being given to companies seen as playing a part in addressing racial inequities.

Two years ago, Environmental Affairs and Tourism Minister Marthinus van Schalkwyk appointed the government-funded Tourism BEE Charter Council to encourage and monitor the implementation of empowerment in the tourism industry. The members of the council are appointed from the private sector.

This was followed by the presentation in 2005 of the Tourism BEE Charter, a code of best practice that also provides a set of questions which allow industry members to assess their “BEE score” – a measurement of the extent to which they are attaining the objectives of black advancement.

Earlier this year, the council launched a campaign to ensure compliance with the charter, and to make people more aware of the need for black ownership of, and representation in, tourism.

At present, says Tami Sokutu, chairman of the Tourism BEE Charter Council, “The tourism sector is one of the least transformed sectors in South Africa. The state of transformation is up to a maximum of six percent.”

This was in reference to the results of a survey of tourism companies listed on the Johannesburg Stock Exchange in 2003, conducted by the Tourism Business Council of South Africa. The study found that listed companies were, on average, only six percent in compliance with the requirements of BEE.

Sokutu says the council’s mandate is to ensure that 21 percent of the tourism sector is either black-owned or black-managed by 2009: “We will also focus on the development of systems such as a database with a list of compliant suppliers and partners to support the implementation of the charter.”

As preparations for hosting the 2010 World Cup get underway in earnest in South Africa, the country’s tourism industry is likely to face even more scrutiny.

Siphile Mdaka, operations director for Mbonise, a tour company focusing on cultural and wildlife tours in Hluhluwe, is one of those who are optimistic about the prospects for BEE in tourism. Hluhluwe, the Zulu name for a cockspur, is a popular tourist town adjacent to a national park in the eastern province of KwaZulu-Natal.

“A lot has been done to assist the establishment of small- and medium-size businesses,” he told IPS.

“But BEE is not going to happen on its own. All those in the industry need to embrace BEE and to support government initiatives.”