NEW YORK, Aug 18 2008 (IPS) - Since the Israel-Lebanon 34-day war two years ago, and particularly after the Doha accord in May which restored Hezbollah to the Lebanese government and essentially gave it the veto power it demanded, Hezbollah leader Hassan Nasrallah has been the most popular figure anywhere in the Arab world. 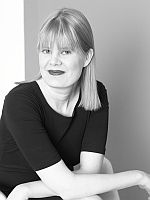 “For decades, the Shia were seen as the shoeshine boys and street-cleaners, and now not only have the Shia had their honour restored but also they are becoming educated and rising in social status,” Deborah Campbell, author of “This Heated Place”, a narrative exploration of the Israeli-Palestinian conflict, and an adjunct professor at the University of British Columbia, told IPS in an interview.

Over the past seven years, she has extensively chronicled the fault lines in the Middle East from Iran to Palestine, immersing herself for extended periods in the societies she writes about.

Campbell has written for The Economist, New Scientist, Ms. magazine, the Guardian and Asia Times, and recently reported for Harper’s on the two months she spent “embedded” with Iraqi refugees. After returning from two months in Syria, Lebanon and Jordan, she spoke to IPS correspondent Omid Memarian about the meteoric rise of Hezbollah in the aftermath of the 2006 war, the Doha agreement and the prisoner exchange with Israel.

IPS: How did the 2006 war with Israel affect Lebanese society?

DC: Obviously it was devastating, both in terms of the economy and the psychology of the society. That summer, the country endured billions of dollars in infrastructure destruction and once again the tourists fled, as did Lebanese themselves. Twelve hundred Lebanese were killed, the vast majority of them civilians. And the divisions in the society returned to the forefront, with part of the population supporting Hezbollah as their defenders against Israel and another part blaming Hezbollah for provoking an Israeli attack. At the same time, in a single month Israel managed to lose its mythical aura of invincibility, which was just as important, and perhaps more important, to its security than its nuclear arsenal.

IPS: Given that, as you say, part of Lebanese society sees Hezbollah as the cause of the vast destruction in southern Lebanon, two years after the war and particularly after the recent prisoner exchange, how is Hezbollah perceived?

DC: There is no question that Hezbollah leader Hassan Nasrallah is the most popular figure anywhere in the Arab world, and he’s not even the leader of a state. For many Arabs, including Lebanese, he is the only person who has successfully stood up to Israel, starting by ending Israel’s occupation of southern Lebanon in 2000, then by forcing the Israeli army to a standstill in 2006, and finally through the prisoner exchange. What did Israel get out of this deal? Two dead soldiers. When I went to the south of Lebanon in July I saw posters that read “Nasrallah is the guarantee of freedom. Olmert is the guarantee of humiliation.” Another, regarding the prisoner exchange, read, “Lebanon is shedding tears of joy. Israel is shedding tears of pain.” The scene in Beirut on the day of the prisoner exchange, with cars racing through the street waving flags and girls hanging out of the windows, reminded me of a country that had just won the World Cup. But particularly among the Sunni community in Lebanon there are those who feel enormously threatened by the shifting balance of power caused by the rising esteem and influence of the Shia population.

IPS: Is Hassan Nasrallah popular among Muslims or Christians?

DC: I talked to a Sunni economist, educated at the London School of Economics, who calls Nasrallah a demigod. “The right man for the right moment” is how he characterised him. His sentiment, shared by many, is that Nasrallah never makes a promise he doesn’t keep, and that he’s incorruptible. This distinguishes him from the rest of the power elites in Lebanon, many of whom are ex-warlords who keep recycling back into power. These guys live like rock stars. On the Christian side you have a huge number, the supporters of Michel Aoun, who are the main allies of Hezbollah. They don’t seem at all threatened by the rise in Shia influence and don’t think it will mean an end to girls wearing bikinis on the beach. This is about power, not religion.

IPS: What is the influence of foreign forces, like Iran and Saudi Arabia, on Lebanese politics?

DC: Saudi money is everywhere in the region and one of the most under-reported phenomena, perhaps because they don’t exactly give press conferences and perhaps because they are still allied with the U.S. In affairs of power, most marriages are of convenience. And Iran has supported Hezbollah from the beginning. You can see posters of Ayatollah Khomeini in the Dahiya, the Shia-dominated southern suburbs of Beirut. The notion that Iran is pulling the puppet strings on Hezbollah doesn’t have much merit however – it’s a confluence of interests, and Hezbollah runs itself with an efficiency that is absolutely without precedent in the region. As a journalist you quickly understand that you are not dealing with a bunch of rag-tag fighters. These guys are professional, disciplined, and smart. But to some extent you could view Lebanon, like Iraq, as another battleground in the proxy war between Saudi Arabia and Iran. In both cases, Iran is currently winning.

IPS: There have many discussions about the way Hezbollah, as a non-state actor, must be disarmed in order to bring peace to the region. Do people support this idea?

DC: Since the Doha accord in May, which restored Hezbollah to the Lebanese government and essentially gave it the veto power it demanded, nobody is talking about disarming Hezbollah. All of the politicians in Lebanon genuflected in return for photo-ops during the prisoner exchange. This exchange was an enormous publicity coup for Hezbollah, it can’t be overstated. You won’t find many in Lebanon who will argue that the Lebanese army could take on Israel, and that threat is omnipresent.

IPS: Can you see any situation in which Hezbollah would decide to disarm?

DC: Hassan Nasrallah mentioned in a speech recently that he would be willing to work with the Lebanese army on security.

IPS: In Western countries Hezbollah is considered a terrorist organisation, whereas in Arab countries it is seen as a legitimate force. How have these two polarised views prevented understanding of the realities on the ground?

DC: Well obviously Hezbollah represents a constituency that has legitimate fears and concerns, whatever we think of how they behave as a result. It is always the case that small groups use asymmetrical tactics against armies. As we know, Hezbollah built its strength on its social networks, delivering the services that the government cannot or will not provide to the impoverished Shia population. In the eyes of that population, Hezbollah are their only defence against outside aggression, because no one else gives a damn. Labels are being used to dismiss the underlying concerns and until those concerns are addressed you will see non-state actors take over where government fails. At the same time, if a government did what Hezbollah has done, confronting Israel and the U.S., they would likely be branded as terrorists as well. Ultimately, and we should know this by now, we create peace by talking to our enemies, not our friends.

IPS: You were recently in Syria, Lebanon and Jordan. How do the Arab populations in these countries view Barack Obama, John McCain and U.S. policy in general?

DC: Interestingly, when I arrived in Jordan I had dinner with a Palestinian businessman who ran security companies in Iraq. He was very pleased that McCain wanted to stay in Iraq for a hundred years – it’s good for business. But the man everyone is talking about is Obama. Keep in mind that Arabs are not free of chauvinism against black people. And while some have read his books and most think he is more reasonable than McCain, they aren’t expecting miracles. They were up in arms over his statements at the AIPAC conference about an undivided Jerusalem. Palestine is still the raw wound in the Middle East.