HARARE, Sep 24 2008 (IPS) - You could spot her easily in the evening newscasts: the only woman among the grey-suited men daily accosted by reporters as they emerged, tense and tight-lipped, from the closed-door meetings. 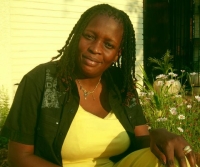 On Sep. 15, when the power-sharing agreement was signed amidst cheers and clapping, her eyes darted across the room, in vain.

“There was not even one placard from the women’s movement,” she told IPS. “I was greatly disappointed.”

The comment betrays her activist heart and life. For Misihairabwi-Mushonga, 41, is not your typical mainstream politician, slowly rising through party ranks. She cut her teeth with the women’ and human rights movement in the early 1990s, when civil society clawed its space in Zimbabwe’s de facto one-party state.

As founder of the feminist Women and Aids Support Network in 1989 and later of the National Constitutional Assembly (NCA), Misihairabwi-Mushonga has been defying oppression – patriarchal and political – since she finished a degree in journalism. The media lost a reporter and civil society gained an activist.

“She is one woman whose commitment and determination struck me,” says NCA chairman and long-time fellow activist Lovemore Madhuku.

Her mentor and inspiration was the fiery feminist Margaret Dongo, a former liberation struggle guerrilla and later Zanu PF Member of Parliament (MP), who dared to criticize the ruling party and ran as an independent candidate in 1995 on a platform of democracy and human rights.

Misihairabwi-Mushonga learned the ropes as Dongo’s polling agent and was elected as a councillor in Harare in 1996. Civil society was growing stronger. Something bigger than Dongo’s tiny party was brewing – the MDC – and Misihairabwi-Mushonga threw herself wholly into it.

MDC voters in Glen Norah, Harare, elected her to Parliament in 2000 and again in 2005 – elections marred by violence, torture and murder of the opposition. She was briefly arrested in 2004.

In Parliament, she became the first woman to chair the Public Accounts portfolio committee and was key in drafting the Sexual Offences Act in 2001 and the Domestic Violence Act approved in 2006.

Luta Shaba, the director of Women’s Trust, an NGO in Harare, describes her as “principled and passionate.”

Having a feminist in Parliament has helped the women’s movement, says Shaba: “She has given us guidance on how we can engage with politicians and political parties, and this has made a great deal of a difference.”

In late 2005, when Arthur Mutambara broke from the MDC, Misihairabwi-Mushonga became deputy secretary general of his faction. She lost her parliamentary seat in this year’s election but is tipped to be appointed to the new unity cabinet.

The downside of her career is little time, due to long nights and frequent trips, with her husband, 16-year-old son, stepdaughter and two young nieces from her late brother, who live with her.

“I can’t remember the last time I spent a whole week at home,” she told IPS.

Having a supportive husband and family helps. Her Pentecostal church and network of friends are another source of energy in tough moments, for example, when the negotiations reached a stalemate and no compromise seemed possible between the two arch-rivals, Robert Mugabe and Morgan Tsvangirai.

Another challenge for Misihairabwi-Mushonga during the negotiations was being always surrounded by men. “Even when we went to the SADC summit, all the heads of state and their foreign ministers were male, except for Nkosazana Dlamini-Zuma (South Africa’s foreign minister),” she recalled.

The exclusion of women shows “the patriarchal nature” of Zimbabwean politics and “speaks volumes of what (the parties) think about women,” she told IPS.

Having more women in the talks might have prevented the frequent standoffs and flare-ups, she says: “Men tend to be more rigid; for women, compromise is not seen as a weakness.”

Generally, she hopes to see more women in politics: “Women need to sit down and look at the opportunities presenting themselves through this agreement. Unfortunately a lot of women activists, a lot of feminists shy away from hardcore politics.”

One reason for this, she says, is “the stereotypes that have been instilled into women erode their confidence when it comes to holding political office.”

The violence and the economic crises that have battered Zimbabwe since 2000 make it hard for women to consider a political career.

But if political violence stops and the agreement that Misihairabwi-Mushonga helped broker holds, surely more women will follow the trail that she has blazed.