DILI, May 20 2009 (IPS) - Seven years after winning its independence following nearly five centuries of foreign domination, East Timor is firmly and proudly building its future, despite the heavy burden of widespread, deep-rooted poverty. 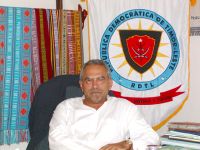 After 460 years of Portuguese colonialism and a quarter-century of occupation by East Timor’s powerful neighbour, Indonesia, it has not been possible to resolve a centuries-old problem of extreme poverty in just seven years of independence, President José Ramos-Horta tells IPS in this exclusive interview.

Between the Nov. 28, 1975 unilateral declaration of independence by Portugal’s most distant and neglected colony and the international recognition of its independence on May 20, 2002, Ramos-Horta was a key figure in East Timor’s resistance movement.

A tireless fighter for East Timor’s independence struggle between 1975 and 1999, Ramos-Horta was awarded the Nobel Peace Prize in 1996, jointly with Catholic Bishop Carlos Filipe Ximenes Belo.

The prize was seen as recognition of their perseverance in denouncing the worst genocide relative to population since the Holocaust: fully one-third of the country’s 660,000 people were killed or starved to death during the 24-year occupation by Indonesia.

Ramos-Horta was born on Dec. 26, 1949 in Dili to a Timorese mother and a sergeant in the Portuguese Navy. Four of his 10 brothers and sisters were killed during the occupation.

The current president’s Portuguese father was banished to East Timor for taking part in a failed 1936 uprising by non-commissioned officers against Antonio de Oliveira Salazar, dictator of Portugal from 1932 to 1968. (The dictatorship stretched from 1926 to 1974, four years after Oliveira Salazar’s death.)

When he was just 25 years old, Ramos-Horta became foreign minister of the short-lived “Democratic Republic of East Timor”, proclaimed on Nov. 28, 1975 and dissolved by the Indonesians when they invaded the former Portuguese colony on Dec. 7 that year.

At the time of the invasion, Ramos-Horta was at the United Nations General Assembly in New York, where he was presenting the new country.

During his 24 years in exile, Ramos-Horta was the diplomatic face of the East Timorese independence effort, representing abroad the leader of the resistance movement, former president (2002-2007) and current prime minister José Alexandre “Xanana” Gusmão.

On May 9, 2007 he handily defeated his rival Francisco Guterres in the presidential elections, and succeeded Gusmão, his long-time friend and companion in the struggle.

The challenges faced by Ramos-Horta are daunting in this small South Pacific nation of 1.1 million people that occupies the eastern half of Timor island at the southern tip of the Malay archipelago, 600 kilometres from the north coast of Australia. The other half of the island, West Timor, forms part of Indonesia.

IPS: The economy of your country, which has a per capita income of 600 dollars, has traditionally been based on cacao, coffee, cloves, and coconuts, but vast reserves of oil and natural gas have also been found in the last few years. JOSÉ RAMOS-HORTA: East Timor posted one of the best economic performances in the world in 2008, with 12.5 percent real – not oil-based – growth.

It’s clear that economic growth alone does not mean that the centuries-old problems of extreme poverty have been resolved. But I again want to emphasise that our economic growth last year was based on agriculture, which improved with good rains and an increase in coffee output.

IPS: Will oil play an important role in the process of eradicating, or at least reducing, extreme poverty? JRH: Yes, the oil and natural gas revenues are enabling us to invest more in the poor, something that I always advocated, for example through direct cash transfers of 20 dollars a month…to the elderly and the most vulnerable, veterans of the resistance struggle, widows, orphans and others affected by poverty.

In 2007 we already achieved economic growth of eight percent, only months after the 2006 political crisis that caused our economy to contract to below-zero growth. I think it’s possible to continue posting growth of around 10 percent in 2009.

IPS: Giving help to the poorest of the poor inevitably translates into an increase in public spending. JRH: In this stage of our development it is essential to support the most vulnerable, but yes, it’s true, we will have to be more prudent with public spending in 2010.

IPS: Since the 2006 crisis, there has been virtually a climate of civil war, because of the irreconcilable positions taken by then president Gusmão and Prime Minister Mari Alkatiri, who stepped down. In that scenario, you appeared as the only person working towards a consensus. Three years later, do you think you have managed to achieve stability? JRH: On the political front, the government of the five-party Alliance of the Parliamentary Majority (AMP), led by Prime Minister Xanana Gusmão, which will complete two years in office in August, has shown itself to be quite solid, despite the fact that it is a broad, heterogeneous coalition that has faced complex challenges in governing.

FRETILIN (the Revolutionary Front for an Independent East Timor, presided over by Alkatiri) has been a tough, strong opposition force, never giving the AMP a respite. The prime minister, in conversations with me, has praised the way FRETILIN has played that role, which is vital to our democracy and crucial for overseeing government action and avoiding excesses.

IPS: And with respect to security? JRH: In that respect, East Timor is at peace. Things are very calm in the neighbourhoods and streets of all districts. For comparison, according to United Nations crime rates from 2008, the country had 169 cases of simple assault per 100,000 inhabitants, compared to a global average of 250.

It is not in vain that a recent opinion poll conducted throughout the country by the International Republican Institute found that 79 percent of respondents approved of the prime minister.

In the areas of politics and security, we have managed to stabilise the situation overall, although we admit that our institutions and political culture are still very fragile.

IPS: East Timor was occupied for 24 years by Indonesia, which was forced to pull out by an international military force in August 1999. Australia consistently supported the invasion and Portugal colonised this country for 460 years, doing very little to develop it. How are relations with these three countries today? JRH: Our relations with Indonesia are exemplary. They could not be better. With Australia they are also optimal. We have been able to maintain good relations with these two neighbours – which are different, of course, but are both powerful – based on a realistic, pragmatic policy focused on consolidating our national interests.

Portugal is a chapter apart. Our relations with it are special, founded on centuries of history, but also based on the last 30 years, when it was the country that gave us the most support, while it remains one of our best friends today.

Portugal has a strong presence in East Timor, not only because of the obvious affective ties, but also in the form of important concrete support, as it is one of our biggest partners in the area of development, as well as in defence and security.

IPS: Nevertheless, in Portugal itself, criticism is often voiced about the centuries-old neglect by Lisbon of the most ill-treated of its former colonies. JRH: Timor has not had an easy history, but in spite of everything, it has the best of memories of Portugal.

The thing is, if we look at the overall picture, the little that East Timor has had of spiritual, moral and religious wealth is owed to those missionaries who struck roots in this far-away island. It’s true that the state did little over all those centuries, but a country is not only a state. It is also the common people, who settled here and formed mixed-race families; and it’s the Catholic Church, which built our most beautiful and best schools.

IPS: It has been over a year since the Feb. 11, 2008 attempt on your life. Did the fact that you survived further strengthen your well-known religious convictions? JRH: I survived the assassination attempt because God wants me to live so I could continue serving our long-suffering people. The physical scars (from two bullet wounds in the back) are there, visible, but I bear no ill-feeling towards those who wanted to hurt me.

I could quote Christ when he was dying on the cross: “Father, forgive them, for they know not what they’ve done.”

IPS: And the reasons for the attack have yet to be clarified. JRH: That’s true. Actually, until now no one has been able to find a coherent explanation for what they did. The man who shot me, Marcelo Caetano, the alleged assassin, broke down crying and confessed that it was his decision, saying he was mentally disturbed.

At any rate, I’m alive, in good health, I walk between five and 10 kilometres nearly every day without getting tired, and I have the same spirit: open to everyone, little and big, with a great joie de vivre.

* Not for publication in Italy.