Q&A: Defining – and Defying – the ‘Most Proper Way’ to be Sexual

CAPE TOWN, Jan 16 2010 (IPS) - “The Prize and The Price – Shaping Sexualities in South Africa” is the first book of its kind in South Africa to unpack the ideology behind the enforcement of “acceptable” versions of sex, gender and sexuality. 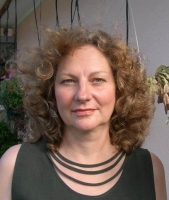 Melissa Steyn: 'One version of sexuality marginalises and oppresses people whose sexuality cries out for expression in ways that don't fit the norm.' Credit:

The book’s editors, Melissa Steyn and activist Mikki van Zyl, take aim at the system of “hetero-normativity”: the institutions and norms that enforce exclusive heterosexuality.

Christi van der Westhuizen spoke to Steyn, who is the director of Intercultural and Diversity Studies of South Africa at the University of Cape Town, South Africa.

Q: Why study hetero-normativity? A: Because hetero-normativity is so powerful in the way it structures social behaviour, expectations and our identities. It is invisible, so we tend not to be conscious of the extent to which it shapes our society.

This is true for most dominant ideologies. But hetero-normativity is even less within our conscious understanding day-to-day than, for example, how whiteness operates to shape the racial order.

Q: I can hear religious and political leaders saying “this is the way God ordained and nature intended it”. A: The belief that it is natural or ordained is the ideology that renders it natural, normal and unquestionable. It makes it seem inevitable and in everybody’s best interest while silencing voices and making it seem dangerous or evil to even question it.

Q: And this narrows human experience to one specific expression? A: That is the point. (This version of sexuality) has become so normative and rigid that it marginalises and oppresses people whose sexuality cries out for expression in ways that don’t fit the norm. It de-legitimises and punishes the fuller experience of our humanness.

One needs to understand sexuality not just as intercourse but as the way we express ourselves through our bodies. It is something closely linked to our sense of self and our ability to love and be loved. A lot of sexual expression that is harmless to society is censured.

Q: Any examples? A: It is a mistake to think of homosexuality as the only stigmatised sexuality. Within hetero-normativity there is a pressure towards the most proper way in which people should be sexual. It is ideologically linked to reproductive sex.

In reality, very few sexual encounters are about reproduction, which shows that this is an ideological construction. There is enormous variation in motivation and need for sexuality.

Within heterosexuality is this notion older people should not be sexual and there is something disgusting about it – the “dirty old man” stereotype. We die sexual – it is part of being alive.

Another dominant position is that disabled people should not be sexual, which is where disabled people experience their oppression most profoundly by able-bodied society. They also want to engage with other people in ways that are sensual, sexual and loving.

Q: There is also a stark difference in what is allowed for male as opposed to female sexuality. A: Hetero-normativity enables patriarchal control and gendered oppression, and vice versa. The policing of women’s bodies in patriarchal systems is always more severe than that of men’s bodies because women’s bodies are understood to be there for the pleasure and purposes of men.

Whose interests does it serve to have a whole class of women who have no recourse to the law, who are permanently available as sexual objects but without any way of protecting the conditions under which that happens?

Prostitution is part of all women’s oppression but we don’t see it that way. When the topic of prostitution comes up, people say without exception it is the “oldest profession”. And there’s always the suggestion that women do it for gain.

It makes it seem like a class of women who are available for the sexual convenience of men is something that is part of humanity. As in, “we’ll always have this type of woman who wants to make money out of men by exploiting their vulnerabilities”.

Q: So men are presented as victimised by women? A: Men have more power and can define both their own sexuality and that of women. The understandings we have of men’s sexuality – that they have “less control”, that they need to “sow their wild oats” – those are all a function of that privilege, that they can have more licence, more freedom, more advantages, more pleasure and be less accountable to women.

It’s about saying “we have to have our way” because “we were made this way”. And then the less powerful people get blamed for the licence that the more dominant people take. The girl who gets pregnant carries the stigma and the blame. Her life opportunities are diminished and not those of the boy. She ends up carrying the burden for his licence.

Dominant groups often construct themselves as victims. The position of the victim is very powerful because it in effect signals that you can’t question it. If a man is a victim of his sexuality, well, what can we do about it? It is a way of deflecting responsibility.

At the centre of the analysis is power. The counter-discourse says if you talk about marginal sexualities, you are “opening the floodgates”. That is a lazy way of thinking. We are not saying paedophilia is legitimate, for example, because that involves completely unequal power relations that make it unethical. We’re not saying that violent sex is okay.

Q: There seems to be a high tolerance for rape in South African society, given women’s difficulty in getting justice and with marital rape being legal until recently. A: This work is about examining the power relations at work in either tolerating or encouraging some kinds of sexual expressions and censuring, disciplining, stigmatising and closing down others.

Some of the kinds of sexual expressions that are severely stereotyped are quite harmless when you look at them. Others that are allowed to be at play in our society in highly virulent ways need to be looked at in terms of what is actually going on there in relation to hetero-normativity and how it interacts with patriarchal construction and, for that matter, race and class.

Q: Class and sexuality also come together in the idea that people of lower classes are more “licentious”… A: Which is of course about who should really be allowed to reproduce. In the Victorian era, the medical fraternity theorised that poor people had a gland at the back of their heads that made them “love” to procreate.

That is similar to white discourses about how black people procreate; or Northern discourses about how Africans procreate when in fact it is a relatively under-populated continent compared to others. It’s got to do with whose reproduction is seen as problematic to whom. Ironically, for poor or black people reproductive sex itself is made the problem.