WASHINGTON, Oct 25 2011 (IPS) - When Mona Kareem, a member of the Bidoun population of Kuwait, was 11 years old, a neighbour Kuwaiti woman asked her where she was from. When Kareem answered, “I am from Bidoun,” the woman laughed at her. “There is no country called Bidoun. There is no Bidoun.” 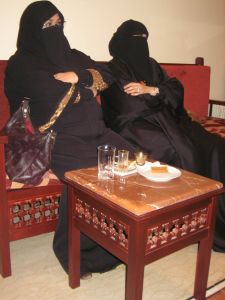 That was the moment, Kareem said, when she came to the harsh realisation that being Bidoun and being Kuwaiti were not the same thing.

Kareem shared her story Tuesday at a conference on statelessness and gender discrimination organised by Refugees International (RI) at the U.S. Institute of Peace (USIP). It was, she said, the first time anyone from Kuwait’s Bidoun community had ever shared their story in the U.S.

Estimated to be about 100,000, the Bidoun, which means “without” in Arabic, live their lives without any nationality in Kuwait and other states. Although they are culturally and linguistically no different from Kuwaiti citizens, Bidoun are treated as “illegal residents” there, RI reports.

Their stateless status blocks them from access to the privileges and rights Kuwaiti citizens enjoy such as drivers’ licenses and birth, death, marriage, and divorce certificates.

According to RI, about 12 million people worldwide lack effective citizenship, a status that deprives them of rights such as legal representation, identity documents, and access to public schools. And in many countries, discrimination against women in nationality laws aggravate or actively create statelessness.

For example, Kuwaiti women, unless they are divorced or widowed, cannot pass on their citizenship to their children, according to RI. In this way, many children of Bidoun fathers inherit their fathers’ statelessness.

Forty nations in the world have explicit gender discrimination in their laws, and 30 nations have nationality laws in which mothers are not able to convey their nationality to children when they are married to someone stateless or of a different nationality.

These laws create situations in which “statelessness is actively being created because mothers cannot pass their nationality,” Guterres said. He urged the 30 countries to amend their nationality laws to allow “all of the world’s mothers to convey their nationality to their children in the same way as fathers”.

Michel Gabaudan, president of RI, emphasised the global nature of statelessness and pointed to the Roma people of Europe and Southern Sudanese currently living in Khartoum. Southern Sudanese in Khartoum are “at risk of becoming stateless if the state does not adopt a measure to establish citizenship”, Gabaudan said.

Kareem, an activist who tweets avidly under the Twitter username @monakareem, was born in Kuwait in 1987 and began publishing poetry at the age of 14. Although most Bidoun cannot attend university, she eventually won a scholarship to a private university in Kuwait and is now a student of comparative literature at State University of New York, Binghamton. She is a contributor to Global Voices, GV Advocacy, Jadaliyya.com and Migrant-rights.org.

But Kareem said most of her female peers met a different fate. She said many young women like her try to avoid giving their children the destiny of statelessness by marrying Kuwaiti men or choose never to marry. Others commit suicide. Still others are “fighting for documents and bringing more kids into the same tragedy”.

Bidoun youth, who have few employment prospects and little hope of university education, drop out of school and suffer from major depression, according to Kareem. “None of them have hope,” Kareem said. “None of them even use the word hope.”

Despite the harrowing accounts of stateless peoples throughout the world, Guterres said there is reason for hope. He said 10 countries have recently made progress or changed their constitutions to reduce or eliminate gender discrimination in their laws, and he pointed to Tunisia as an example.

Since former President Zine El Abidine Ben Ali’s ouster in January 2011, government officials Tunisia have voted to more stringently adhere to the Convention on the Elimination of All Forms of Discrimination against Women (CEDAW), an international gender non- discrimination treaty, giving Tunisian women equal rights to nationality and to equality within the family in matters of marriage, divorce, and custody.

He said the UNHCR was currently working with South Sudan, Nepal and Vietnam as they draft new constitutions and nationality laws to help eliminate problems that still exist.

Sarnata Reynolds, RI project manager for statelessness, said Libya also amended its nationality law in May, 2011. She said the UNHCR launched a major campaign on statelessness at the end of August.

In a success story from Algeria, Algerian activist Lalia Ducos described how women’s rights activists and artists in that country in 2003 formed the “20 Years is Enough” movement to mark the 20th anniversary in 2004 of the country’s gender discriminatory family code legislating marriage, divorce, inheritance, and guardianship.

As part of the campaign, women musicians from Algeria, France and Argentina created a widely-circulated video to promote reform of the Algeria’s family code, and in 2005, the code was reformed. The real breakthrough, Ducos said, was that the new code lets women pass on their citizenship to their children. Previously, only a man could pass on citizenship.

“It ensures a woman that her children will always have a nationality, no matter her choices in love and marriage,” Ducos, speaking in French, said through an interpreter. Ducos has hope for women suffering from gender discrimination everywhere.

She said, “Our liberation should blossom at the same time as the Arab Spring.”