BANGKOK, Feb 21 2012 (IPS) - As campaigning for the Apr. 1 poll in Burma (also Myanmar) gets into full-swing, there are misgivings on whether the National League for Democracy (NLD) party of pro-democracy leader Aung San Suu Kyi will get a fair deal. 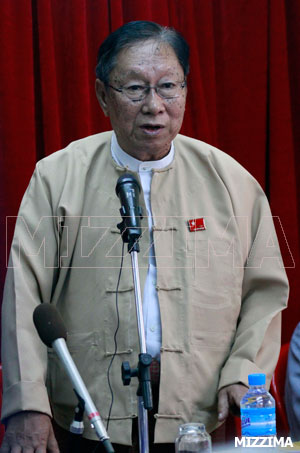 The election is a test of strength between the liberals who support President Thein Sein’s reform agenda, and hardliners who seem intent on derailing the reform process, despite publicly declaring support for it.

Already NLD spokesman Nyan Win has complained of difficulties in getting permission to use public venues for its meetings. “We want fair play, but restrictions have lately increased. We hope the government keeps its word and allows a free and fair election,” he told IPS.

Suu Kyi, however, needs no venues and thousands of supporters and well-wishers flock her routes to catch a glimpse of the iconic figure who spent most of the last 20 years under house arrest.

Everywhere the reception has been the same, with adoring crowds yelling their support for the Nobel peace laureate who led the NLD to a landslide victory in 1990 – only to be thwarted by the military which refused to hand over power.

“She’s treated like a pop star,” said freelance journalist Min Thu who has been following her entourage. “The excitement is overwhelming as people want to see her, waive to her, and for those close enough, to touch her.”

“Now we can have democracy,” said Aye Win, a retired schoolteacher in Rangoon. “When she is elected she will help end poverty and repression in the country,” she told IPS over email.

The NLD is contesting almost all the seats – 40 in the lower house, six in the upper house and two in the provincial assemblies.

While this represents less than 15 percent of the seats in the national assembly – 440 seats in the lower house and 224 in the upper house – the results are less important than the way in which the polls are conducted.

“Suu Kyi’s decision to run for parliament is an extremely important move for the future of the country,” said Prof. Sean Turnell, a Burma specialist at Macquarie University, Australia, who recently visited the country.

“She is uniquely placed to drive reform forward and bring on board a substantial constituency to help maintain that momentum,” Turnell told IPS.

United States secretary of state, Hillary Clinton, stressed the need for the by-elections to be free and fair when she met government leaders in December in the capital of Naypyidaw.

Since then the mantra has been constantly repeated. United Nations human rights envoy, Tomas Ojea Quintana, on his mission there last month, said that any rolling back sanctions was dependent on the conduct of the by-elections.

“We have taken the necessary measures so that the upcoming by-elections will be free, fair and credible,” speaker of the lower house, Shwe Mann, told European Union development commissioner, Andris Piebalgs, last week.

Piebalgs, who announced a new 150 million euro (198 million dollars) aid package for Burma, said in a statement that the purpose of his visit was “to assess the ongoing reforms and encourage their continuation.”

However, many leaders of the army-backed, ruling Union Solidarity and Development Party (USDP) are not happy and there is evidence that they are trying to scupper the NLD’s campaign.

This became evident a few weeks ago when Suu Kyi wanted to speak to her supporters in Mandalay. The EC gave her permission to speak, but she was not allowed the use of the main stadium there to address the rally.

On her first trip to the Dawei industrial zone in southern Burma it became clear that former fisheries minister and USDP central executive member, Maung Maung Thein, had warned residents that if they did not vote for the USDP they would lose their jobs, sources told IPS.

Maung Maung Thein has considerable business interests in the area – especially in the fishing industry – and he has also been accused of colossal corruption.

All along the main road in Suu Kyi’s constituency of Kawmhu on the outskirts of Rangoon there are big, colourful billboards giving credit to the USDP for infrastructure projects, medical centres and schools built by the government.

This may not dissuade voters from electing Suu Kyi, but may influence voting in other parts of the country.

The pro-democracy leader is not anxious to cry foul. “We have certainly come across a few hitches in the last couple of weeks with regards the campaign of the NLD,” she told reporters.

“We hope that these will be sorted out because free and fair elections depend on how a campaign goes, not just how people are allowed to cast their vote on the day itself,” she said.

“The problem is access to resources, and when so much is at stake that there will be setbacks,” said Aung Naing Oo, a former activist and now development specialist who returned to Burma from exile in Thailand for the first time in 20 years.

“There will always be obstacles to democratic change in the short-term, especially the danger of vote buying,” he told IPS.

While the NLD may win most of the seats it contests, it will be a minority party in the parliament. More than 70 percent of the parliamentary seats are already held by the pro-military legislators from the USDP, including many who are serving soldiers nominated by the army chief.

“Even if she is the leader of a minority party in parliament, Suu Kyi will be a potent symbol for national reconciliation and democratic change,” said Nyo Myint, a political analyst and pro-democracy activist based in Chiang Mai, Thailand. “The lady is showing her trust in the government,” he said.