UNITED NATIONS, Feb 29 2012 (IPS) - Gender considerations remain largely disregarded in existing climate funds, even though women are some of the hardest hit by the impacts of climate change on livelihoods and agriculture. 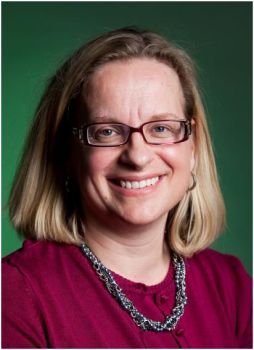 The Green Climate Fund (GCF), which would receive a portion of the 100 billion dollars a year expected from rich nations by 2020, could prove to be “important way to put equity back into the multilateral response to climate change”, says Liane Schalatek, Associate Director of the Heinrich Böll Foundation in North America.

However, most climate financing – whether channeled through funds, governmental spending programmes, ministry initiatives or bilateral and multilateral agencies to reduce emissions and to help societies to deal with the adverse effects of climate change – lacks gender responsiveness, she stressed.

Together with the Oversees Development Institute, the Heinrich Böll Foundation monitors the 25 most important climate funds (Climate Funds Update), tracking down who pledges what, how much donors have disbursed, and to where climate financing flows.

A participant in the fifty-sixth session of the Commission on the Status of Women (CSW) in New York, being held in New York from Feb. 27 through Mar. 9, Schalatek spoke with IPS U.N. Correspondent Rousbeh Legatis about taking stock of climate financing through a gender lens.

Q: Looking at existing dedicated climate funds, you found gender considerations to be an “afterthought” instead of systematically addressed. Could you explain that further?

A: Several of the existing climate funds, for example the Least Developed Countries Fund (LDCF) or the Special Climate Change Fund (SCCF), both dealing with adaptation and administered by the Global Environment Facility (GEF), have been in existence for more than 10 years.

Others, such as the Climate Investment Funds at the World Bank or the Kyoto Protocol Adaptation Fund, have only operated since 2008/2009. At the time of their operationalisation, the discussion about gender and climate change was an exotic one that had not yet extended to climate funds and financing instruments and need to make them more gender-aware and gender-responsive. This is a fairly new topic in the global climate finance discourse itself.

However, these funds several years into their operations with their first projects and programmes implemented have realised that without gender considerations, their funding is less effective and less equitable. Their experience confirmed that of development finance, where a focus on gender equality has proved to be a core contributor to better development outcomes.

Better outcome of climate actions is particularly important in times of scarce public funding availability. By including some gender provisions retroactively, for example consultation guidelines that stipulate the outreach to women as a special stakeholder group or the inclusion of a gender analysis in project proposals, fund boards and administrators feel that they have a better chance of benefitting more people in developing countries.

However, putting some provisions retroactively into funding mechanisms is not the same as designing them in a way that is focusing on improving gender equality in recipient countries as an important and expected co-benefit of funding climate actions.

A climate fund designed this way would include gender equality as one of the goals of its actions; would strive for gender-balance on its governing bodies; make sure that there is gender-expertise among its staff to evaluate proposals for their contribution to gender equality; write operational and funding guidelines that stipulate the inclusion of gender indicators and gender analysis in any project proposal; and monitor for gender equality co-benefits as part of a results framework.

So far, no existing climate fund has managed such a comprehensive integration.

Q: Could you describe the consequences if climate funds are not gender-responsive?

A: If the financing that climate funds provide for mitigation and adaption actions is not gender-responsive, projects and programmes done in the name of climate protection might actually hurt women or discriminate against women (in violation of women’s human rights).

They are also likely to be less effective in reaching long-lasting results. For example, in Sub-Saharan Africa, women are still the primary agricultural producers, accounting for up to 80 percent of the household food production.

As women own little of the land they work on, they are often kept out of formal consultation processes to determine adaptation needs of rural communities and are unable to secure credits or other agricultural extension services.

In times of food insecurity – aggravated by the extreme weather variability and long-term weather pattern changes brought on by climate change – women and girls are often likely to receive less food because of gender-based distribution dynamics within households.

To be effective, adaptation policies and funding for adaptation projects and programmes in agriculture in Africa need to consider the gender dynamics of food procurement and distribution both within households and markets.

For example, they should target rural women in Africa specifically with capacity-building, consultation outreach, technical assistance and tailored agricultural extension services. Without a gender- sensitive lens, climate financing instruments delivering adaptation funding for Africa can exacerbate the discrimination of women.

Q: You point to the Green Climate Fund (GCF) as particularly promising to change business as usual in global climate financing. Why?

A: The GCF in its governing documents already has several references to a gender-sensitive approach integrated, for example, with respect to gender-balance as a goal on the GCF Board and among the staff of its secretariat.

Most importantly, it has stipulated in its objectives and principles that promoting gender responsiveness is to be considered an explicit “co-benefit” of any funding done by the GCF. Verbally, this is already more than any other existing climate fund has integrated.

Of course, the challenge is now to make sure that these words are operationalised into concrete measures or mechanisms, for example in the form of gender indicators and gender-inclusive stakeholder participation guidelines. The outlook is not too bad: The level of awareness of governments, both of contributing and recipient countries, on the relevance of gender considerations to address climate change, has increased.

It is today far greater than just a few years back when many of the other funds became first active. International organisations such as UNDP (U.N. Development Programme), UNEP (U.N. Environment Programme) or multilateral development banks as implementing agencies of many climate funds have become better in supporting governments in writing more gender-aware funding proposals and investment plans.

Lastly, civil society groups, which have played a key role in the GCF design process in pushing the integration of a gender perspective, are committed to work with the new GCF Board and Secretariat, but also to challenge the GCF publicly if necessary, should it fail to turn promises contained in the governing document into actions.

Of course, the GCF can only be operationalised as a gender-responsive climate fund if it receives the full political and financial support of developed countries quickly. Some large funding pledges now would secure its viability.

It would also send a signal to developing countries that developed countries are willing to fulfill their part of the Durban package without quid-pro-quo, but in the spirit of “common but differentiated responsibilities and respective capabilities”.

A gender-responsive, fully funded GCF would thus be one important way to put equity back into the multilateral response to climate change.