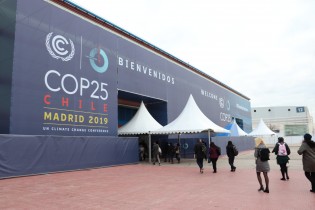 By Kitty Stapp
After a difficult infancy, the Green Climate Fund is finally getting some legs. The big question now is what direction it will toddle off in.
Next Page »
ADVERTISEMENT ADVERTISEMENT