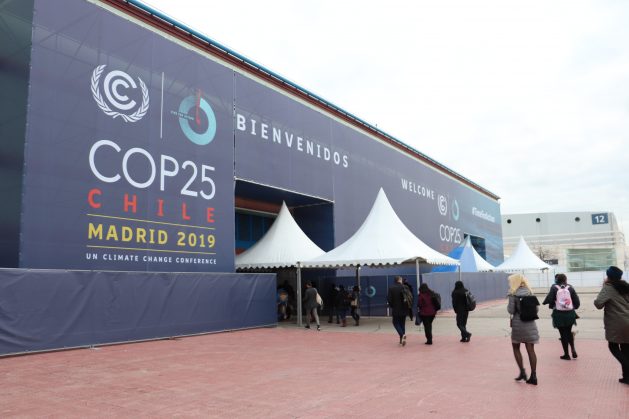 COP25 ended in Madrid without a clear deal on how to finance losses and damage associated with climate change impacts as proposed by the developing countries. Credit: Isaiah Esipisu/IPS

MADRID, Dec 17 2019 (IPS) - Millions of people, particularly in Africa, who lose their property, homes, and even die due to climate-related disasters will have to wait at least another year for the international community to agree on a means of supporting them.

This became clear when the 25th round of negotiations on climate change came to an end in Madrid, Spain on Dec.15 without a clear deal on how to finance losses and damage associated with climate change impacts as proposed by the developing countries.

“We expected a review of the Warsaw International Mechanism for Loss and Damage for it to have a clear means of implementation, especially for emergency response in Africa,” Prof Seth Osafo, the Legal adviser of the President of the African Group of Negotiators (AGN) told IPS.

The Warsaw International Mechanism (WIM) for Loss and Damage associated with Climate Change Impacts was established in 2013 during the 19th round of climate negotiations in Warsaw, Poland under the United Nations Framework Convention on Climate Change (UNFCCC) to assist developing countries that are particularly vulnerable to the adverse effects of climate change.

“The common person in Africa is suffering and this is an urgent call for international support,” said Michael Arunga, the Emergency Communication Specialist for World Vision’s Mali Response office.

In Mali alone, says Arunga, 5.7 million people are in dire need of humanitarian support, among them 1.6 million children, given the climate crisis and political conflicts in the country.

Mali’s population mainly relies on agriculture as their main source of livelihood. But Arunga notes that the ever-expanding Sahara Desert, frequent droughts and floods have caused the displacement of thousands of families, especially in the northern parts of the West African nation.

Less than two months ago, 42 people died after they were buried alive by landslides in Western Cameroon following heavy rainfall in the Central African Nation.

“It is evident everywhere that millions of people have been forced to migrate from their homes due to unfavourable climatic conditions and related disasters, people have lost property worth trillions of dollars, and millions more have died across Africa as a result of climate related disasters,” said Robert Muthami, a climate change expert from Friedrich-Ebert-Stiftung based in Kenya.

Scientists have already warned that the situation can only worsen in the coming years, and therefore, there is need for urgent climate action. 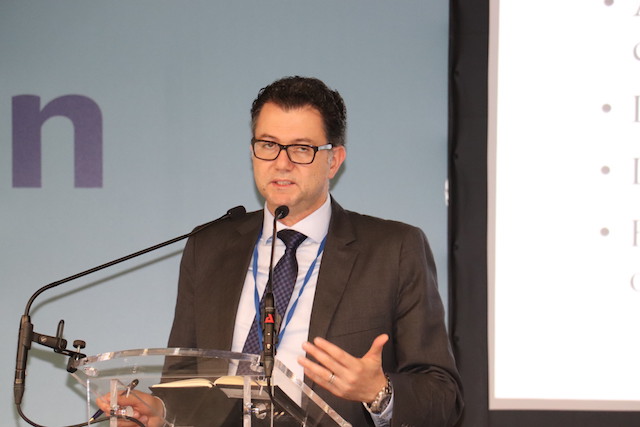 Ambassador Muhammed Nasr, the Chair of the African Group of Negotiators (AGN) told journalists said progress was slow on getting developed nations to commit to scaling up finance for losses and damage associated with climate change impacts. Credit: Isaiah Esipisu/IPS

According to the African negotiators, most negotiators from developed nations were non-committal on scaling up finance. “We have been discussing to very late hours, sometimes up to 3.00am in the morning, but the progress was very slow,” Ambassador Muhammed Nasr, the Chair of the African Group of Negotiators (AGN) told journalists on Friday.

According to Ambassador Seyni Nafo, the former AGN Chair, the team was forced to push some of the most important issues to the next Conference of Parties (COP26), which will be held in Glasgow in 2020.

“It is better to leave Madrid without having decisions on some key issues [rather] than having bad decisions,” said Nafo.

The negotiators said they were avoiding what they referred to as the ‘Kyoto Disease,’ where there is an agreement with rules and procedures, but without any benefit to Africa.

“It is unfortunate that industrialised countries chose to follow the unproductive path, focusing on nitty-gritty and postponing firm commitments,” said Dr Mithika Mwenda, the Executive Secretary for the Pan African Climate Justice Alliance (PACJA). “It was disappointing that they consistently avoided or sidelined any discussion related to providing support, notably finance,” he told IPS.

Studies have shown that Africa emits only four percent of greenhouse gases, which are responsible for global warming, but the continent is the most impacted by climate change.