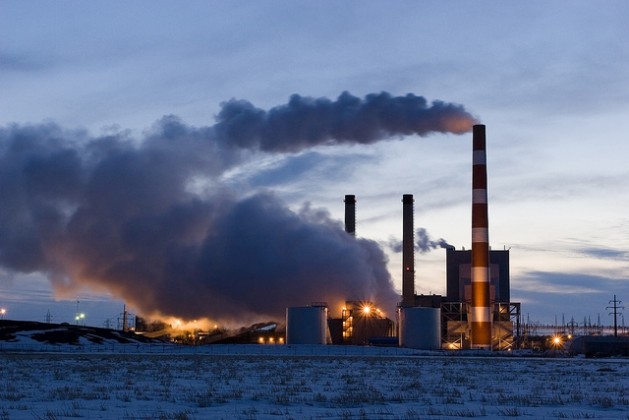 Civil society groups argue that fossil fuels should not be eligible for climate funding in any form. Credit: Bigstock

UNITED NATIONS, Jun 3 2015 (IPS) - After a difficult infancy, the Green Climate Fund is finally getting some legs. The big question now is what direction it will toddle off in.

Local ownership, sustainability and a firm commitment to clean energy are a few of the non-negotiable items if the Fund is to be a success, civil society groups stress.

"Allowing so-called climate financing for projects that are slightly less dirty than a hypothetical alternative is a sure way to game the system." -- Karen Orenstein

“The GCF board is aiming to have at least a few projects in the pipeline in time for COP21 [the high-level climate change summit in Paris in December] – to show the world that the fund is open for business and that developed countries are putting their money where their mouths are,” Karen Orenstein of Friends of the Earth told IPS. “Of course, this will be more credible once substantially more of the money pledged to the GCF is legally committed.

“It is essential that those first GCF projects set the appropriate precedent for future-financed activities. The GCF must showcase the best of what it has to offer,” she added.

“This means directly addressing the adaptation and mitigation needs of the vulnerable through environmentally-sound initiatives that promote human rights and benefit local economies, rather than Wall Street-type transactions that may theoretically have trickle-down benefit for the poor.”

The Fund is the United Nations’ premier mechanism for funding climate change-related mitigation and adaptation in developing countries.

At the Copenhagen climate summit in 2009, donors agreed to mobilise 100 billion dollars a year by 2020, in an undefined mix of public and private funding, to help developing countries. The GCF is to be a cornerstone of this mobilisation, using the money to fund an even split between mitigation and adaptation projects.

Actual funding has trickled in slowly. But delivery of a pledge by the government of Japan late last month for 1.5 billion dollars carried the Fund over the required 50 percent threshold to begin allocating resources for projects and programmes in developing countries.

The Fund aims to finalise its first set of projects for approval by the GCF Board at its 11th meeting in November.

It has also identified strategic priority areas and global investment opportunities that are not adequately supported by existing climate finance mechanisms, and can be used to maximise the GCF’s impact, especially investments in efficient and resilient cities, land‐use management and resilience of small islands.

“Projects must be genuinely country-driven, which means not only government-driven but also driven by communities, civil society and local private sector. And, of course, there must be no trace of support for dirty energy,” Orenstein said.

To date, 33 governments, including eight developing countries, have pledged close to 10.2 billion dollars equivalent, with 21 of them signing a part or all of their contribution agreement. But how to maintain and accelerate that funding in the long term remains to be seen.

In a new analysis, the World Resources Institute (WRI) notes that more than five years after Copenhagen, the sources, instruments, and channels that should count toward the 100-billion-a-year goal remain ambiguous.

In terms of which is most likely to be adopted, as governments negotiate a comprehensive new climate change agreement for the post-2020 period, Michael Westphal, a senior associate on WRI’s Sustainable Finance team, told IPS that parties have not agreed yet on even what finance sources should count.

“Our scenario analysis is focused on assessing how likely is it that each scenario could reach 100 billion dollars, given different assumptions of growth and leverage,” he explained.

“One of the main conclusions, not surprisingly, is that the more sources that are included, the more realistic is it for the 100 billion dollars to be reached – i.e., it would require lower growth rates and assumptions about how much private finance is leveraged per public dollar.”

The International Monetary Fund (IMF) estimates that pre-tax fossil fuel subsidies for OECD countries – long derided as irrational and destructive by environmental groups and many economists – amounted to 13.3 billion dollars in 2012.

“On fossil fuel subsidies, the G20 has agreed to phase them out over the medium term, so we think it is likely to have progress on this front over the next five years,” Westphal told IPS.

“The IMF has written extensively about the costs of fossil fuel subsidies, so the issue is now a front burner issue for multilateral finance institutions.  As for ETS [emission trading system], governments would have to agree to divert some of the revenues from the allowances into their budgets for international climate finance.”

But even should the funding goal be reached, observers will be watching closely to see where the money goes.

Karen Orenstein has compared the push by some governments and financial institutions for “less dirty” fossil fuels to fight climate change to a doctor telling his cancer-ridden patient that “it’s fine to smoke, as long as the cigarettes are filtered.”

She notes that the list of activities that can currently be counted under the Common Principles (approved by multilateral development banks and the International Development Finance Club in March) as “climate mitigation finance” includes “energy-efficiency improvement in existing thermal power plants” and “thermal power plant retrofit to fuel switch from a more GHG-intensive fuel to a different, less GHG-intensive fuel type.”

“In the broad spectrum of fossil fuels, there is always going to be a project or fuel type that is relatively more or less dirty than another,” Orenstein says. “Allowing so-called climate financing for projects that are slightly less dirty than a hypothetical alternative is a sure way to game the system.”

Also on her watchlist? The GCF funding false solutions like so-called “climate smart” agriculture, biofuels, waste incineration, nuclear energy and big dams – many of which are included in the Common Principles.