BOGOTÁ, Apr 30 2012 (IPS) - Romeo Langlois, a French reporter in Colombia, removed his helmet and bullet-proof vest and ran towards the guerrillas during fighting between them and Colombian army troops on Saturday, Defence Minister Juan Carlos Pinzón reported. 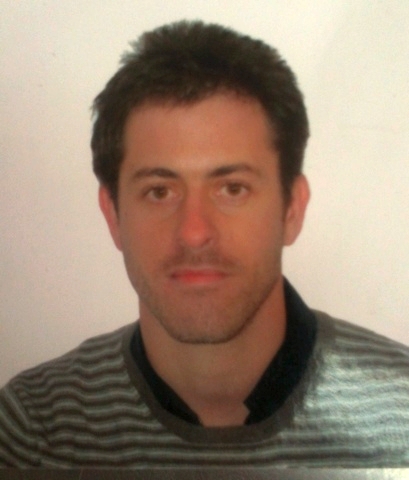 The fate of Romeo Langlois, a French reporter who has worked in Colombia for 12 years, is unknown. Credit: Courtesy Simone Bruno

The Colombian government classifies Langlois as “missing,” while the French government said he was “kidnapped” or “taken prisoner” during the clash.

“Romeo was shot in his left arm and is wounded. And because of the pressure at the scene, he took off his helmet and vest and headed towards the area where the guerrillas were located,” Pinzón said.

Langlois was wearing the military gear because the Colombian army requires that it be used by journalists who are accompanying troops to cover war operations.

But reporters’ advice among themselves is to take off the military gear immediately in case of attack, to avoid being taken for combatants.

According to several members of the army who were taking part in the antinarcotics operation, Langlois abandoned his camera and, shouting that he was a journalist, ran towards the place where the rebels of the Revolutionary Armed Forces of Colombia (FARC) were shooting from.

“I don’t think there has ever been a kidnapping of a correspondent by the guerrillas,” Alfredo Molano, a local journalist who is a sociologist by training, told IPS.

“As far as we know, from the official sources, the reporter voluntarily gave himself up to those who were winning the fight, who at that moment were the guerrillas,” he added. “He couldn’t run to the police or the army, because they had been defeated. So he waved a white flag to the winners of the clash.”

Langlois, who works for the global television network France 24 and the French newspaper Le Figaro, has lived in Colombia for 12 years. He has a reputation among his fellow foreign reporters as a courageous journalist with great expertise on this country’s decades-old armed conflict, the economic interests underlying the war, and its victims.

He and another French reporter, Pascale Mariano, made the documentary “Pour tout l’or de Colombie” (For All the Gold in Colombia), which is currently being shown on many television stations around the world.

The incident occurred on Saturday Apr. 28 near the village of Buena Vista in the southern region of Caquetá, which formed part of the 42,000-square-km area demilitarised by the government of Andrés Pastrana (1998-2002) for peace talks with the FARC, which collapsed in 2002.

Langlois was working with Italian documentary-maker Simone Bruno on an assignment about drug trafficking for France 24 and Le Figaro. They reached the Larandia military base in Caquetá on Tuesday Apr. 24.

A team of reporters from the National Geographic Channel was also there, to film the antinarcotics operation.

But the operation, originally scheduled for Tuesday, was postponed on Wednesday, and again on Thursday and Friday. The National Geographic team left, and Bruno returned to Bogotá because he had other work to do.

IPS learned on Sunday that approximately one week ago, the FARC refused entry into the region by a team of human rights defenders on a routine mission because, according to rumours, the rebel group was planning operations in the area.

A joint army-police antinarcotics force finally made the incursion on Saturday in Unión Peneya, where the village of Buena Vista is located.

Official reports differ as to what happened, and on the number of casualties – reported as anywhere between four and 21 – when an armed forces helicopter was shot.

Reporters Without Borders said in a statement Monday that “The war of words and half-truths is an intrinsic part of the Colombian civil war, and the consequences can be dangerous for its victims. The search for the facts must continue and no statement liable to expose Langlois to more danger should be made until the exact situation has been established.”

Bruno, whose computer was stolen in Bogotá in strange circumstances Saturday, returned to the region early on Sunday.

That afternoon, speaking from Caquetá, he told the television news station Canal Capital that the army had said they would give him Langlois’ video camera, but without the memory sticks – in other words, without the footage he had taped.

Bruno said he did not know where the reports that Langlois had been kidnapped came from, and stressed that the Colombian government reported him as “missing.”

Journalists who cover such operations are given workshops by the military on the risks they will face.

Although journalists travelling in a military vehicle do not in theory lose their protection as civilians under international humanitarian law, according to the same law, they accompany troops under their own risk.

Jesuit priest Javier Giraldo, a prominent human rights defender, pointed out that this kind of reporting “is very dangerous and can be misinterpreted by the other side.”

“Romeo Langlois is well-known by Colombianas y Colombianos por la Paz (Colombians for Peace),” said Gloria Cuartas, a member of that civil society group which helped broker the release of 30 civilian and military hostages held for years by the FARC, and which got the rebel group to promise in February to stop kidnapping civilians for ransom.

“I can attest to his commitment to covering Colombia’s complex armed and social conflict, and to his efforts to reach the victims and the communities that have been affected the most,” Cuartas, who won the 2008 Edict of Nantes prize granted by that French city to those who stand out for their fight for the rule of law, civil peace and freedom of conscience, told IPS.

“Human rights defenders have known Romeo Langlois for years,” said Claudia Girón, a psychologist who is the coordinator of projects with the Manuel Cepeda Vargas Foundation, a local human rights group.

“Langlois is one of those people who, from an ethical standpoint, has shown all sides of the conflict, has pushed for peace in Colombia, and has shown the complexity of this conflict, in which there are victims on all sides, caused by all of the armed groups,” said Girón, who appealed for his safety.