NEW YORK, May 8 2012 (IPS) - What is a journalist to do when simply providing information is not enough to bring about the desired change? Why, turn to art, of course. 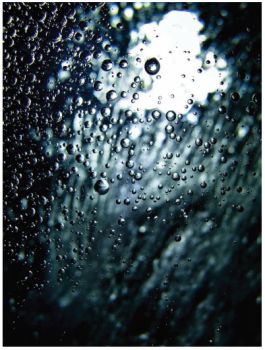 That is how Bangladeshi photojournalist Shahidul Alam tackles the issue of “crossfire”, the extra-judicial killings that his country’s paramilitary Rapid Action Battalion (RAB) are believed to be responsible for, claiming over a thousand lives in the last four years alone.

“The information is clearly in the public domain, but when it doesn’t do what you’d hoped it would do, you need to re-think your strategy,” Alam told IPS in New York where he had come for the exhibition launch last month, in an attempt to highlight the urgency of internationalising the issue.

“I didn’t know how effective this show would be, but I wanted the issue to be seen in a different context,” he said.

The result is a series of beautifully lit, symbolic images in a show titled “Crossfire”, which just concluded a run at the Queens Museum in New York– “a physical experience that aims to evoke rather than inform,” as Alam puts it in the exhibition brochure.

In so doing, the show raises a human rights issue that is relevant to any state that allows extra-judicial murders to take place with impunity.

“Through Wikileaks, we learnt that the U.S. and UK have been involved in training RAB. Hopefully this exhibition will provide food for thought about U.S. special training being provided to Bangladesh security forces,” says Alam, a pioneering photojournalist and activist, founder of the multimedia Drik Picture Library and the not- for-profit photo agency Majority World.

“Water-boarding was a new concept for us in Bangladesh,” he added.

In addition to training, the U.S. and Britain have also been providing arms to RAB. The issue has been raised in the British Parliament, but not in the U.S., something Alam hopes will change.

When it was first launched in Dhaka in March 2010, the Bangladesh government sent riot police to shut “Crossfire” down, on its opening day – an action seen around the world as the organisers strategically live-streamed the event. Alam recalls that he was in fact on a Skype call with the Reporters Without Borders secretary general when the riot police surrounded the gallery.

The widespread negative publicity and protests at the exhibition being shut down highlighted the issue and led to an initial decline in “crossfire” killings. However, since then, disappearances as well as killings have risen.

Although symbolic rather than literal, the photographs evoke a dark, sinister feel. An underwater photo with bubbles, a cycle rickshaw on a deserted university road, a rice paddy field, a ‘gamcha’ (sarong) on the ground…

Combine these images with the word “crossfire” in the context of Bangladesh, and you have a clear political statement about extra- judicial killings in that country.

“This one’s clearly about water-boarding,” commented Pramilla Malick of Manhattan, stopping in front of the water bubbles photograph at Alam’s show. “It gives me the chills.”

“The idea of the concept of ‘crossfire’ rather than showing bodies is very potent,” said documentary filmmaker Brian Palmer, who has been to Bangladesh and worked with students at Alam’s Drik institute. “We’re so bombarded by an avalanche of images that it can be more powerful to interrupt and pause.”

Each photograph represents an actual case, based on solid research about every known case of crossfire death.

Each photo was taken in the middle of the night, lit by torchlight, “because that’s how survivors and victims’ families recall these incidents,” says Alam. “They take place in the dead of night, people wake up to torchlight shining in their faces, and then they’re taken away.”

“Even a child knows what ‘crossfire’ means,” comments a passer-by, whom Alam video-interviewed outside the gallery after the government shut down the show in Dhaka.

“You use these images with that word, everyone will know that that’s where a crossfire happened,” comments a policeman.

One passerby angrily says that “those putting on this show are the ones who should be ‘cross-fired'”, because the police are “only trying to make the country safer for the citizens by getting rid of criminals”.

However, most passers-by commended the organisers for bringing this issue to the public. “Those who are killed are not just criminals,” said one young man. “Some are just ordinary people on their way to work, their families never even get their bodies back.”

The interviews, playing on a subtitled video, are part of the Crossfire show at Queens Museum.

The exhibition in Dhaka and in New York is supported by the Open Society Institute, which also funded a series of posters based on the images that human rights organisations in Bangladesh had agreed to exhibit.

However, NGOs all backed out at the last minute, says Alam, perhaps due to fears that the Bangladesh government would not renew their licenses to operate as non-profit organisations.

Drik, an independent media organisation that is not subject to such restrictions, has persisted with the exhibition. “We’re also risk- takers,” grins Alam.

In a country where the risks of speaking out include being “cross- fired”, taking such chances is no laughing matter. But for activists like Alam, staying silent is not an option.