Environment in Trouble in Most Biodiverse African Country

BUKAVU, DR Congo, Jun 19 2012 (IPS) - Ranked fifth in the world in terms of animal and plant diversity, the Democratic Republic of Congo is considered to be a treasure chest of biodiversity and a vital regulator of global warming. 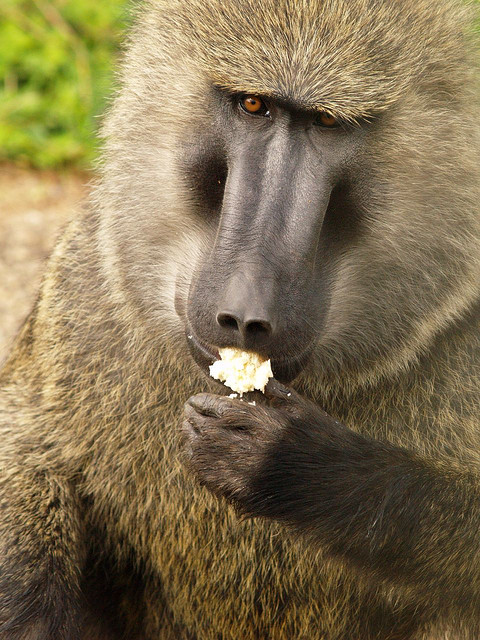 DRC is the African country with the greatest variety of mammals and birds, and its plant life ranks third on the continent. Credit: Chrissy Olson/CC by 2.0

DRC is the African country with the greatest variety of mammals and birds, and its plant life ranks third on the continent.

Analysts regard DRC as one of the most important countries for the future of the planet and in terms of safeguarding the environment. But the country needs a strong legal and institutional framework to ensure sustainable solutions for the conservation of these immense but threatened natural resources.

DRC is ranked dead last among the 187 countries on the Human Development Index. The 2011 HDI report, titled “Sustainability and Equity: A Better Future for All”, provides many reasons for the country’s low score: weaknesses in governance; recurring armed conflicts, particularly in the east; inadequate environmental services; and a lack of public investment.

The Congo and Nile river basins – which both have their headwaters in the Kivu region, in eastern DRC – need urgent attention if aquatic and terrestrial ecosystems are to be stabilised.

The displacement of hundreds of thousands of people by successive wars has placed a strain on forests and rivers, as the local population seeks refuge and a means of survival. Armed groups have directly contributed to environmental damage through poaching and unregulated mining and logging.

However, it is possible to reverse this tendency, according to the former Congolese environment minister, José Endundo, who says that DRC’s natural resource policy has come a long way.

Addressing a steering committee developing national policies for conservation, forest management and biodiversity in Kinshasa in March, Endundo said the country put a new forest code in place in August 2002, which incorporated modern principles for management of natural resources and international conventions on the environment.

Until 1982, when the government tabled a first draft to reform forest legislation, the sector was regulated by a colonial-era law of 1949 whose application was proving difficult in light of political, economic, social and cultural changes in the country.

The 2002 forest code is considered an ambitious one by some Congolese experts, who caution that it has not been followed up by implementation on the ground.

But Endundo insists the country has come a long way.

Interviewed by IPS, Sandra Kavira, an agronomist with the International Fertiliser Development Center (IFDC), a Dutch non-governmental organisation working in the Great Lakes region, said the threats to the environment in the Kivu region come from the traditional agricultural practices of smallholder farmers, which do not respect the rules of conservation: burning of wooded areas and grasslands, chopping down trees to open new land for farming, the ravenous search for wood for fuel, and a lack of efforts to prevent erosion.

According to Kavira, these are just some of the harmful practices that damage the natural resources of this large Central African country. She said the rapid degradation of the environment in Kivu has already noticeably reduced rainfall and lowered atmospheric humidity.

Kavira's NGO is working to popularise an approach called Integrated Soil Fertility Management. This involves the use of mineral and organic fertilisers in such a way as to sustainably and cumulatively improve the fertility and productivity of the soil. Improving soil fertility is a crucial part of CATALIST, IFDC's broader regional programme to promote productive and sustainable agriculture along with marketing opportunities to strengthen agricultural livelihoods.

IFDC estimates that the loss of soil nutrients from cultivated land in the region is enormous: nearly 100 kilogrammes per hectare per year.

"This is one of the highest rates in the world," Samson Chirhuza, the national coordinator for the CATALIST programme in DRC, told IPS. "In such a situation, the management and protection of the environment becomes impossible."

According to the director of research and planning at the Environment Ministry, José Ilanga, many major reforms have been put into practice. For example, nearly 3,000 forestry agents were retired to make way for the recruitment of around 1,000 new, better qualified officials, increasing the number of university-trained officers capable of responding to the DRC’s modern environmental challenges by 10 percent.

New draft legislation has been tabled in parliament, covering management and protection of the environment, conservation of nature, and tourism. A new Water Act for the country is also expected soon.

On the ground, important projects have been successfully implemented by the ministry, including the DRC Satellite Monitoring of Forest Cover Programme, with support from Japan.

In a phone interview, Marc Kabunda, director of parks for ICCN (the Congolese Institute for Conservation of Nature), said several new conservation areas have been created.

According to Kabunda, the Protected Areas Rehabilitation Project was launched in 2005, covering 16 reserves, including five pilot zones: Salonga, Virunga, Garamba, Upemba and Maiko. It is jointly financed by the Global Environment Facility and the United Nations Development Programme.

In addition, planners, political decision-makers and other actors have been made aware of the importance of taking into account questions of climate change in policy and programmes for development.

Ilanga said the 125-million-hectare Congo Basin covers half of the country’s area, representing 47 percent of the continent’s tropical forest – six percent of the global total. The basin extends beyond DRC’s borders into Congo-Brazzaville, Cameroon, Gabon, the Central African Republic and Angola.

But the environment in DRC remains seriously threatened by the expected growth in mining and oil exploitation in the years to come. The east of DRC, particularly the Kivu region, is blessed with an abundance of water and lakes, including the rich fisheries of Lake Tanganyika. The region also possesses a wealth of petrol, methane gas, coltan, gold and diamonds.

But the region has special needs for environmental protection due to the recurring armed conflicts. The wars have provided cover for unregulated exploitation by armed groups of valuable minerals and many types of timber.

The country is already feeling the effects of environmental destruction: the degradation of forests and erosion of the soil, aggravated by climate changes in the Congo basin, with strong heat waves and irregularities in the length of the rainy and dry seasons.

Patrick Nyamatomwa, an environmental activist in South Kivu, says that for the moment, the management of natural resources in DRC falls far short of meeting international standards for sustainable management of forests. He says forestry operators are only interested in financial gain, at the cost of ecological sustainability and taking into account the needs of forest communities.