Q&A: Battle for Human Rights in Rio Is “Far From Over”

In an interview with U.N. correspondent Rousbeh Legatis, Pillay elaborated on the nexus between human rights and sustainable development, and what world leaders meeting Jun. 20-22 have to do to walk the talk. 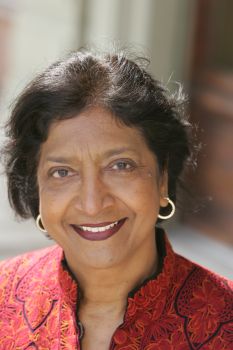 Q: To what extent do sustainable development and human rights depend on each other?

A: Human rights and sustainable development are inextricably linked. Without human rights safeguards, policies intended to advance environmental or development goals can have serious negative impacts on those rights.

For example, in recent years, we have seen that technocratic efforts towards sustainable development have excluded many communities from the process of decision-making, causing economic and social inequalities to be exacerbated and human rights to be sidelined.

Indigenous peoples have seen threats to their lands and livelihoods from some emission reduction schemes, scarce food-growing lands have sometimes been diverted for the production of biofuels, and massive infrastructure projects have resulted in the forced eviction and relocation of entire communities.

This is why it is important to include specific human rights references throughout the Rio+20 outcome document. When it comes to women’s rights, we have seen time and again that if there is no explicit reference in important policy documents to women’s rights, they tend to be neglected and sometimes previous advances made are inadvertently reversed.

Q: NGOs have expressed fears that the final Rio+20 plan of action will marginalise basic human rights, including the rights of women and indigenous peoples. How valid are these fears?

A: I very much share these concerns. This is why I am personally attending Rio+20 and my office is working hard to highlight the need for human rights to infuse the final outcome.

At the end of March 2012, I wrote an open letter to all U.N. member states urging them to support human rights considerations in their deliberations as they began the second round of informal negotiations. NGOs have taken up this letter as a rallying point and some government delegations have taken up the issue. As a result, we have seen human rights proposals put forward in the negotiations, but the battle is far from over.

Most human rights provisions remain “bracketed”, and key concepts like human rights-based policy coherence and human rights impact assessment are yet to be introduced into the document.

Q: How widely did Agenda 21 and the Rio Declaration on Environment and Development adopted at the 1992 Earth Summit recognise the concept of human rights?

A: In fact, it reflected human rights language more than one would imagine, given the current discussions. The 1992 Agenda 21 and the Rio Declaration on Environment and Development were celebrated precisely because they put human beings front and centre – starting with Principle One: “Human beings are at the centre of concerns for sustainable development. They are entitled to a healthy and productive life in harmony with nature.”

In my letter to governments, I reminded them of this – that the 27 principles of the 1992 Rio Declaration are firmly grounded in human rights.

The Rio Declaration specifically invoked the right to development, called for action to reduce disparities in standards of living, affirmed the role of women, indigenous peoples and local communities in sustainable development, and called for the protection of people living under repression and occupation.

Q: Looking back at the progress since human rights considerations were infused in that landmark Declaration two decades ago, what are the lessons learned in terms of “walk the talk”?

A: Twenty years after Rio, one would hope and expect that we would move forward rather than backwards on these essential human rights commitments.

We must address the North-South divide, improve upon the Millennium Development Goals by ensuring that a gender perspective is properly considered, and must learn from the Arab Spring and Occupy Wall Street movements that human rights must be at the core of development.

Governments will have to “walk the talk” when it comes to human rights because the women and men on the streets are loudly demanding it.