How Would You Measure Success at the Rio Summit? 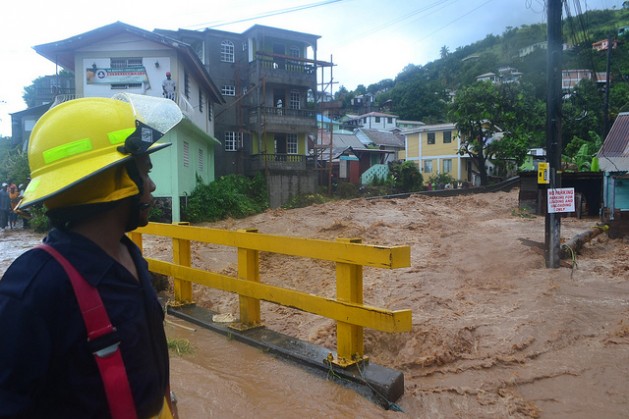 UNITED NATIONS, Jun 9 2012 (IPS) - When the heavily hyped three-day U.N. Conference on Sustainable Development (UNCSD) comes to a close in Rio de Janeiro Jun. 22, what would be the yardstick to measure its successes and failures?

Secretary-General Ban Ki-moon has his own criteria for success, including a renewed political commitment for sustainable development; an inclusive green economy; a set of sustainable development goals (SDGs); an institutional framework to implement the new plan of action; and partnerships with civil society.

“We need to invent a new model,” Ban told reporters Wednesday, “a model that offers growth and social inclusion, a model that is more respectful of the planet’s finite resources.”

To Patricia Lerner, senior political adviser at Greenpeace International, merely launching a process to define sustainable development goals by 2015 to be achieved by 2030, however, is not good enough.

“The focus has to be on this decade as choices made within this timeframe will be crucial for preventing catastrophic climate change, saving our oceans and protecting remaining natural forests, all of which are fundamental for human development and well-being,” Lerner told IPS.

For the Geneva-based South Centre, a think tank of developing countries researching issues relating to the global economy, trade, climate change and sustainable development, the expectations are even higher.

Asked what a successful outcome would represent, Martin Khor, South Centre’s executive director, told IPS it was imperative to have a reaffirmation of the Rio principles and commitments adopted 20 years ago at the original Earth Summit.

“At the least this would mean that the political leaders and especially the developed countries are not retreating or backtracking from what they agreed all these years ago,” he said.

The most important Rio principle that needs reaffirming, he said, is the common but differentiated responsibilities, which means that the developed countries agree they have to much more in terms of reducing pollution and emissions and in their use of natural resources.

And they have to provide finance and technology to developing countries, so that every country has the means to move towards sustainable development pathways, said Khor, a former director of Third World Network in Malaysia.

At a press briefing Wednesday, the U.N. secretary-general said there are 26 priority areas which member states have identified in the course of the protracted negotiations.

These include food security, poverty, education, health, sustainable energy, the oceans, water and sanitation, agriculture, gender equality and women’s empowerment, among many others.

If not, he said, “They should come up with what I term ‘must haves’. And member states are now focusing on what would be the must haves.”

Ban also called on the 193 member states to come up with sustainable development goals (SDGs), based on the Millennium Development Goals (MDGs).

Khor told IPS there has to be a recognition that the crises in environment and economy are even more serious today than 20 years ago, and adoption of new commitments by the political leaders that are adequate enough to tackle these crises in a systemic and systematic way.

He called for an agreement to significantly strengthen the institutions for addressing sustainable development in a serious and adequate manner.

The present U.N. Commission on Sustainable Development (CSD) showed early promise but turned out to be too weak as it only meets two to three weeks in a year, and has a small secretariat.

“It has to be radically reformed or else transformed into a new Council or Forum on Sustainable Development which can meet the challenges thrown up by the global crises in the three dimensions environmental, economic and social,” Khor said.

He said that meetings must be scheduled regularly, and not just for a few weeks, and the secretariat must become a strong organisation with more staff and dynamism.

The Rio summit should adopt a decision to have this strong institution to follow up on the decisions taken at the summit, he said, and the Nairobi-based U.N. Environment Programme (UNEP) should be given a mandate to strengthen its operations so that it can work more effectively.

“There must be clear commitments to support developing countries to take on more responsibilities in addressing environment, economic and social problems,” Khor said.

Thus the summit cannot backtrack on the means of implementation, he added.

“There should be a re-commitment to new and additional financial resources for sustainable development, and to technology transfer on concessional and preferential terms, as was committed 20 years ago in Rio and many times since then.

“My concern is that in recent months there are signals from many developed countries that they do not want to stick to these commitments anymore,” he said.
“This would be disastrous.”