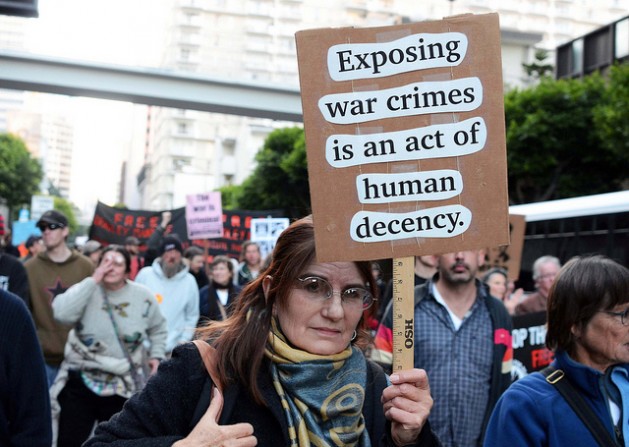 REYKJAVIK, Sep 24 2012 (IPS) - With the imprisonment of Bradley Manning and detainment of Julian Assange, WikiLeaks is effectively on hold. But that does not mean that leaks and whistleblowing activities have stopped.

GlobaLeaks lists a large number of leak sites, which are active to different degrees. Soon The Associated Whistleblowing Press (AWP) will be added to the list.

“One of the main motivations for the AWP is to unite journalists around the world and bring stories to light,” says Brazilian journalist Pedro Noel, one of the main people behind the initiative. “WikiLeaks used to analyse and report on the files they released, but they don’t do that any more.”

Noel perceived a gap in the whistleblowing community, between raw data – documents that conclude wrongdoing – and newsmaking in an impartial way, free of political and economic agendas. He decided that a new platform was needed.

“If the data does not get explained and treated in a way that people can understand, there’s no point in releasing it.”

Noel is currently based in Reykjavik, where he is setting up an office, and building links worldwide. He and his colleagues intend to launch the new whistleblowing site in the last week of September.

Noel was once a volunteer with WikiLeaks, so he knows how the system there works. He says there a number of differences between the AWP and WikiLeaks.

“First, there are structural differences. We’ll have a decentralised framework. With AWP, editors and staff will swap positions: we don’t want to have an ‘icon’. We’ll work with journalists and activists in different centres, and all the working groups will have their own platforms to receive documents and the like,” he tells IPS.

On the other hand, “WikiLeaks all goes through one website, which is in English only. Also, WikiLeaks publishes files of global interest, especially those related to the U.S. AWP wants to correct wrongdoings on a local basis and thus help local communities.”

Noel says it is important to have teams working in different countries and in different languages. “We want to emphasise the local scale as well as the international.

“Another important difference is that WikiLeaks gives exclusivity on the files it discloses, such as to the British newspaper The Guardian and others in the release of Cablegate.” Cablegate refers to the release of U.S. diplomatic cables that had been sent from its consulates and embassies around the world.

“AWP is building a team of researchers and analysts who will themselves publish stories, using local websites.” The main website will have links to the local websites, which will come online when the site is launched.

Anonymity is ensured as AWP uses open-source GlobaLeaks technology, which is specifically designed for whistleblowing, and is accessed with the TOR browser –that builds in anonymity. This means that AWP will not be able to trace the sender of the files. In addition, AWP encourages encryption of email.

AWP will keep a leaked document offline until they have determined it is genuine. Although the sender cannot be traced, Noel is optimistic that this should not be a problem.

Iceland may seem a strange place to house a whistleblowing service, but Noel says one of the main reasons for the decision is the Iceland Modern Media Initiative (IMMI) parliamentary resolution that was passed unanimously in 2010 by the Icelandic Althingi (parliament) with the aim of giving safe space to whistleblowers and investigative journalists.

The resolution also wants the Althingi to introduce a new legislative regime to protect and strengthen freedom of expression, allowing Iceland to become an international transparency haven.

Initiated by activist and parliamentarian Birgitta Jonsdottir, the IMMI resolution pulls together the best sections of transparency legislation from all over the world. To become law, it now has to be put through the legislative process. This has suffered some setbacks, but is progressing slowly.

Various drawbacks have come to light. One is that various specialists have pointed out that Internet security is substantially inadequate in Iceland. Will this have an effect on AWP?

Smari McCarthy is the director of IMMI and sits on the steering committee that has been set up to investigate issues that need to be looked into in greater depth concerning the implementation of IMMI. He says that the security considerations are real but are being dealt with.

“This year, a Computer Emergency Response Team (CERT) was established in Iceland to serve as a coordination and incident management centre for Icelandic network security issues. In addition, the foreign ministry of Iceland has appointed a national security committee, consisting of members of parliament, to whom I testified a month ago on issues regarding network and information security in Iceland.”

At the moment, McCarthy says “it cannot be said that the situation in Iceland is markedly worse than in most European countries.”

The existence of IMMI is instrumental in the setting up of AWP in Iceland, Noel says, “but we have the same relationship with them as with any other individual or media initiative based in Iceland.”