UNITED NATIONS, Sep 21 2012 (IPS) - Friday is not just any day – it’s the International Day of Peace. Concerts, debates and moments of silence will be held all over the planet to commemorate the ideal of global truce and tolerance. 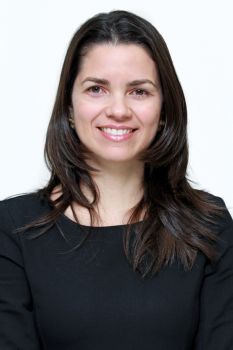 One person who does not celebrate Peace Day once a year but rather all year round is Lilia Maia de Morais Sales. She is vice-president of research and graduate programmes at the University of Fortaleza in Brazil, and holds a PhD in law.

In 2010, Sales designed the project “Flores do Bom Jardím”, meaning “Flowers from Bom Jardím”. The project teaches conflict mediation skills to women from a violent suburb outside the city of Fortaleza.

The Brazilian academic and activist spoke with IPS correspondent Becky Bergdahl about women’s role in peacebuilding and described how local conflict resolution can be just as complicated as international peace talks.

Q: The celebration of Sep. 21 every year is meant to promote worldwide tolerance and pacifism. Which are the biggest challenges to that goal, in your opinion?

A: Peace Day is an excellent initiative of the United Nations. But I can see at least three big challenges. First of all promoting peace requires collaborative actions among governmental and non-governmental organisations, the civil society and the private sector. Second, a broader perception of actions for peacebuilding is required, a perception that involves development, justice and environmental issues. Third, we need to be aware of the root causes of conflicts and violence.

Q: The international community has been shaken by a number of atrocious examples of hate crimes lately. Even the generally peaceful state of Norway was struck by massive terror last year. Is there any way to prevent such acts of extremism?

A: Acts of extremism can have many causes, and they must be detected in order to create effective solutions. Sometimes the cause is a clinical matter, like undiagnosed or untreated mental illness. Having said that, mental illness may be aggravated by social stressors. If you look at some cases you can see that some of the perpetrators have participated in (extremist) political debates on the Internet. What might be a way to prevent these acts of extremism is to build a more democratic society.

Q: Do women play a special role in peacebuilding? And if so, how?

A: Instead of violence, peacebuilding uses negotiation and mediation to solve conflicts. A peacebuilding process is facilitated by a third party that promotes dialogue, de-escalates hostility, and helps building consensus.

Q: The International Day of Peace was established by a United Nations resolution in 1981, and the first Peace Day was celebrated in September 1982. How would you describe the development when it comes to women’s role in peacebuilding since the early 1980s?

A: The world has witnessed female leaders making a big difference while negotiating peace. Among them I would like to mention Leymah Gbowee in Liberia and Michelle Bachelet in Chile. But if you study women’s participation in peace processes you notice that it is still very small. We can occasionally see women participating during negotiations, but rarely as main mediators or main negotiators.

Q: Are there any clear differences between female negotiators and their male counterparts?

A: It is very important that both sides in a negotiation share information, and studies show that women are more likely to share information than men in such situations. This means that women work in a more collaborative way, and more often get into deeper discussions, finding the issues that matter, rather than taking superficial positions.

Q: How would you describe the situation in your country, Brazil?

A: We have our first female president now, Dilma Rousseff. That is a great achievement. But we also have alarming statistics regarding violence against women, especially regarding domestic violence. That shows that somehow we still live in a barbaric and primitive world, and that we still have a long way to go before we achieve peace.

Q: You have initiated a very special project called “Flores do Bom Jardím”, that offers education for women of low socioeconomic status from the community of Bom Jardím outside the city of Fortaleza in Brazil, so that they can join the job market. You also train the women, coming from a suburb plagued by violence, in conflict resolution. Can you tell me more about the project?

A: The project was designed in 2010 as a follow-up to a federal project called “Women for Peace”. The main goal is to empower women from Bom Jardím. We offer classes in telemarketing, administration skills, hairdressing and cooking, among other things. In addition there are preparatory courses for those wishing to pursue college education.

All courses include mediation and human rights concepts. The classes are hands-on with group discussions, sharing of personal experiences, and learning through music and documentaries.

More than 500 women have participated. Now they mediate conflicts, they are joining the work market – they are becoming leaders. The testimonies from the women of Bom Jardím tell a story of a new beginning.

Q: Does local, small-scale conflict resolution, such as mediation in Bom Jardím, have anything in common with international peace mediation?

A: Yes. The community of Bom Jardím is the most violent area in Fortaleza. There are all sorts of conflicts. Conflicts in families, schools, neigbourhoods, and homicide, drug traffic and gangs. The women (that we have been teaching) have been mediating in many cases, it is like international peace mediation.

Q: Last but not least, what are your hopes for the future when it comes to peacebuilding?

A: I hope we decide that dialogue is the best way to solve conflicts. And I hope that women will be respected as leaders, and that they will lead by example.