PARIS, Nov 9 2012 (IPS) - For anyone who might not have realised it yet, the current crisis is demonstrating beyond a shadow of a doubt that the financial markets are the lead players in the current economic situation in Europe. Power has passed from the politicians to speculators and crooked bankers. This is a fundamental change. 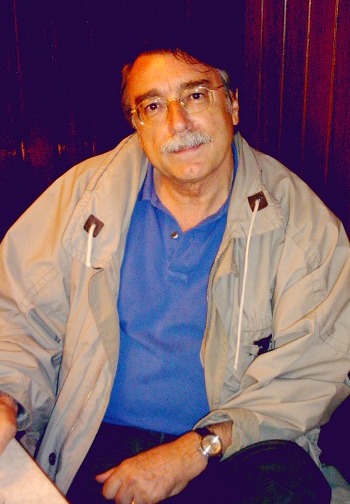 Every single day a staggering quantity of money floods through the markets – for example, seven billion euros worth of eurozone governments’ debt alone, according to the European Central Bank. The daily collective decisions of these markets can now topple governments, dictate policies, and subjugate entire populations.

Moreover, these new “lords of the earth” have no concern whatsoever for the common good. Solidarity is not their problem, much less the preservation of the welfare state. Greed is the only motive for their actions. Speculators and bankers, driven by a hunger for profits, behave with total impunity, diving like birds of prey on target after target.

Since the crisis broke in 2008 no serious reform has been imposed to either regulate the markets or rein in the bankers. It is apparent that banks play a clear role in the economic system and that their traditional activities ­ encouraging savings, providing families with credit, financing businesses, spurring commerce ­ are constructive.

However, since the dawn in the 1980s of the “universal bank”, which added speculation and investment to the above mix of functions, risks to customers’ savings shot up dramatically along with deceit, scandals, and fraud.

One of the most shameless acts was carried out by Goldman Sachs, which now dominates the financial universe. In 2001 it helped Greece to cook its books so that Athens would meet the conditions to join the euro.

In under seven years, this scam was discovered and the reality exploded like a bomb. The consequence: a debt crisis engulfed almost an entire continent; Greece was sacked and forced onto its knees; recession struck, with massive unemployment and plummeting buying power of workers; restructuring and drastic cuts in social services followed, with widespread misery and the imposition of structural adjustment programmes.

How were the perpetrators of this devastating swindle punished? Mario Draghi, the ex-vice president of Goldman Sachs for Europe who was aware of most of the fraud, was named president of the European Central Bank. Meanwhile, for its crooked window-dressing for Greece, Goldman charged 600 million euros. The story has a clear moral: when it comes to major rip-offs by the banks, impunity is the rule.

For confirmation look no further than the thousands of Spanish depositors who bought stocks in Bankia the day it was listed on the stock market. It was known that the bank had no credibility and that according to the ratings agencies its stock was just a step above junk.

But the depositors trusted Rodrigo Rato, then president of Bankia and ex-managing director of the International Monetary Fund, who proclaimed on May 2, 2012 (five days before resigning in response to market pressure and just before the Spanish government had to inject 23.5 billion euros to keep it out of bankruptcy): “In terms of both liquidity and solvency, we are in a very robust position.”

It is known that a year earlier, in July 2011, Bankia apparently passed the “stress test” imposed by the European Banking Authority (EBA) on the 91 largest financial businesses in Europe. This should give an idea of the incompetence and ineptitude of the EBA, the European agency charged with guaranteeing the health of our banks.

But that wasn’t the end of the scandals. Indeed, new bank frauds have come to light in recent months. HSBC was accused of money laundering for Mexican narco-traffickers. J.P. Morgan engaged in massive speculation and unprecedented risk-taking that led to losses of 7.5 billion euros and ruined dozens of clients. The same happened at Knight Capital, which lost over 323 million euros in a single night because of a mistake by its automatic trading programme.

But the scandal that is most infuriating on a global scale is the Libor. The Association of British Bankers issues each day what is called the “London Interbank Offered Rate”, an average calculated by Reuters financial news agency of the interest rates obtained by the 16 largest banks for borrowing.

As the rate at which the major banks lend money to each other, Libor constitutes a fundamental benchmark for the entire world financial system. In particular, it is used to calculate mortgage rates for homeowners. Worldwide, Libor influences some 350 trillion euros in credit and any variation in it can have a colossal effect.

How did this scam work? Some of the 91 Libor banks colluded in lying about the rates they were obtaining, thus manipulating not only Libor but all derivative contracts and the credit rates for businesses and families alike. This went on for years.

What we see from the Libor disaster is that criminal behaviour has infected the very heart of the financial industry, and that probably millions of families were issued mortgages at incorrect rates. Many had to leave their homes. Others were evicted because they couldn’t pay artificially-manipulated interest rates. And once again the authorities charged with overseeing the operation of the markets turned a blind eye to this crime. No one has been punished beyond four schemers.

How long can democracies continue to allow such impunity? In 1932 in the United States, Ferdinand Pecora, son of Italian immigrants who became a prosecutor in New York, was named by president Herbert Hoover to investigate the responsibility of the banks for the crash of 1929. His report was overwhelming. It was he who coined the term “banksters” (out of “bankers'” and “gangsters”).

On the basis of this report, president Franklin D. Roosevelt acted to protect the American people from the risks of speculation. He passed the “Glass-Stegall Act” which (until it was repealed in 1999) required the separation of commercial banking from investment banking. What government of the eurozone would dare pass similar legislation today? (END/COPYRIGHT IPS)