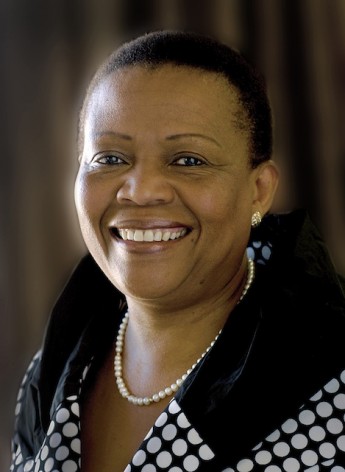 Pansy Tlakula, commissioner of the African Commission on Human Peoples’ Rights, wants to see legal conditions implemented in Africa that allow journalists the freedom to do their jobs. Courtesy: Independent Electoral Commission

JOHANNESBURG, Nov 4 2012 (IPS) - Pansy Tlakula, the African Union’s Special Rapporteur on Freedom of Expression and Access to Information, has done her best to address the continued harassment of journalists in the Gambia.

In her role as commissioner of the African Commission on Human Peoples’ Rights, she has appealed many times to the government of the West African nation to respect people’s right to freedom of expression.

“I have written several letters to the government with regard to the recent arrest of journalists – the government is now tired of my letters. We have done everything possible to highlight the issue in the Gambia and other African countries,” she told IPS.

But it has not been enough to prevent the Gambian government’s crackdown on the media.

In September, the government arrested two journalists and shut down their newspapers, The Standard and The Daily News, as they had extensively covered opposition to the government’s execution of nine death row inmates.

In June, the country’s former Minister of Information and Communications Amadou Scattred Janneh and three others were arrested for printing and distributing T-shirts that called for an end to the dictatorship in the Gambia.

Janneh, who is also a U.S. citizen, had been charged with treason and jailed for life and was only released after U.S. civil rights activist Reverend Jesse Jackson intervened.

Tlakula said that the African Commission on Human Peoples’ Rights had taken up Janneh’s case with the Economic Community of West African States.

“But unfortunately the Gambia has not ratified the protocol establishing the African Court on Human and Peoples’ Rights and we cannot take them to the court,” she said.

But the failure with the Gambia has not curbed Tlakula’s passion to ensure media freedom on the continent. Recently, she took the unprecedented step of instructing African governments to establish independent media regulatory bodies, saying that politicians and governments have no business owning the media.

Q: What role should journalists play in Africa?

A: Journalists have to expose corruption, criminal activity and all the bad things on the continent, but at the same time we also have to expose good things happening on our continent because this is our home.

We can’t expose only the bad things to the world about what’s happening in Africa. We have to take our destiny in our hands and tell our own stories as Africans as we see them and experience them and not let other people tell our stories.

Q: Several countries in Africa still don’t have laws that promote the right to information. At a continental level how would you want the issue pushed to ensure that we have the right to access information across the continent?

More than a dozen countries now have access to information bills pending before their parliaments. We are hoping that this model will give a push to these initiatives because we feel we should not just criticise the countries, but assist them to achieve freedom of expression. Without the right to information, all other rights cannot be realised.

Q: Zimbabwe has had a very bad media freedom reputation in the past. As it now drafts a new constitution, what is your advice to the country?

A: The new constitution will not resolve all the problems. Even after the new constitution is put in place, you will still have to deal with laws that impede expression like the Access to Information and Protection of Privacy Act, the Public Order and Security Act, and all the other laws that are not in conformity with the regional and international instruments that Zimbabwe has ratified.

Q: Are we making any progress with regard to media freedom on the continent?

A: Yes we are making progress by encouraging some countries to adopt laws that promote media freedom. We now have a campaign aimed at the decriminalisation of libel.

The first phase of this campaign is to identify where these (libel) laws exist because where they are they have a chilling effect on expression. We are piloting this campaign in Zambia and Botswana.

Q: How are you dealing with the increasing arguments by some countries that their reluctance to adopt freedom of expression is a result of national security concerns?

A: This raises a serious question about the need to draw a line about the need to make information available and accessible in a way that would not compromise national security. It’s a big issue and we are trying to come up with guidelines on access to information and national security. It’s a matter that pre-occupies the whole world, and that work is on-going.

Q: What do you make of South African President Jacob Zuma’s move to withdraw his lawsuit against journalist and cartoonist Jonathan Zapiro, whom he was suing for thousands of dollars over a cartoon which showed him preparing to rape a woman with the help of his government and political party members?

A: I am very, very happy. It’s a victory for freedom of expression and journalism in Africa.