Julia Kallas interviews SHORAI CHITONGO, founder of Ray of Hope, a support group for survivors of domestic violence, and a national leader of the Groots Zimbabwe Home-Based Care Alliance.

UNITED NATIONS, Dec 1 2012 (IPS) - When Shorai Chitongo founded Ray of Hope, a support group for female survivors of domestic violence in 2005, she discovered that three-quarters of the survivors in the group were HIV-positive. 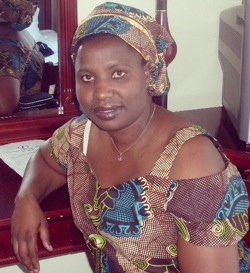 Shorai Chitongo, founder of Ray of Hope, a support group for survivors of domestic violence, and a national leader of the Groots Zimbabwe Home-Based Care Alliance. Photo courtesy of Ms. Chitongo

“Women’s assertiveness and high self-esteem are important ingredients to fight HIV/AIDS,” Chitongo, a grassroots leader who fights to empower and protect communities in Zimbabwe and is a national leader of the Groots Zimbabwe Home-Based Care Alliance, told IPS. Domestic violence directly increases chances of sexually transmitted infections that expose women to HIV.

“If women are assertive enough, they are able to negotiate safe sex as equal partners and not as subordinates,” Chitongo explained.

IPS correspondent Julia Kallas spoke with Chitongo about the links between sexual violence and HIV/AIDS and how women’s grassroots efforts can promote HIV care and support.

Q: In 2005, your domestic violence case captured national media attention and sympathy. What spurred you to found Ray of Hope? What kind of program does Ray of Hope have to support HIV-positive women?

A: The formation of Ray of Hope dates back to 2005, when l saw a documentary on a local TV program and learned that the organisation Girl Child Network was offering loans to women under its Community Empowerment and Development Program.

Perceiving this as my only opportunity to disentangle myself from the jaws of domestic violence, which l thought was a result of economic dependency on my husband, l decided to approach GCN. The staff there referred me to a woman named Betty Makoni, as they felt that my case was too dangerous for them, since my husband was violent and lawless.

Betty was greatly touched by my story and that of my three children, who ended up on the streets while l was in hiding for one and a half years in neighbouring Botswana. Previously, I had unsuccessfully approached various women’s organisations and law enforcers but had lost hope. Not even my close relatives were afraid to shelter me in their homes. But Betty offered me sanctuary in rural Mutasa.

While I was living there, a local woman was brutally murdered by her husband in full view of their three children. This incident made me realise that l was not the only survivor of domestic violence; there were other cases out there that went unreported. With Betty’s support, l gained the courage to mobilise other women survivors of domestic violence to form a support group, which provided the space to talk about their concerns away from their male-dominated homes.

The result was an influx of women with shocking stories of abuse. Women travelled more than 30 kilometres bare-footed just to pour out what had burdened them for years. Most disturbing about these desperate women was that they did not bear domestic violence alone but with their children. Sadly, their children were the major reason for their silently enduring abusive and life-threatening relationships.

These meetings transformed the women. They went from being silent victims to a group that was determined to change their lives.

During one of our meetings, we discovered that three-quarters of the women in our group, which had over 100 members, were HIV-positive and that almost all members of the group were in primary and secondary community care work. We then agreed that every program that we were going to implement should mainstream HIV/AIDS.

Q: As a representative of caregivers as a leader of the Groots Zimbabwe Home-Based Care Alliance, what do you believe is needed to improve women and girls’ access to HIV prevention information, technologies, and services by 2015?

A: What is required is the formulation of deliberate policies at national level to provide women with access to information technology relevant for the dissemination of HIV/AIDS information. Creating information centres in rural and peri-urban rural areas would help to give women this access. People should also organise themselves into groups and seek access to computers and other IT facilities.

HIV/AIDS information should cross all women’s groups: political, social, religious, economic and cultural. Education in our country should focus on promoting knowledge of relevant information to deal with HIV/ AIDS, especially in rural areas where literacy rates are lower.

(Click here to watch a video of Chitongo and other members of the Home-based Care Alliance sharing personal stories about the work they do.)

Q: What message would you like to pass to the international community on World AIDS day?

A: While the world accepts and appreciates that HIV/AIDS is a universal problem, it also has to recognise that some social groups are predisposed to catching it due to social, economic and cultural conditions. The more disempowered one is culturally, socially and economically, the more one is exposed to infection.

The world’s attention should now focus on addressing social inequalities on the basis of gender, religion and economics so everybody has equal access to the means through which HIV/AIDS can be combated.

Q: Is there a close link between HIV/AIDS and domestic violence in Zimbabwe?

A: Yes. HIV-positive women are at great risk of all forms of domestic violence. The situation becomes even more complex when they fall chronically ill because their husbands neglect them or send them back to relatives to be cared for or to die, but in most cases their relatives will not accept them.

In addition, women are blamed for bringing HIV home, so they are constantly shunned, stigmatised, violently divorced and in some cases sent away. HIV-positive women also encounter violence when negotiating with their partners for safe and protected sex.

Dietary requirements for HIV positive women also normally result in conflict and misunderstanding, which then lead to violence, and their decision to cease childbearing leads to domestic violence as well.

Q: What needs to be done to help women make safe sex choices and breaki the norm of constantly submitting to men’s sexual whims?

A: Knowledge creates power, assertiveness and high self-esteem. It is necessary to deliberately focus on female empowerment through education so that women approach problems with confidence. If women become more aware of their rights, they will approach the problem of submitting to men’s whims with more vigour to resolve it.

In addition, enacting policies giving equal opportunity in social and economic life regardless of gender will build women’s assertiveness. Men have the advantage of power behind them, but give women equal access to that power and they will not submit to men’s whims.