Q&A: For Day Labourers, Life Is a Game of Russian Roulette

UNITED NATIONS, Dec 13 2012 (IPS) - They wait in parking lots, hoping for someone to come and offer them a few days of work. This work could entail anything from cleaning to construction, and though they may not be trained or equipped for these types of jobs, they have little choice, for they are day labourers, undocumented immigrants with no legal or moral support and subject at the mercy of their employers.

Day labourers come to the United States with hopes of a better future, but often they end up performing precarious work under terrible, sometimes even dangerous, conditions. 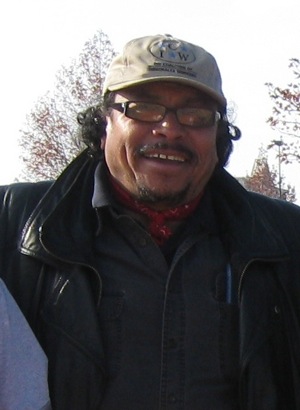 Carlos Canales, born in El Salvador, used to be one of them. After years in the day labour business, he worked his way to become a community and labour organiser fighting for the rights of his fellow labourers, who sacrifice so much for the sake of a better life.

Canales spoke to IPS correspondent Rebecca Hanser about his life in El Salvador, his adventurous but dangerous journey through Central America and his career from day labourer to human rights activist.

Q: Like so many other day labourers, your origins lie in another country. Can you describe your life in El Salvador prior to coming to the United States?

A: During the 1970s, I was recruited by the local Catholic Church to recruit young students, and my  duties consisted of teaching leadership courses. I was also part of one of the many groups that would visit the haciendas (mansions) of the wealthier population and make denuncias.

This means that we confront these people, who are often rich employers, for their irresponsible way of treating their employees – sometimes they don’t even pay them, or they leave them working in bad conditions.

Basically, what I am doing right now here in New York for the day labourers. I always felt opposed to social injustice, because for workers not to get paid for their work did is theft to me. But we were in the middle of a revolution, so this was also an era in my life filled with violence and danger. I was constantly on guard.

Every immigrant’s journey begins differently. We travelled from El Salvador to Guatemala by bus. In Guatemala, we bought a plane ticket to go to the border city Matamoros in Mexico. From there we had to walk across the U.S.-Mexican border. And we would always travel by night, starting at 6 pm and walk until 3 am. Imagine that we had a baby with us while doing this!

Our coyote or pollero – the guy that “transported” us – would guide us to the other side of the border. Using inner tubes, we swam to cross the Rio Grande River and when we got to the other side we still had to be alert because of the patrol guards everywhere.

In trying to take a plane to Houston, I was arrested after being falsely accused of human trafficking – they thought I was the coyote! They let my wife and daughter go, but I spent two months in prison until I was released on bail. I left for Houston and stayed there while working in the construction sector as a jornalero (day labourer). That’s where “my career” as a day labourer started.

Q: After you crossed the border, was this what you had in mind, working as a day labourer in Houston, Texas?

A: I definitely got what I asked for, without sometimes even being aware of it. Still, I remained optimistic, though it was tough to be the new kid on the block because the contratistas – people who offer day labourers work – didn’t know me so they never selected me for work.

Finally, after my brother-in-law begged a contratista to give me some work, I got my first assignment. It was then that I experienced what most day labourers are exposed to: dangerous working conditions, sometimes even life-threatening or fatal. I had to work with boiling liquids on a rooftop in Houston where temperatures rose to 110 degrees.

Because I was inexperienced, I got burned badly that day. I had no protection, but I was happy I finally got paid. But there are day labourers and immigrants out there who’ve experienced worse – people dying in trucks while being transported, stranded in the middle of nowhere and suffocating to death.

It’s like Russian roulette. You’re betting with your life.

Q: Now you are an active labour and community organiser in New York fighting for the rights of day labourers. Can you tell us something about your work?

A: Right now my work consists of designing campaigns to establish “day labourer centres” to try and get workers off the street and under some sort of protection or guidance. They are always in danger while waiting on the streets for work.

I am also co-founder and member of the National Day Labourer Organising Network (NDLON), and I help organise demonstrations or marchas and legislative campaigns to improve labour laws. I’m also the one day labourers turn to for advice on legal matters when they aren’t being paid or are working in dangerous situations and I accompany them during confrontations with employers in legal proceedings.

It remains insecure and dangerous work. All day labourers have their own reasons to for doing what they do and their own unique stories to tell, but they also have their own scars. All of us. Some are more traumatic than the others, but trust me, we have them.