In this column, Gunter Pauli, author, teacher and entrepreneur writes about the time when his children were born "it was a clear commitment: all clothing would have to carry the 'organic' seal. It was an expression of a lifestyle, a commitment to the Earth." Pauli is the founder of ZERI and designer of The Blue Economy.

BERLIN, Jan 28 2013 (IPS) - When my children were born it was a clear commitment: all clothing would have to carry the “organic” seal. It was an expression of a lifestyle, a commitment to the Earth. 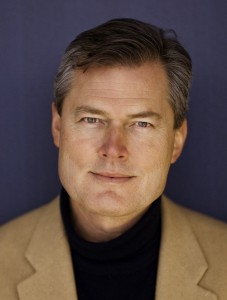 While in the early nineties I still had to search half the world to find certified organic children’s wear, today even mainstream shops carry organic clothing, especially for children.

I still have to pay a premium price like twenty years ago, but the products are easily available since an increasing number of brands pride themselves on offering natural products.

Whereas we have debated the use of biofuels that increase the cost of food, especially when subsidies divert corn from tortillas to gas stations, we have never debated the issue of fibres diverting land from food.

On a recent visit to China I learned that the government of the world’s largest cotton-producing nation decided to phase out cotton. The reasoning follows a clear logic: the land reserved to produce 32 percent of the world’s cotton should not provide a raw material for clothing. Land and its massive water reserve that made cotton viable and competitive should be reserved for producing food. Protein instead of fibres. The Chinese offer an insight into a logic that should prevail in all our production and consumption decisions: why waste water on clothing, when food is the priority?

All cotton, even organic cotton, requires excessive amounts of water. Eliminating chemicals is a great step forward, but is not enough to push society on a pathway towards sustainability.

There should be no doubt that by 2050 the additional two billion people on Earth will need to be dressed. However, the limited resources and the carrying capacity of our Earth need to be aligned with emerging demand.

While biologists have embraced chemicals, and even genetic manipulation to respond to growing needs, a smarter option emerges that goes beyond fiddling with nature through genetic control mechanisms, to searching for solutions within the regenerative resources that biodiversity offers.

After all, cotton originated from the Americas, but 63 percent is farmed in China and India, stressing the water reserves that even the United States does not have anymore. It is not good enough to have genetically modified cotton that requires less water: all water that is sustainably available should be dedicated to providing food security.

The question is: what else is available beyond hemp and kenaf? Time has come to create a portfolio of solutions. China offers once more an interesting strategy.

During the 2008 Olympics, the Chinese military was called in to clear two million tons of algae blooms from water bodies around Qingdao that were threatening the open water games.

This emergency situation provided an insight into the potential of algae. After all, these prolific protists feed on excessive nutrients and require no additional input. On the contrary, these grow in rivers and seas without ever needing fresh water as an input.

The processing is about removing water – not consuming water. It did not take long before motivated Chinese entrepreneurs and policy makers to join forces to create the first alginate-based textile fibre factory.

The conversion of 20 million tons, and the potential for farming beyond the harvesting of blooms, suggests that China could substitute all its fibre needs with these blooms. The cost to remove the bloom is converted into the generation of income without the need for additional land. The economics of new fibres could hardly be better.

A quick tour of the world confirms that Europe, Africa, the islands in the Chinese seas and Indonesia could provide a natural source for fibres that could release 25 percent of the world’s irrigation waters.

We should embrace a broader search and identify all the natural fibres that could meet demand without stressing this thin crust that sustains us. Regions characterised by temperate climates and void of rivers and seashores full of prolific algae growth seem to have forgotten another tremendous potential: nettle (Urtica dioica). Considered a weed around the world, this prolific plant thrives in poor conditions and could be part of the portfolio of fibres that will release water resources and dramatically reduce our dependency on chemicals to dress the world.

Nettles do not compete with food crops. Observing its presence, it does not even need to be planted. Since it is a perennial, once growing it only needs harvesting, no planting or nurturing. It is so easy to grow that it is embarrassingly simple compared to the industrialisation of cotton.

A piece of foul land the size of Belgium and the Netherlands is enough to provide a quarter of the world’s demand for fibres. We not only save the water, we save the chemicals and the seeds while generating jobs for producing a long lasting quality fibre that was the preferred raw material for the European royals in the Middle Ages, and remains the core fibre for men’s clothing in Bhutan and Nepal today.

We can continue to live on a beautiful blue Earth, provided we find out what we have. (END/COPYRIGHT IPS)