JOHANNESBURG, Jan 19 2013 (IPS) - A leading South African economist and investment strategist has warned that national priorities may be a more compelling factor influencing business decisions in the BRICS group of countries – Brazil, Russia, India, China and South Africa – than the prospects of increased market access through the alliance. 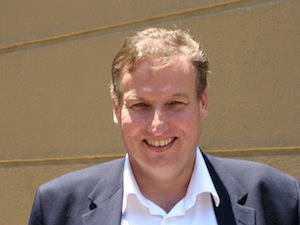 Hart, together with his colleague and Investment Solution’s chief investment officer, Glen Silverman, is planning to visit China and Russia to better assess possibilities for South Africa’s membership in this club of the world’s leading developing economies.

The experts also plan to gather data on what drives investment among and between the BRICS members.

Q:  What are you trying to achieve from these visits?

You won’t gain a full insight through desktop research, so our starting point is to explore conditions on the ground.  I won’t pretend that a single visit can give you a complete insight into a country, but it does give you a glimpse. We talk to business leaders, a number of specific companies, as well as economists, investment strategists and social analysts. And since our trip to India we are also seeing academics and policy makers, with plans to talk to geo-strategists on our visits to China and Russia.  We also look at conditions on the ground through slum tours – we don’t want a sugarcoated view. We plan to visit China in May, and Russia within a year after that.

Q.   What do you do with the information you gather?

A: We advise and feed back into our investment processes – on how to allocate assets. We have already increased our weighting towards emerging markets, from the developed countries. We also share our findings in formal presentations to our client base and to the asset management community in South Africa.

Q:  What have you discovered about business attitudes towards the BRICS group?

A:   If you ask a Brazilian company, the response is that it is absolutely irrelevant. In Brazil, language is a huge issue. Brazil is self-contained as a country; it’s huge. If you live there, you have little reason to speak anything other than Portuguese.  Your average Brazilian corporate still doesn’t have a full footprint within Brazil, so the complete focus is on (internal issues) – it’s very introspective.

It is very difficult for outside companies to compete because of the language and legislative complexity – there are a lot of barriers to entry.  BRICS is not relevant from a corporate point of view, with the one exception of the government, because they are involved in the establishment of a BRICS development bank.  The key question is: will business follow the political lead?

Q:  What about India?

A:  India’s policy is to move away from development banks, which are not as effective there. India is similar to Brazil with few companies having a full national footprint. An internal focus will keep Brazilian companies busy for decades, whereas in India they are quite open and accessible to global opportunities.  They will go where they can leverage their corporate strength in other countries, and in that sense they are much more entrepreneurial. They are more globally aware and focused than the Brazilians.

Q:   You talk of the concept of a “national scar”. What do you mean by that, and how is it relevant to BRICS?

A:   In South Africa, apartheid is our scar, and the redress of apartheid becomes relevant. Brazil’s national scar is inflation, and in a way it’s parallel to the German experience. Inflation is a fear because of the hyperinflation of the late 1980s and early 1990s.

In India it’s more complex. A businessperson’s scar is red tape and corruption.  However, your older civil servants cite colonialism as the national scar, and blame that for corruption. Academic types would cite poverty and inequality.  When it comes to policy makers, you can’t just site a business in an urban area without thinking of doing something in a rural area. National scars distort best practice and have an impact on policy making. They may be a more important deterrent to involvement with a BRICS partner than any political (consideration).