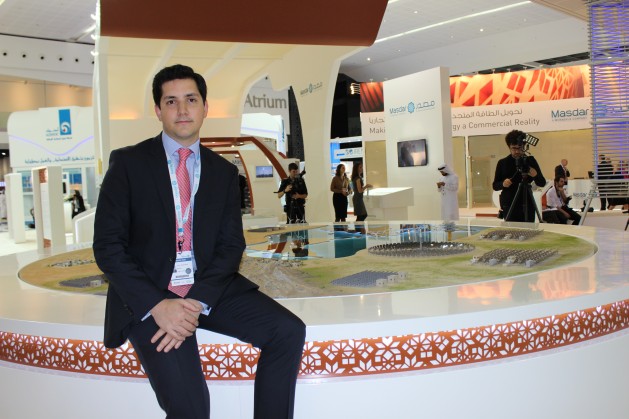 Jan 15 2013 (IPS) - With Abu Dhabi holding the world’s fifth largest oil reserve and sixth largest gas reserve – enough hydrocarbons to last another hundred years – one might wonder why the emirate has jumped into the global fray of renewable energy and clean technologies.

The answer is simple, says Omar Zaafrani, strategy and international communications manager at Masdar. “While we are among the leading players in the global energy market and a significant hydrocarbon producer, the UAE (United Arab Emirates) leadership is farsighted enough to realise that these energy sources are finite. We are not immune to the energy challenges, either.”

Masdar, meaning “source” in Arabic, is a commercially-driven renewable energy company based in Abu Dhabi. It was established in 2006 by the UAE government to contribute to the Abu Dhabi Economic Vision 2030 of diversification of the economy through advancement of renewable and sustainable technologies.

At the same time, the UAE, with a population of eight million, also wants to be seen as contributing to global efforts to combat climate change and to amend the country’s reputation as having one of the biggest per capita carbon footprints in the world.

By 2020, Abu Dhabi will have seven percent renewables in its total energy mix, with a planned nuclear plant providing another 20 percent.

But Masdar’s piece de resistance, according to Zaafrani, is the 100 megawatt Shams 1 concentrated solar power (CSP) plant situated in the Western Region of Abu Dhabi. It is “set to be the world’s largest single-unit CSP” and will begin generating electricity to the national grid in the first quarter of this year, powering 20,000 homes currently using natural gas – the equivalent of planting 1.5 million trees or taking 15,000 cars off Abu Dhabi roads.

Internationally, Masdar is supplying 120 megawatts of solar energy in Spain, as well as an 870-megawatts London Array offshore wind farm in the UK, among other smaller renewable energy projects around the world.

Masdar also puts in action what it preaches. About 14 kilometres from downtown Abu Dhabi, the firm has built Masdar City, which is run solely on a 10 megawatts solar project. “The city combines passive and intelligent design whereby its buildings reduce energy demand by 56 percent and potable water demand by 54 percent,” he explained. “All the water is recycled and reused for landscaping and the plants grown need less water. Buildings are huddled together, like the old medina style, which were dense and narrow, so there is more shade on the streets.”

“It’s quite like going back to the roots. While the design is futuristic, when you strip that, you find a lot of our techniques are based on tradition,” Zaafrani told IPS.