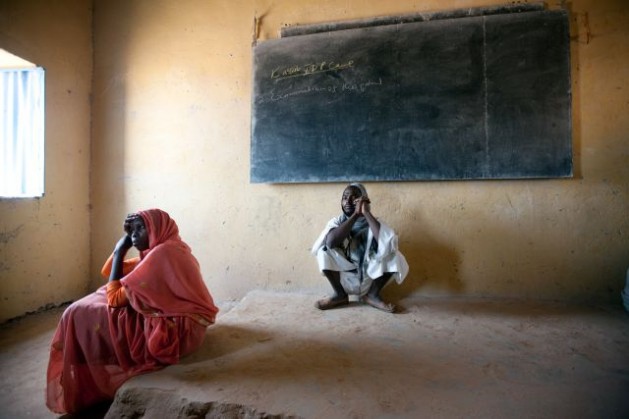 In the first of a series of reports on the subject, the Brussels-based think tank urged the long-ruling National Congress Party (NCP) to sit down with both its armed and unarmed opposition, as well as civil society groups, to forge a transition to a new governance system designed to resolve conflicts between the central government in Khartoum and its restive regions.

It also urged the international community, including the U.N. Security Council, the African Union, and the Arab League, to join the demand for a single, comprehensive solution to Sudan’s multiple conflicts lest the country fragment further 18 months after South Sudan gained its independence.

This conflict in Darfur is now 10 years old, and we need to see a renewed effort to bring about stability and peace in this devastated area.

“Unless the government and the international community engage with both the armed and unarmed opposition and achieve a comprehensive solution to Sudan’s chronic problems, the conflicts will continue and multiply, threatening the stability of the entire country,” according to E.J. Hogendoorn, the ICG’s deputy Africa programme director.

The new 55-page report, which focuses primarily on the war between the government and the Sudan People’s Liberation Movement-North in South Kordofan, comes as aid groups are reporting growing humanitarian crises in North Darfur, as well as states bordering South Sudan.

Oxfam warned Thursday that tens of thousands of already-displaced people have fled inter-tribal fighting in several areas of a gold-producing region in North Darfur and now lack access to clean water and adequate shelter and sanitation.

It said at least 90,000 people had been displaced in the Jebel Amir area over the past month – more than the number who were displaced in Darfur during all of 2012. The group called on the government to open a key road into the area and permit relief organisations full access.

“This conflict in Darfur is now 10 years old, and we need to see a renewed effort to bring about stability and peace in this devastated area,” said El Fateh Osman, Oxfam’s Sudan country director. “We are struggling to meet already existing needs even as more are pushed into crisis.”

Oxfam’s statement followed an appeal last Friday by the U.S. State Department for the Sudanese government of President Omar Al-Bashir to halt aerial bombings in the region and to “urgently disarm militias” there.

Some of the Arab tribal militias taking part in the current fighting there were allied with the government 10 years ago as part of a scorched-earth counter-insurgency campaign that resulted in the deaths of at 300,000 people, most of them from black African farm communities.

But the ongoing economic crisis faced by the government resulting from the loss of oil revenue that followed South Sudan’s independence has weakened Khartoum’s influence over the militias, some of which have since turned on their former ally and patron not only in Darfur, but also in other regions, including South Kordofan and Blue Nile states where the Bashir government has used tribal militias to fight rebel movements.

Over the 18 months, more than 200,000 people have fled to South Sudan or Ethiopia from those two states, while another half million or more have been displaced internally in areas controlled either by the government or by the Sudan People’s Liberation Movement-North (SPLM-N), a rebel group with close ties to South Sudan’s government.

In its latest report, ICG said the conflict in South Kordofan, in particular, has reached the state of “strategic stalemate”, exacting a “horrendous toll” on the civilian population.

The SPLM-N, according to the report, has as many as 30,000 soldiers and a large stockpile of weapons, compared to between 40,000 and 70,000 government troops. While the rebels are deeply entrenched in the Nuba mountains, the government controls much of the lowlands where most of the region’s food is grown.

“Government forces have fallen back on their familiar pattern of striking at communities suspected of supporting the rebels, so as to prevent the SPLM-N from living off the surrounding civilian population. Unable to farm, and with the government preventing humanitarian access to insurgency-controlled areas, many civilians have been forced to flee,” the report noted.

Adding to the SPLM-N’s strength, however, is its alliance with the Sudan Revolutionary Front (SRF), a coalition of rebel groups from around the country, and its increasing coordination with the official opposition parties

In its on-again off-again negotiations with the government, according to the report, the SPLM-N has increasingly pressed a national agenda, reflecting the concerns of its SRF partners, while the government has preferred to confine discussions to local issues.

In a major development last month, the SRF signed a “New Dawn Charter” with the National Consensus Forces (NCF), a coalition of all of Sudan’s opposition parties and some civil society groups. The result is a growing national coalition, including both armed and unarmed groups, in favour of a major reform in the way the country is governed.

The international community, according to the report, should engage with the SRF in order both to encourage its evolution “from a purely military alliance to a more representative and articulate political movement” and to facilitate negotiations with Khartoum for a comprehensive solution to Sudan’s regional conflicts.

“If negotiations only partially address the political marginalisation of peripheries, calls for self-determination, still limited in Darfur and Blue Nile but vocal in South Kordofan, will increase.”