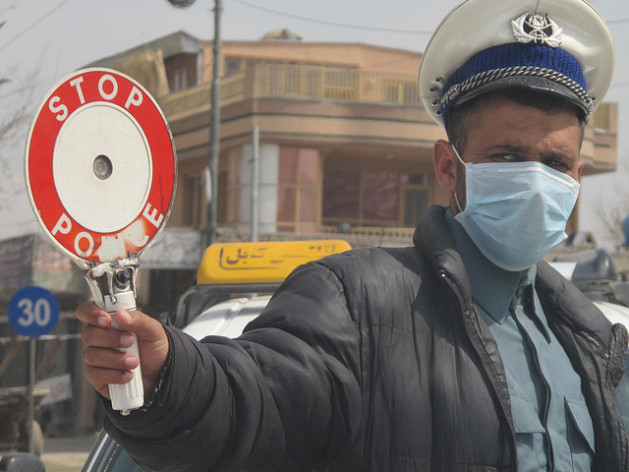 WASHINGTON, Mar 14 2013 (IPS) - Next year’s drawdown of U.S. forces and decline in U.S. aid will leave in its wake an Afghan political system lacking legitimacy and stability, according to interviews with Afghanistan experts, news reports and congressional studies.

Despite receiving tens of billions of dollars in U.S. funding, Afghanistan’s government has failed to sustain Washington-built development projects, experts here are warning, including the training and equipping of Afghan police and security forces. Much of this is due to corruption on the part of U.S. private contractors, lax U.S. and Afghan government controls, and the innate weakness of Hamid Karzai’s government.

Without adequate security, reconstruction either comes to a halt or continues without the necessary oversight.

“How are we going to pay for this?” asked Andrew Wilder, an Afghan expert at the U.S. Institute for Peace. “This is the key question. How do we pay for these police and infrastructure programmes when the fiscal resources are going to shrink next year?”

According to Vanda Felbab-Brown, an Afghanistan specialist at the Brookings Institution, a Washington think tank, the U.S. aid that has flooded into Helmand and Kandahar provinces, instead of bringing sustainable development, has distorted local economies and triggered “contests over the spoils”

She added that she believes that turning off the U.S. spigot will produce “a massive economic constriction” inside the country that could increase political instability.

News about the corruption of U.S. private contractors has brought further dismay. After more than a dozen quarterly reports to Congress, 40 percent of the 56 billion dollars allocated to civilian projects in Afghanistan cannot be accounted for by SIGAR, the Special Inspector General for Afghan Reconstruction.

In fact, corruption on the part of both Afghan and U.S. private contractors consumes much of U.S. aid to Afghanistan, according to studies, U.S. officials and analysts. More than 100 cases of corruption, by both U.S. contractors and Afghan subcontractors, have gone officially ignored, and when U.S. Government Accountability Office auditors looked at the programmes, they were not shown the uncompleted projects SIGAR found in 2011.

Claire McCaskill, a U.S. senator, said in a widely reported statement that the Afghan National Police (ANP) and the Afghan security forces have been identified “as central to our success in Afghanistan and to help secure Afghanistan’s public under the rule by law, maintain order and to prepare for the U.S. exit.”

Overall, the United States has spent more than 29 billion dollars on the Afghan national security forces, with one third going to the ANP.

The most acute problem lies with the fact that the Afghan government has no adequate structures by which to track the development it oversees. According to an April 2011 SIGAR audit, the Ministry of Interior Affairs cannot accurately determine the number of personnel that work for the Afghan police, and the ministry’s record-keeping is said to invite massive fraud.

The report makes clear there is no way to guarantee where payroll money is going. It also reported that there are likely to be “ghost employees” who simply don’t show up or others who collect paycheques under multiple names.

The audit also said there are significant doubts about the Afghan government’s ability to maintain the more than 800 facilities meant for the Afghan Army and the ANP currently being built with 11.4 billion dollars of U.S. aid.

For instance, a 2012 inspection report on a 7.3-million-dollar border police facility in Kunduz province, meant to house 173 people, found only 12 Afghan personnel on site. The facilities were locked, the police there had no keys with which to open the doors, and no one was sure whether it would be used in the future.

Just last month, SIGAR audits disclosed that although 30,000 vehicles were given to the ANP for eight provinces, the Afghans lack the capacity to perform maintenance on them. Further, the U.S. contract did not take into account vehicles that had not been in service for over a year or had been destroyed.

SIGAR reported that 63 million dollars’ worth of funds designated for the ANP for the repair of police cars had been misused between April 2011 and September 2012, even as the Interior Ministry asked that the responsibility for repairs be switched from foreign to Afghan oversight.

According to news reports and confirmed by interviews, the Afghan police were using the U.S.-provided vehicles for personal use. The audit found deficiencies in spare parts inventories, and the Defence Contract Management Agency did not always conduct monthly oversights of the facilities, among numerous other failures.

Meanwhile, as the number of U.S. personnel shrinks, security has deteriorated.

One of SIGAR’s inspection teams was told that a location in northern Afghanistan was beyond the security “bubble” and “therefore deemed too unsafe to visit,” according John Sopko, who now heads SIGAR. In a November interview at the Stimson Center, a Washington think tank, he said that a lack of safety resulted in an inability to inspect 38 facilities, worth approximately 72 million dollars.

“We’re finding that we cannot always get the protection we need to conduct our work,” he said, even though Kabul is within the security “bubble”. He added: “Without adequate security, reconstruction either comes to a halt or continues without the necessary oversight.

Billions of additional dollars move into the numbered accounts of Afghan politicians who leave the country on official trips to Dubai never to return, former U.S. intelligence officials told IPS.

In November, Sopko touted his agency’s “innovative ways of conducting oversight”. He claimed that SIGAR has made “aggressive recommendations for suspension and debarment” of 206 contractors accused of fraud, with 43 of these cases involving companies that actively supported the insurgency.

Many of those referrals were not acted upon, however, which is why Sopko is currently seeking his own authority to suspend and debar contractors.

But whatever the result of the coming reforms, the message is still startlingly clear: when the United States draws down its forces next year, the Afghan security forces will not be ready to create a stable Afghan state on their own.