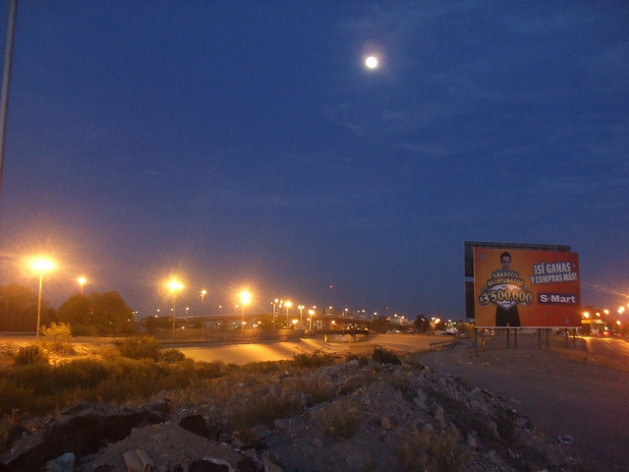 WASHINGTON, Mar 1 2013 (IPS) - A group of business executives, civil society leaders, policy experts and former government officials from Mexico and the United States are recommending that the two countries expand cooperative law-enforcement efforts along the border.

They also assert that both countries need to develop a joint plan to address the negative effects that the current immigration system is having on individuals, families and communities.

Established in 2009, the Pacific Council on International Policy and the Mexican Council on Foreign Affairs (COMEXI), a Mexico-based non-profit association, convened for the fourth time on Wednesday here in Washington in order to evaluate bilateral progress in managing the U.S.-Mexico border.

“The concerns of the report address issues related to both border security and immigration reform,” Rob Bonner, the task force co-chair and a former commissioner of U.S. Customs and Border Protection, said Wednesday.

“Migration remains one of the most important features of the U.S.-Mexico relationship, but beyond political rhetoric it has played a smaller part of the policy agenda between our two countries. Now, both domestically and bilaterally, implementing comprehensive immigration reform is within our grasp.”

When it was created, the principle objective of the task force was to introduce a set of policy recommendations for both governments on how to strengthen border security and cooperation, focusing on public safety, migration, facilitation of legal transit and commerce, economic development and border institutions.

The COMEXI report, initially published in 2009, was widely welcomed by government officials in both countries.

“The task force outline posed a specific set of approaches in looking at border management,” Christopher Wilson, an associate at the Mexico Institute of the Woodrow Wilson Center, a think tank here, told IPS.

“Many of them fell under the category of shared responsibility, looking at trans-national challenges, taking responsibility for them and then finding ways to work together for a common solution.”

Wilson says the new set-up replaced an older model of bilateral relationship in which one party would typically blame the other for challenges in dealing with the border.

“Look at the example of drugs and weapons smuggling,” Wilson says. “There are drug demand issues on the U.S. side, but there are weapons demand issues on the Mexican side, where there are also rule-of-law issues and violence. The task force sought ways to share responsibility and work together to confront these interconnected problems.”

Since that time, many of the recommendations have been implemented. For instance, the U.S. and Mexican federal governments have made large investments in staffing, infrastructure and technology and have refocused cooperation on security efforts.

Task force members say that several issues remain outstanding, however, including better law enforcement against illegal migration and weapons smuggling, as well as environmental issues like illicit dumpsites, pollution and the reintroduction of native trees.

At Wednesday’s meeting, the task force emphasised the current opportune timing for implementation of these remaining responsibilities, given new administrations in both capitals.

Dealing responsibly with the migration issue is particularly pressing, the task force says, noting that of the hundreds of thousands of people who cross the border illegally each year, the vast majority are economic migrants from Mexico seeking work.

They propose that Mexico and the United States establish a joint commission of economists, demographers, business and labour leaders to analyse the labour market effects of these long-term demographic trends and economic integration.

Wilson says this process is about “changing the concept of the 21st century border”, a concept he notes was adopted by Mexican President Felipe Calderon and Barack Obama in 2010 and was largely envisioned by the task force report.

“The idea is that you can have security gains without sacrificing the efficiency of moving people and commerce and still have joint economic prosperity,” Wilson says.

“There is a new Mexico today, one that is in many ways different from the Mexico of 20 years ago. It’s a richer country, largely middle class, with fewer children per family – and thus fewer young people entering the labour force.”

These lower fertility rates have translated into a dramatic reduction in the pressure put on Mexicans to migrate, legally or illegally. Apprehensions at the border are currently at their lowest point in 40 years, for instance – a reflection of both the recent decline in the U.S. economy as well as changes on the Mexican side.

In line with these changes, the U.S. government has instituted a new programme that expedites travel for pre-approved travellers deemed “low risk”.

However, the task force says more needs to be done to fully realise the potential economic partnership. Its members suggest, for instance, that the two countries jointly develop a plan for better managing the relaxation of U.S. federally imposed restrictions on legitimate commerce between border communities.

“There has been a lot of focus on security but relatively less focus on ports of entry. There is a lot that can be done to improve economic efficiency.”

With talks in Washington currently under way in a major push towards bipartisan immigration reform, the task force believes today’s realities make their recommendations particularly timely.

In January, a bipartisan group of senators unveiled a set of principles for comprehensive immigration legislation that includes a “pathway to citizenship” for the 11 million immigrants already in the country illegally, contingent on first securing the country’s borders.

While the U.S. provides permanent residence to more than a million immigrants a year, critics argue that legal permanent residents often must endure years of separation before they can be united with spouses and children, and prospective immigrant workers with approved petitions also often have to wait years for green cards to become available.