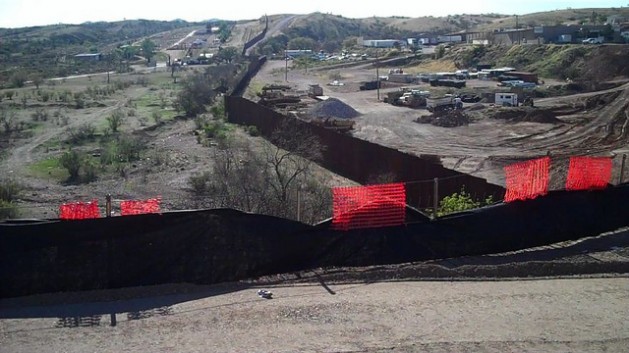 WASHINGTON, Feb 6 2013 (IPS) - The electoral and political stars are aligning in ways that offer the United States and Mexico major opportunities to substantially deepen their cooperation, particularly on trade, energy, and immigration, according to a report released here Wednesday by a special commission of the Inter-American Dialogue (IAD).

With Mexican President Enrique Pena Nieto taking office at virtually the same time as Barack Obama begins his second presidential term, the two leaders have four years to address some of the most difficult and longstanding bilateral challenges, according to the report, entitled “A More Ambitious Agenda”.

Like a longer one on the same subject released two weeks ago by the Mexico Institute of the Woodrow Wilson Center for International Scholars here, the IAD report comes at a particularly auspicious moment, given both the strong performance of the Mexican economy and the apparent willingness of long-resistant Republicans in Congress to make key compromises on immigration reform.

These include finding ways to legalise the status of the estimated 11 million undocumented immigrants living in the U.S., more than half of whom are believed to be Mexican.

“There is an enormous amount of optimism right now in the bilateral relationship, and the reason of that is because there’s an idea that this is a new beginning,” said Duncan Wood, co-author of the Wilson Center report, entitled “New Ideas for a New Era”.

“There’s optimism about the Mexican economy and the real potential for immigration reform in the United States,” he told IPS.

“So you have the opportunity for a much more positive dialogue, particularly when you compare it with what we saw during the (Felipe) Calderon administration, when the primary focus was on security, violence and death. There’s now an opportunity to reframe the relationship, and I would say the economic issues lead that.”

The IAD report highlights Pena Nieto’s proposed reforms of Mexico’s energy sector which, among other things, could result in the exploitation of its huge deposits of shale gas and oil. This would not only assure the country’s status as a major oil producer, but also “bring North America closer than ever to energy independence”.

In addition, the “decisive role” played by the Latino vote in the November elections here has propelled immigration reform to the top of the U.S. political agenda for the first time in a generation, according to the commission which was co-chaired by former Mexican President Ernesto Zedillo and former U.S. Trade Representative Carla Hills.

“(T)he prospects are better than they have been in decades for a sensible reform of U.S. immigration policy – which should produce significant economic gains for both nations while easing a long-standing source of bilateral tension and mistrust,” the report concluded.

While opportunities for breakthroughs may be less obvious with respect to their approaches to fighting drug cartels and the violence that has killed an estimated 60,000 people in Mexico over the last six years, the cooperation between their security and police agencies has reached unprecedented levels.

“This is the right time to reassess the (U.S.-backed) Merida Initiative, reinforce efforts to shrink U.S. drug use, and stop the flood of weapons (from the U.S.) into Mexico,” according to the report.

It also noted the Obama administration’s willingness to discuss alternative approaches to the “war on drugs”, as well as recent initiatives, both within the U.S. and Latin America to consider legalising the production, sale and use of marijuana.

Since the signing of the North American Free Trade Agreement (NAFTA) in 1992, bilateral trade has expanded by some 500 percent, making Mexico Washington’s third largest trading partner amid predictions it could overtake Canada for the top position within a decade. At the same time, Mexican-Americans now make up more than 10 percent of the U.S. population and seven percent of its electorate.

The report calls for the two nations to pursue three “high-priority goals. On the economic side, the two countries should work to make their shared labour markets more efficient and equitable; create a more-coherent North American energy market; and co-ordinating with Canada in negotiating the Trans-Pacific Partnership with selected South American and East Asian nations.

“There’s a perception that the Pena Nieto government can get things done,” said Wood, who noted that his Institutional Revolutionary Party (PRI), which ruled the country for 71 years, “knows how to reach a consensus” in contrast to Calderón’s National Action Party (PAN), whose 12-year reign ended in December.

On the immigration front, the U.S. should implement an expanded and predictable temporary labour programme for both professional and low-income workers, ensuring a larger flow of legal migrants whose homes would remain in Mexico.

In addition, immigration legislation must include a pathway for undocumented immigrants here to legalise their status. Such a step, according to the report, “could hugely benefit both the U.S. and Mexican economies,” in part by increasing both tax payments to local, state and federal governments and remittances sent to Mexico.

Given the results of the November elections and the pressure on Republicans to ease their opposition to any such “amnesty” scheme, such reforms are considered more likely to pass the Congress than at any time since the last major immigration reform in the mid-1980s.

The challenges posed by public insecurity, organised crime, and drug trafficking and abuse “may be the most harrowing test” for both governments, according to the report, which recommended that they should jointly review Washington’s policies toward illicit drugs and firearms, whose export to Mexico has fuelled the violence there.

Pena Nieto should follow through on campaign pledges to create an elite federal police force that would sharply reduce the role of Mexico’s military in the anti-crime campaign, while Obama should allocate significantly more resources to prevention and treatment programmes that help reduce demand for illicit drugs, it says.

The report’s recommendations to consider U.S. drug policy reform and legalisation of marijuana – as well as reassessing the five-year-old security-assistance programme, the Merida Initiative – were welcomed by Laura Carlson, director of the Mexico City-based Americas Program of the Center for International Policy as “bright spots” in the report.

But she expressed disappointment that the commission “repeats the formulas that have led to increased poverty under NAFTA and made Mexico one of the most unequal nations in the world.”

“That this group would come out with a recommendation of …more free trade, more privatisation, more guest workers, more oil drilling is not surprising,” she told IPS in an email. “But it’s particularly hard to swallow when no mention is made of poverty alleviation, shared environmental crisis, human rights or corruption on both sides of the border.”