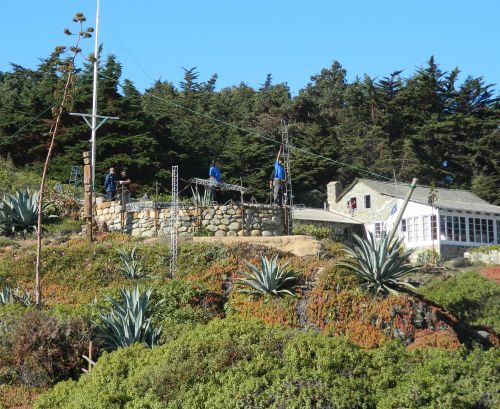 SANTIAGO, Apr 9 2013 (IPS) - The investigation in Chile of the possibility that Nobel Prize-winning poet Pablo Neruda was murdered by the 1973-1990 dictatorship is seen as a major stride forward in the search for truth and justice for human rights crimes that remain unpunished 40 years after the coup d’etat.

Forensic experts will seek traces of biological elements related to the prostate cancer he was being treated for and to a possible poison that he may have been injected with.

The samples will be analysed in laboratories in Chile and perhaps abroad, as offers have come from Canada, Spain, the United States, Sweden and Switzerland. The process could take up to three months.

The exhumation was ordered by Judge Mario Carroza, who is investigating whether or not Neruda died of natural causes, as widely believed until now, on Sept. 23, 1973. He died just 12 days after the bloody coup by General Augusto Pinochet that overthrew democratically elected socialist President Salvador Allende (1970-1973), a close friend of Neruda’s.

“It is extremely important for a judge to say that all cases of human rights violations must be clarified, including the death of Allende (during the coup), of former president Eduardo Frei Montalva (1964-1970) or of Neruda, because that amounts to recognition that the justice system is in debt when it comes to the crimes committed in the dictatorship,” sociologist Manuel Antonio Garretón, winner of the National Humanities Prize 2007, told IPS.

Neruda died in the private Santa María clinic in Santiago four days after he was hospitalised for treatment of the cancer that had not kept him from living a normal life.

Some close to the poet suspected that the cause of death was an injection Neruda was given before he died, which they believe may have contained a poison – probably similar to what presumably killed Christian Democrat leader Frei Montalva in 1982, who at the time was one of the leading opposition figures to the Pinochet dictatorship.

When he died, Neruda, who was born with the name Neftalí Reyes, was 69 years old. He had been a member of the Communist Party of Chile for 28 years, and was preparing to go into exile in Mexico, where he would have been a strong voice of opposition to the regime.

The lawyer for the plaintiffs, Eduardo Contreras, told IPS that there were “strong suspicions” that Neruda was killed by agents of DINA, Pinochet’s secret police.

Contreras noted that around that time, Michael Townley, a U.S. citizen who was a double agent of the Central Intelligence Agency (CIA) of his country and DINA, was active in Chile. He carried out several assassinations by poisoning with chemical substances.

Townley worked with Eugenio Berríos, the chemist who recreated sarin – a poisonous nerve gas invented by the Nazis – and worked with other lethal chemical weapons under the orders of DINA. Berríos was kidnapped and killed in Uruguay in the early 1990s by members of the Uruguayan and Chilean military.

In the days before his death, Neruda’s profound sensibility was overcome when his three houses were raided and looted by agents of the dictatorship.

Nearly 40 years later, Araya is at the centre of the lawsuit that the Communist Party filed in court.

“I want the forensic experts to put their hands on their hearts and tell the truth about Neruda,” Araya told IPS. “He didn’t even make a will, because he wasn’t actually dying.”

The sociologist, Carretón, said that above and beyond the question of whether Neruda was assassinated, it is important to investigate the abuses to which he was subjected before his death.

“Let’s suppose that there are no signs that third parties played a role in his death. Nevertheless, crimes were committed that have to do with the raids of his homes and actions that accelerated his death,” he said.

He added that if it is proven that Neruda was murdered, “the repercussions could be big, and many of those who still don’t believe that human rights violations were committed could realise that even the country’s top poet was killed, directly or indirectly.”

Furthermore, the case, involving Chile’s most famous poet, once again trains the spotlight on the human rights crimes that have gone unpunished, he added.

Some 3,000 people were killed or forcibly disappeared and nearly 30,000 were tortured during the 17-year dictatorship.

Neruda’s death certificate states that he died of cachexia, or loss of body mass, weakness and wasting caused by severe chronic illness. But he actually weighed over 100 kilos, according to Araya, and to Mexico’s ambassador to Chile, Gonzalo Martínez, who visited him in the clinic before his death.

A day after he died, the conservative newspaper El Mercurio published a report stating that Neruda had died “of a heart attack, a consequence of the shock suffered after he received a painkiller injection.”

Former judge Juan Guzmán, who was the first to prosecute Pinochet, said the exhumation of Neruda’s remains increased the odds that the homicide theory was correct.

“I imagine that in order to decide to do this, Carroza must have had strong presumptions that he died of causes that had nothing to do with his illness,” he told IPS.

“I used to be skeptical, but after all the investigations that I carried out, many of them involving medical questions, I’m not so sceptical anymore. And I believe it is necessary to investigate when there are indications that a murder may have been committed.”

If it is confirmed that Neruda was killed, “it would be appalling,” Guzmán said. “Pablo Neruda was a man of peace, who embodied peace through his poetry and his personal actions. So for me, more than a murder of a person, it would be the murder of everything he represented.”