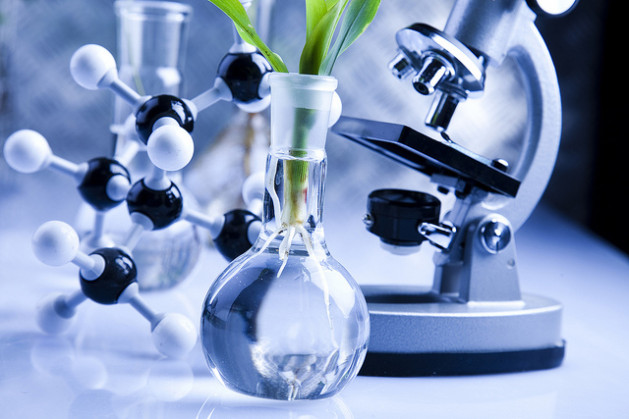 WASHINGTON, May 14 2013 (IPS) - A consumer protection group here is accusing U.S. diplomats of engaging in a concerted and at times forceful advocacy campaign on behalf of genetically modified seeds and even specific biotechnology companies, particularly aiming to influence governments in developing countries.

In a report released Tuesday, Food & Water Watch (FWW) offers new research suggesting that the U.S. State Department over the past decade has offered centralised directives to U.S. embassies to promote biotech products and respond to industry concerns.

“Biotech is such a controversial policy...why would this be a central tenet of U.S. development and foreign policy?” -- Darcey O’Callaghan of Food & Water Watch

U.S. diplomats were reportedly told to work to change negative public perceptions on biotechnology – going so far as to target high school students in Hong Kong – and to push governments in developing countries to create laws friendly to the industry.

“The State Department views its heavy-handed promotion of biotech agriculture as ‘science diplomacy,’ but it is closer to corporate diplomacy on behalf of the biotechnology industry.”

The conclusions come after researchers looked through a sampling of diplomatic cables from 113 countries dating from 2005 to 2009, released as part of the WikiLeaks 2010 data dump. According to a survey of nearly a thousand cables, FWW reports that the number of diplomatic missives discussing biotechnology rose each year, from 106 references in 2005 to 254 in 2009.

“Biotech is such a controversial policy – even here in the United States, where campaigns are currently underway in over 20 states to require labelling of foods with genetically modified ingredients,” Darcey O’Callaghan, the international policy director at Food & Water Watch, told IPS.

“In such a situation, why would this be a central tenant of U.S. development and foreign policy?”

She notes that little change in policy took place after President Barack Obama’s administration took over.

More than a decade and a half after genetically engineered (GE) crops were first introduced in the United States, during the mid-1990s, by last year just five countries are said to have been growing nearly 90 percent of all biotech crops. That’s a potentially lucrative market for the industry.

“Although the U.S. commodity crop market is nearly saturated with biotech seeds, most of the world remains biotech-free,” the report states. “The seed companies need the power of the U.S. State Department to force more countries, more farmers and more consumers to accept, cultivate and eat their products.”

The State Department says it has not yet reviewed the new report.

“It is important to note that the State Department works to ensure market access for all U.S. agricultural products, including organic, conventional and GE crops,” a spokesperson told IPS. “We work in partnership with agencies across the federal government to promote biosafety regulatory systems in developing countries to enhance access to new agricultural technologies.”

The department says it supports the adoption of transparent and science-based regulations in other countries, which it suggests works to increase market access for U.S. products while also promoting innovation in developing countries.

“Agricultural production will need to increase by 60 percent or more by 2050, as the global population goes from seven billion to nine billion people,” the spokesperson said.

“New technologies are critical to achieving this goal in a more sustainable manner, using less land, less water, less fertiliser and fewer pesticides. The challenge is enormous if we are to feed a growing world with fewer inputs in the midst of climate change.”

Yet critics have long held that the use of genetically modified seeds yokes farmers to agribusinesses, requiring ongoing purchases of company-specific inputs.

“An overwhelming number of farmers in the developing world reject biotech crops as a path to sustainable agricultural development or food sovereignty,” Ben Burkett, president of the National Family Farm Coalition, an advocacy group, said Tuesday.

“The biotech agriculture model using costly seeds and agrichemicals forces farmers onto a debt treadmill that is neither economically nor environmentally viable.”

In addition, FWW points to evidence that GE products do not necessarily deliver on the promises made by their promoters.

“Biotech agriculture is uniquely unsuited to the farmers of the developing world,” the report states. “[But] there are a host of promising, lower-impact agricultural approaches that have been shown to increase productivity, maximize economic return for farmers and enhance food security.”

None of the WikiLeaks cables used in the FWW research were secret. Further, the State Department’s focus on biotechnology is already fairly well known, while the agency’s mandate to promote U.S. interests abroad is an inherent responsibility.

Rather, critics’ concerns revolve around the seemingly forceful use of U.S. diplomatic strength to push narrow interests on an issue that not only has potentially lasting implications but also remains under intense debate. Consumers in the European Union, for instance, have been repeatedly found to oppose genetically modified crops, and E.U. countries have been at the forefront of requiring the labelling of foods with GE ingredients.

Indeed, FWW points to a State Department memo that specifically aimed to attempt to “limit the influence of EU negative views on biotechnology.” (In 2006, the World Trade Organisation backed the United States in ruling that an E.U. ban on the import of GE foods was illegal.)

Further, while legislative action has lagged in most developing countries, broad-based civil society opposition has been widely documented. Late last year, Peru and Kenya both imposed bans on the import of genetically modified foods, while Nigeria was reportedly considering following suit, citing lack of scientific consensus on the long-term impact of GE materials.

In November, some 400 civil society organisations urged the African Union to impose such a ban on a continent-wide basis.

FWW’s O’Callaghan says the new evidence highlights a “conflict of interest” in the State Department, which is tasked with promoting U.S. interests abroad while simultaneously housing USAID, the government’s main foreign aid agency.

“USAID is ostensibly a development organisation,” she says. “But when you put those two interests – development and corporate priority – side by side, which do you think will win out?”

FWW is urging the imposition of a “firewall” around U.S. development efforts, warning that pushing a “pro-corporate agenda in the guise of foreign policy is misguided and undermines the U.S. image abroad.”