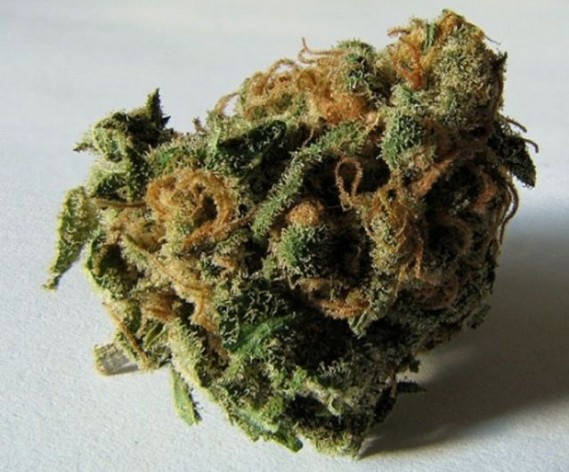 MEXICO CITY, Aug 6 2013 (IPS) - If marijuana is legalised in the Mexican capital, as the local government proposes, this country would have to review its adherence to the three international drug control treaties, a trail already blazed by other nations.

The Mexico City Federal District city council and the leftwing government of Mayor Miguel Mancera announced that debates would begin in September on health, economic and security aspects of marijuana, popularly known here as “mota”, and medical use might by approved by the end of the year.

Under the General Health Law, amended in 2009, state governments have the authority to legislate on health issued related to illegal drugs. The law permits possession for personal use of five grams of marijuana, 500 milligrams of cocaine and 50 milligrams of heroin, but bans production, distribution and sale of these substances.

Uruguay is set to become the first country in the Americas to completely legalise marijuana. Last week, the lower house of Congress approved a draft law that would put the production, distribution, and sale of marijuana in the hands of the state.

If passed by the Senate, as expected, the law will create a controlled regime of personal use in the South American country, where possession of small amounts of illegal drugs for personal use is not penalised.

The state will licence and regulate private marijuana farms. Registered consumers will be able to buy up to 40 grams a month in pharmacies. The law will also legalise home cultivation of up to six plants for personal use, as well as the creation of cannabis clubs.

In the United States, production, distribution and sale of marijuana is only legal in Colorado and Washington state, as a result of ballot initiatives. In addition, 20 out of 50 states now allow medical marijuana, while first-time possession of a small amount for personal consumption has been decriminalised in 16 states.

“In Mexico, intermediate steps (on drug decriminalisation) may be taken without neighbouring countries necessarily having to follow suit. It is far more viable in the capital,” writer Jorge Castañeda, former foreign minister in the conservative government of Vicente Fox (2000-2006), told IPS.

“For example, in the United States some states have taken decisions of this kind,” said Castañeda, who has become a staunch advocate of decriminalisation.

Marijuana is the illegal drug that is most widely consumed in this country, followed by cocaine and inhalants, according to the 2011 National Addiction Survey published by the health ministry. Production of marijuana is concentrated in western and southern states.

Mexico is in urgent need of new approaches to illicit substances because of the humanitarian crisis unleashed by the repressive anti-drug strategy applied by Calderón throughout his presidency, which resulted in a high death toll and the spread of drug trafficking and drug use.

In 2012 there were 26,037 recorded homicides, a slight decline from the previous year, when there were 27,213. However, this remains one of the highest murder rates in Latin America, according to the National Institute of Statistics and Geography.

President Enrique Peña Nieto has rejected decriminalisation as a means of combating drug trafficking and is in favour of what he calls “a security strategy based on intelligence” – not very different from the policy enforced by his predecessor.

But changes in the global vision of the fight against drugs that are still illegal, especially marijuana, are exerting pressure for a shift towards policies based on prevention rather than repression and law enforcement.

“We will be very responsible in this debate,” Manuel Granados, chair of the city council Governance Committee, told IPS.

“In Mexico City we agree on replacing criminal policies with health policies. We are ready to hold this debate and, at the right time, to legislate,” said the city council member, who belongs to the leftist Party of the Democratic Revolution (PRD) which governs the capital.

The Federal District of Mexico City has been in the vanguard of decriminalising abortion and legalising same-sex marriage.

In September, when city council sessions resume, a high-level meeting will be held with delegates from the United Nations and the Organisation of American States to discuss new approaches to drugs.

Since 2007, at least eight initiatives to decriminalise marijuana have been presented in Mexico’s Congress and in state parliaments, but none has even reached debate in a plenary session.

“We wish to propose a new approach to marijuana. It is possible to create a different kind of regulatory system. We want rights for users,” Jorge Hernández, the head of the Collective for a Comprehensive Policy toward Drugs (CUPIHD) and a co-author of the book “La mota. Compendio actualizado de la mariguana en México” (Mota: Current Compendium of Marijuana in Mexico), told IPS.

Hernández proposes creating cannabis clubs, like those in Spain, where the drug can be grown and consumed privately in a regulated manner and in accordance with international regulatory treaties.

“The state must take responsibility and provide enough information. There should be the same regulation as for alcohol and tobacco. It is time to review the law. The Federal District could be a good starting point,” said Gómez-Mont.

Mexico was the only Latin American country to object in January to Bolivia’s reservation of the right to traditional uses of coca leaf, such as the age-old custom of chewing the leaves. Bolivia won the concession, which allowed the Bolivian state to re-accede to the Single Convention on Narcotic Drugs.