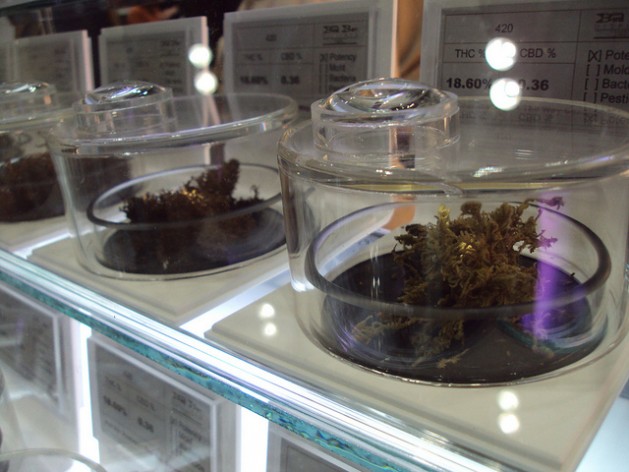 ATLANTA, Georgia, Jan 30 2013 (IPS) - Since the U.S. states of Colorado and Washington fully legalised marijuana via ballot initiatives in the November 2012 elections, efforts to medicalise, decriminalise, or legalise marijuana at the state level are sprouting up like so many hemp stalks on a sunny day.

Eighteen out of 50 U.S. states now allow medical marijuana, used to help cancer patients and others, and 15 others have decriminalised it, meaning that possession is a civil offence that carries no jail time.

“In terms of getting federal law change, we need to get maybe half of the states before we get congress to take some action,” Keith Stroup, founder and legal counsel of the National Organisation for the Reform of Marijuana Laws (NORML), told IPS.

“We tend to focus primarily on full legalisation, regardless of why one smokes,” he added. “The primary reason people smoke, 99 percent of them, is because they enjoy getting high. We’re not going to eliminate the high number of arrests until we completely legalise marijuana.”

In 2006, the group notes, more than 829,000 people were arrested in the United States for marijuana-related offences alone.

In the short term, MPP seeks to make New Hampshire the 19th medical marijuana state in the U.S., and to make Vermont the 16th state to decriminalise it.

Illinois is also believed to be on the verge of enacting medical marijuana legislation this year.

MPP and NORML believe that it is better to wait until 2016 to attempt to pass these full legalisation initiatives because marijuana-related initiatives tend to do better in presidential election years, which also drive more young voters – who tend to support marijuana legalisation – to the polls.

In the meantime, bills to allow medical use of marijuana have already been introduced in 10 U.S. states, including Alabama, Illinois, Iowa, Kentucky, Mississippi, New Hampshire, New York, Oklahoma, and West Virginia, according to a list provided to IPS by MPP.

In the last Congressional Session, US Reps. Barney Frank, a Democrat from Massachusetts, and Ron Paul, a Republican from Texas, introduced legislation to legalise marijuana at the federal level – meaning that states will get to decide their own policies altogether – but it only received 19 additional co-sponsors.

Frank and Paul both retired from the U.S. House at the end of last year. Numerous bills dealing with marijuana policy at the federal level have been introduced over the years.

“We’ve never had a hearing, or got them out of committee. This year we may get some hearings,” Stroup said.

“Every time a state supports medical use, it puts pressure on Congress to legalise it federally,” he said.

Stroup predicts that medical marijuana will be legal federally within three to four years, by the end of the Barack Obama presidency.

NORML expects to see between eight and 10 full legalisation bills in state legislatures this year as well, although it is not clear whether they will pass as soon as this year.

“We’re waiting to see whether a bill will be introduced in Alaska, but if not we’re going to do a ballot initiative there,” Morgan Fox, communications director for MPP, told IPS.

In Hawaii, legislation to completely legalise marijuana at the state level has already been introduced in the State House by the House Speaker Joseph Souki.

In Rhode Island, MPP is lobbying the State Legislature to legalise marijuana, which it believes could happen as soon as 2014 or 2015.

A federal court ruling on Jan. 22 against Americans for Safe Access (ASA) presents a minor setback on the issue of federal policy and medical marijuana, but will have no impact on the various state and federal legalisation initiatives from going forward.

ASA had appealed the U.S. Drug Enforcement Agency’s refusal to grant its petition to recognise marijuana’s medical value and federally reclassify it from a “Schedule 1 substance” – which includes drugs like heroin and LSD – to a Schedule 3, 4, or 5 substance.

ASA can still appeal to a full appellate court panel and then to the Supreme Court of the United States.

The DEA also has the discretion to reschedule voluntarily at any time, even without congressional action or court order.

And if the U.S. congress passes legislation to legalise marijuana for medical purposes, removing it from the Controlled Substances Act altogether, it would make the ASA case and the other rescheduling petitions moot.