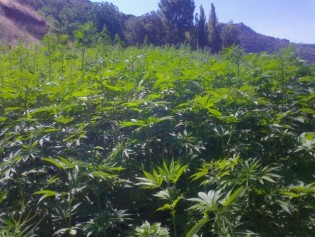 By Emilio Godoy
Marijuana and the closely related hemp can provide medicinal, food and textile industrial materials that could attract substantial investment and development in Mexico if cannabis were legalised and its cultivation and sale regulated, experts say.

By Emilio Godoy
If marijuana is legalised in the Mexican capital, as the local government proposes, this country would have to review its adherence to the three international drug control treaties, a trail already blazed by other nations.

By Pierre Klochendler
With his shaky hands, eighty-year-old Moshe Roth can barely pour the green powder into his pipe. Seated in a wheelchair, he murmurs in a trembling voice, “Even the scent’s good.”

By Emilio Godoy
The legalisation of small amounts of marijuana for recreational use, which will allow the drug to be taxed and regulated, in two U.S. states will prompt debate on anti-drug policies in Mexico as well, and on the coordination of strategies between the two countries, experts say.