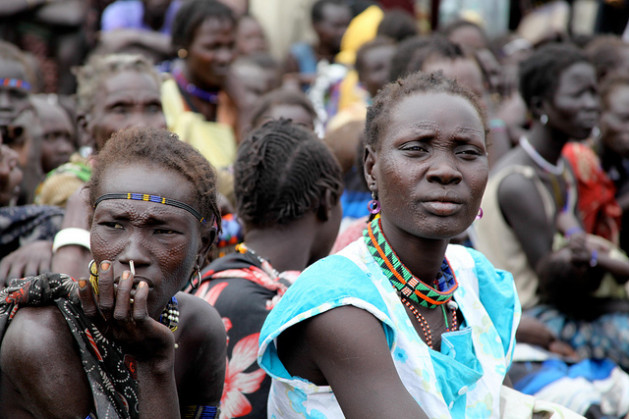 The attacks on civilians by soldiers have made the Murle feel increasingly persecuted by their own government. Credit: Jared Ferrie/IPS 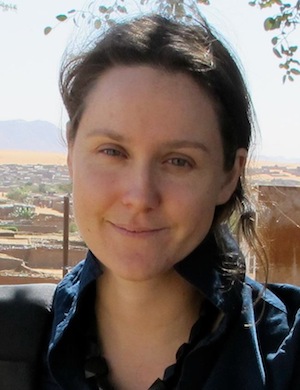 At least 70 Murle civilians and about two dozen ethnic Murle members of the army and wildlife forces have been unlawfully killed since December. Panic has spread among the Murle. Thousands have fled their homes, too scared of the soldiers to return.

Tragically, violence in Jonglei is nothing new. Ethnic conflict driven by cattle raiding has cost the lives of thousands and displaced tens of thousands.

Attacks and counter attacks between armed members of the Dinka Bor, Lou Nuer and Murle ethnic groups over the past three years have been especially bloody and have increasingly targeted women and children. Because authorities almost always fail to investigate or punish criminals, these groups mete out their own justice in a cruel cycle of brutal revenge attacks.

The re-emergence of a Murle rebel group in 2012 and the government’s counter-insurgency has greatly complicated the situation and chances for peace in Jonglei and has plunged all of Pibor county, the center of the anti-insurgency effort, into humanitarian crisis, displacing tens of thousands of Murle.

In one case, soldiers returning from a firefight with rebels in the bush in May executed 12 men, three of them chiefs, in the village of Manyabol. As a result, the whole village fled. Soldiers also burned and looted homes, looted aid agencies and hospitals and destroyed and occupied schools. “They don’t want anything good for the Murle people,” one man said.

President Salva Kiir has condemned abuses, saying that “something is wrong” when civilians are frightened of their own soldiers. The army has taken some actions to curb the abuses. In mid-August it court martialed two soldiers for killing Baba and Rio.

It acted quickly in that case, in contrast to the series of other abuses since late last year. On Aug. 20, the army also announced the arrest of Brigadier General James Otong, for the serious abuses by soldiers in his chain of command between April and July.

These first steps should help the South Sudan military to send a clear message that killings and lootings will not be condoned. But the army should follow through, by holding other abusive soldiers accountable and by deploying military and civilian justice officials to the area.

The army also needs to take immediate steps to improve its relationship with the largely Murle civilian population. These steps could include, for example, moving barracks away from town centers.

Even-handedness in approaching the ethnic violence in Jonglei will be crucial in counteracting the perception of persecution among the Murle. Authorities have not protected either side in the ethnic conflict from attacks, but they have encouraged young Lou Nuer men to arm themselves and did nothing to stop the mobilisation of thousands of Lou Nuer who attacked Murle areas in July.

As the attack was going on, the army said it would not be able to protect Murle civilians, most of whom had fled into the bush because of the conflict and army abuses. Several disturbing, and credible, reports even alleged that the army provided ammunition to Lou Nuer fighters.

There is a need for a long-term strategy so the police, courts and other parts of the justice system can provide remedy for all victims and end cattle raiding in Jonglei.  But for now, South Sudan’s leaders should ramp up and sustain efforts to address the abuses of government forces there and protect all vulnerable civilians. The army needs to demonstrate to all South Sudanese that it is there to protect them, not to harm them.

* Skye Wheeler is a South Sudan researcher at Human Rights Watch, which on Sept. 13 released a report titled “‘They are Killing Us’: Abuses Against Civilians in South Sudan’s Pibor County”. It documents 24 incidents of unlawful killings of almost 100 members of the Murle ethnic group between December 2012 and July 2013.