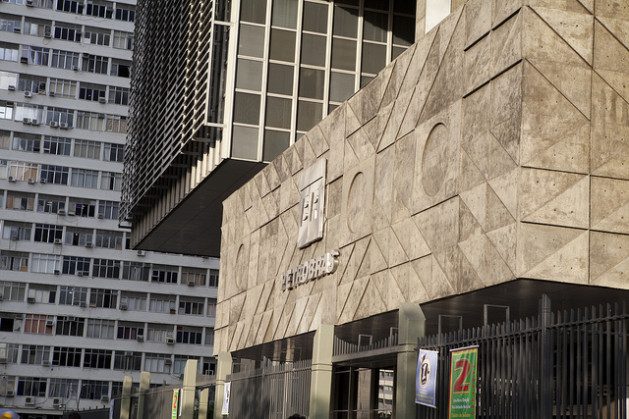 Monday’s hearing took place before the Inter-American Commission on Human Rights (IACHR), an arm of the 35-member Organisation of American States (OAS), which includes the United States.

"The unofficial response from Washington – ‘Grow up, everybody does this kind of spying’ – was very unappreciated by many in the region." -- Joy Olson of WOLA

The heads of Brazil and Mexico are among the 35 world leaders on whose personal calls the NSA has reportedly been eavesdropping, according to new information made public last week but leaked earlier this year by former NSA contractor Edward Snowden.

Indeed, Brazilian President Dilma Rousseff has offered perhaps the most strident diplomatic response yet, cancelling a state visit to Washington in September upon being notified of U.S. snooping into Brazilian official affairs, including monitoring of the state oil company. Brazil is also leading a push to institute a new international agreement on privacy.

“I was in Brazil right after these revelations came out, and my sense is that this goes back to this idea of U.S. exceptionalism – that it operates by one standard and everyone else operates by another. Other countries are increasingly less willing to accept that this is how the U.S. functions in the world,” Joy Olson, executive director of the Washington Office on Latin America (WOLA), a watchdog group here, told IPS.

“Further, the unofficial response from Washington – ‘Grow up, everybody does this kind of spying’ – was very unappreciated by many in the region. That just served as confirmation that the U.S. doesn’t understand its evolving relationship with Latin America.”

The IACHR investigation could now indicate a more concerted reaction from Latin American countries, joining new opprobrium from European and other world leaders as well as an ongoing national discussion here over the scope of U.S. spying on private citizens.

“The worrying truth is that we have almost no safeguards in place regarding the surveillance of anyone outside of the U.S. That’s problematic because domestic laws were written with the assumption that the people we targeted were agents of a foreign power, spies or even major political figures abroad – not, say, everyone in a particular country.”

For its part, the U.S. National Security Agency (NSA) has maintained that its surveillance programmes, which could be gathering data on the phone or online activities of upwards of a billion people, follow U.S. law and do not violate the privacy of U.S. citizens or foreigners within the United States.

In fact, increasing evidence suggests that regular exceptions have been made to these guidelines, but globally activists are increasingly frustrated with the U.S.’s refusal even to indicate that it is adhering to the spirit of international human rights norms.

“According to the U.S. explanations, all measures have supposedly been taken to respect the privacy of American citizens and those in US territories, however no legal protections apply to foreign nationals,” the Brazilian office of Article 19, an anti-censorship group, told IPS in a statement.

“By basing its justifications and actions solely on domestic law … the U.S. government has shown disregard for the universality of human rights and the fact that international human rights standards on privacy and freedom of expression and information apply to all, irrespective of borders.”

The United States was represented by four officials at Monday’s session, but none offered any formal response. Stating that the recent 16-day shutdown of the U.S. federal government had halted preparations for the hearing, the officials only promised a written response within a month.

While President Obama himself has suggested that politically sensitive spying on allied leaders would stop, on Tuesday two bills were slated to be proposed on Congress to rein in broader aspects of the NSA’s surveillance activities. Neither of those, however, would offer additional safeguards for those outside of U.S. territory.

In a formal submission made to the IACHR on Monday, EFF, Article 19 and several Latin American civil society groups warned that several countries in the region were already struggling under heavy-handed government surveillance tactics, and expressed concern over the ramifications of the new U.S. revelations.

“For many individuals throughout the Americas region, especially journalists and dissidents, the Internet and mobile telephony have been transformed into a threat. The use of these mediums is difficult or almost impossible without the risk of state interference,” the submission states.

“Even if no single person is actually listening, the chilling effects of surveillance are felt, as the risk of revealing a journalistic source or legal client, for example, may be too high … Freedom of expression and freedom of information allow human rights defenders to challenge abuses to human rights; without the privacy to conduct investigations and communications away from the prying eyes of the state, this becomes impossible.”

It is unclear whether Washington’s spying could now embolden government surveillance in parts of Latin America. Yet even in the current climate, in which governments and civil society together are decrying U.S. snooping, EFF’s O’Brien warns that the focus on the United States could divert some important focus.

“Given the United States’ previous involvement in Latin American politics,” he says, “one of the biggest consequences could be that any surveillance discussion is going to emphasise the U.S.’s surveillance, while potentially underplaying the future risk of more local surveillance.”

Although the United States does not recognise the Inter-American Court, more than 30 other countries do. A decision against the U.S. there would be damaging and could do much to influence the decisions of other human rights institutions as well as the roiling diplomatic atmosphere surrounding the surveillance allegations.