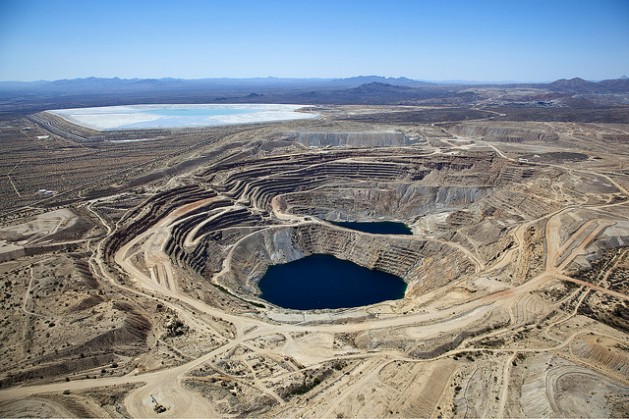 Washington will be barred from offering any bilateral assistance that could facilitate certain rights abuses, extractive industries or industrial logging in primary tropical forests. Credit: Bigstock

Under the new provisions, the United States will be required to vote against multilateral funding for large-scale hydroelectric projects in developing countries, as well as push for redress of rights violations resulting from development initiatives by international financial institutions.

In addition, Washington will be barred from offering any bilateral assistance that could facilitate certain rights abuses, extractive industries or industrial logging in primary tropical forests.

The new mandates constitute just a tiny part of a massive bill, signed into law on Jan. 17, that funds the federal government through the end of this financial year. But supporters say the provisions could have both direct implications for specific situations and pending projects as well as longer-lasting impacts on development funding and approaches.

“The U.S. Congress has taken an important step toward bridging the gap between U.S. government policy on development finance and its human rights policy in requiring the U.S. government to press international financial institutions to provide compensation or otherwise remedy human right violations linked to their projects,” Jessica Evans, a Washington-based researcher on international financial institutions at Human Rights Watch, told IPS.

The new provisions, reportedly sponsored by Senator Patrick Leahy, will impact both on bilateral U.S. funding through agencies such as USAID, as well as on the significant contributions that the United States provides to multilateral development institutions, particularly the World Bank.

U.S. representatives will now be required to vote against multilateral funding for the construction of major hydroelectric projects, likely defined as anything over 15 metres high. Large dams have been criticised by development experts for decades, given their often inevitable impact on local communities and environmental systems.

However, the World Bank recently unveiled a new institutional strategy that may include a prominent focus on big dams. Thus, the Leahy provisions could prove to be an impediment to the Washington-based development funder’s vision.

“I applaud the U.S. Congress for directing the U.S. Treasury to oppose the financing of large dam projects through the World Bank and other financial institutions,” Deborah Moore, a former commissioner on the World Commission on Dams and current chair of the board of International Rivers, a global watchdog group, said in a statement.

“I think the message now is clear: there are better options for meeting communities’ needs for electricity that are cheaper and sustainable.”

International Rivers says the new law will require the United States to oppose current and pending hydro projects on the Indus and Congo rivers, as well as in Guyana, Laos and Togo.

The appropriations bill also requires that the U.S. push multilateral funders, particularly the World Bank, to incorporate new external oversight and evaluation mechanisms for each project they undertake, to ensure that stipulated safeguards are being followed.

According to a statement released to the media and published over the weekend, the World Bank is currently analysing the scope of the new provisions. Yet future U.S. funding for the bank could now be contingent on this new requirement.

“The overall sentiment in provisions calling for stricter oversight and urging [World Bank President Jim Kim] to look outside the World Bank walls to better address the issues plaguing the institution is at the core of civil society advocacy,” Josh Lichtenstein, director of campaigns for the Bank Information Center (BIC), a watchdog group here, told IPS.

“We welcome the use of the legislative process to send strong messages to the [international financial institutions], particularly in pushing them to adopt policies and procedures that are better in line with highest international standards and in implementing stricter oversight to ensure those standards are upheld.”

Other provisions within the new appropriations bill mandate actions regarding specific ongoing or pending projects that have garnered criticisms over rights abuses, particularly in Cambodia, Guatemala and Ethiopia.

In 2010 in Cambodia, families in northern Phnom Penh were illegally evicted from their lands for a major development project that included filling a large lake, Boeung Kak, with sand. Cambodia is a World Bank client, and the evictions directly contravened bank standards.

In Guatemala, the construction of a large hydroelectric dam on the ChixoyRiver during the early 1980s displaced 3,500 indigenous peoples, leading to tensions that resulted in the massacre or rights abuses of some 400 people. That project was partially funded by the World Bank.

Under the new legislation, the U.S. representative at the World Bank (and, in the case of the Chixoy dam, the Inter-American Development Bank) will now be required to offer regular updates on progress on reparations and redress surrounding both of these situations.

“We began to work for reparations in 1995 and today we heard the great news,” Carlos Chen Osorio, director for the Coordination of Affected Communities by the Chixoy Hydroelectric Plant, an advocacy group, said in a statement. “We feel that we are not alone and are very grateful to all those that have committed to work on this.”

In Ethiopia, meanwhile, the United States itself has come under criticism for helping to bankroll a major government development project that has included forcibly moving pastoralists from traditional lands in the Lower Omo and Gambella regions, to be settled in villages. The new law now disallows U.S. monies from either directly or indirectly funding forced displacement in these areas.

“We’ve watched donor agencies such as USAID turning a blind eye to blatant human rights allegations in these areas,” Anuradha Mittal, executive director of the Oakland Institute, a watchdog group that has carried out multiple investigations on forced displacements in Ethiopia, told IPS. (USAID did not respond to request for comment by deadline.)

“It’s a real relief now to see the U.S. Congress offering true acknowledgement that these reports of forced evictions are not mere allegations,” she continues. “Now that they’ve taken a stand, however, we need to ensure that this is not just language but rather is fully implemented.”

Indeed, civil society interest will now focus on how U.S. and international agencies implement these new provisions. While U.S. law offers a new opportunity to mitigate adverse impacts of development funding, it is unclear the extent to which that tool will be used.

“While we celebrate this achievement, we are cautious in our expectations,” BIC’s Lichtenstein says, “as unscripted and unfunded mandates, at their best, often indicate the start of serious discussion and better coordination, rather than systematic change.