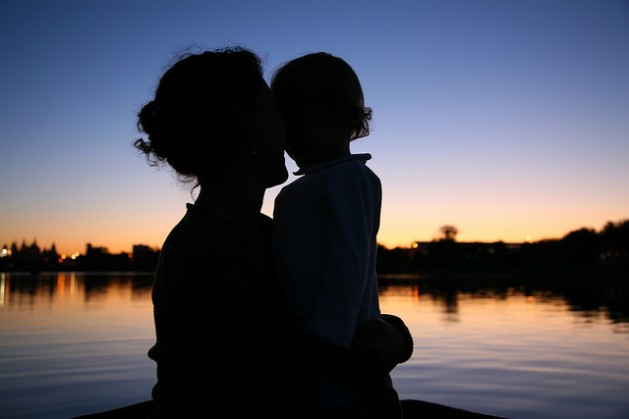 Midwives assume the role of the doctor and replaces the more clinical hospital setting with holistic and homeopathic methods. Credit: Bigstock

“Don’t give up,” Carolina Pinheiro recalls her doula urging, as she provided both physical and emotional support.

“If you feel safer in a hospital then do that, but there should not be an assumption that hospitals are safer than home. " -- Carolina Pinheiro

Pinheiro says she chose at-home birthing with midwife assistance because she wanted a safe environment, plus the gentle care the method provides, which included exercise stretches, a foot massage and aromatherapy.

Since Pinheiro could not sit up to eat during the 10 hours, yet still needed strength to push, the doula squeezed “fresh green [kale and fruit] juice” for her and constantly brought jugs of water.

“A doula is recommended if a mother chooses the at-home [birth], because she comes to your house and guides you through until the time is right for the midwife to come,” Pinheiro tells IPS.

Pinheiro’s baby was positioned feet-down, and it took three hours to turn him around. “Usually, pushing should last two to three hours,” she says.

“If I was in a hospital they would not allow me to push so long and suggest a C-section. I didn’t want that,” she adds. “My doula and I agreed to invite the midwife over only when the time felt right.”

In Pinheiro’s view, the midwife assumes the role of the doctor and replaces the more clinical hospital setting with holistic and homeopathic methods. “So there is no medication during pushing. She just guided me holistically in the positions that I could try,” Pinheiro says.

Even as women in the United States spend 98 billion dollars a year on hospitalisation for pregnancy and childbirth, the country’s maternal mortality rate has doubled in the past 25 years, to around 15 deaths per 100,000 births. Currently, the U.S. ranks 50th in the world in terms of maternal mortality, among the bottom of the most developed countries.

“My midwife took care of me through my entire pregnancy and was there by my side all along, so I knew I would feel safer,” said Pinheiro. She said that having the midwife carry out the delivery at home also made her feel more private. “If you are in a safe environment, you will be fine.”

Sandra Londino, a licensed midwife who runs a private practice in Ithaca, New York, says more than 90 percent of births with obstetricians occur in hospitals. For the most part, the use of modern technology proved effective in the early detection of complications and providing faster solutions, but there are drawbacks as well.

Londino says that when women ask questions about the birth and delivery, they are too often “brushed off” or they are not told the truth.

“Many just agree to an epidural [spinal anesthesia] or a quick C-section just because the doctor says so,” she adds. “Perhaps it is due to money and power, because we don’t see physiological births any more. There are hardly normal births in this country.”

Many women who first chose midwifery for pre-natal and birthing assistance are now opting for at-home birthing with therapeutic guidance from a doula, a phenomenon that grew 41 percent from 2004 to 2010, according to Londino.

Saraswathi Vedam, chair of Home Birth at the American College of Nurse-Midwives, says that this method is increasingly within the mainstream.

“One can always change their mind and go to the hospital,” Vedam says. “Women just enjoy the comfort and continuing care from someone who they feel a more personal relationship with, such as a midwife.”

Results of a survey show that expectant mothers chose an at-home birth in order to avoid unnecessary interventions and to have more control over her birthing decisions. Some said they trust in natural birth as a normal healthy process and did not want any separation from their newborn.

Others said that since they underwent a healthy pregnancy, having the baby at home would make them feel safer by decreasing the possibility of contracting an infection or being coaxed into a Caesarean.

Still, the American College of Obstetricians and Gynecologists argues that home births are unsafe and does not support them.

“It’s important to remember that home births don’t always go well, so as physicians, we have an obligation to provide families with information about risks, benefits, limitations and advantages,” said Richard N. Waldman, the group’s president.

Insurance companies have decided to follow ACOG’s advice by refusing to reimburse clients for at-home births. Londino says she doesn’t understand the logic from a financial perspective.

“Hospital births, without intervention or complication, cost roughly 9,500 dollars, which an insurance company is willing to pay,” she says. “Yet an at-home birth performed by a midwife, whose invoice includes regular pre-natal visits, all necessary tools and delivery, is only 3,500 dollars – which is refused reimbursement.”

Retired hospital midwife Ellen Cohen, who wrote a book about the effectiveness of pre-natal care in order to deliver safe babies without modern technology, says bearing a child is a vulnerable time in women’s lives where they try to do the best for themselves and their newborns.

“If one looks at childbirth as a pathological incident as opposed to something natural, then they will use a machine to help them feel safe – even something like the electrical fetal [heartbeat] monitoring,” Cohen added.

This method is not for everyone though, Pinheiro cautioned. “If you feel safer in a hospital then do that, but there should not be an assumption that hospitals are safer than home. One responds better when they are in their own environment. For me, it was a remarkable experience.”