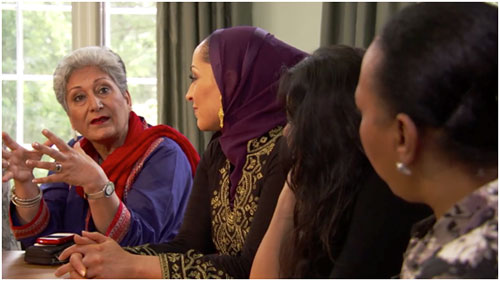 UNITED NATIONS, Mar 17 2014 (IPS) - As hundreds of women gathered at the United Nations headquarters for the 58th annual Commission on the Status of Women (CSW), a screening of the award-winning documentary “Honor Killings” last week raised more than a few eyebrows, and a heated debate on religion, culture and tradition.

Every year, an estimated 5,000 women and girls perish in so-called “honour killings” – acts of homicide against women by members of their own family or community for allegedly bringing “shame” upon them.

While there is almost universal consensus that the archaic practice must be buried forever, the international community remains divided over how to discuss the issue in the context of the cultural divide between Eastern and Western societies, with their unique views on women, sexuality and justice.

Raheel Raza, a well-known author and president of the Council for Muslims Facing Tomorrow, told IPS that some governments actually have a vested interest in keeping the practice alive for the sake of tradition.

In the film, written by Paula Kweskin, a group of nine women who have witnessed first-hand women’s suffering in the name of ‘honour’ focus on pushing for institutionalised change in countries that are still held back by a highly patriarchal mind-set that refuses to punish men for these crimes.

On the other hand, there is a cultural divide that makes it difficult for women in the West to fully grasp the reality of this practice. “The concept of honour is difficult to explain to Western societies,” says Ayaan Hirsi Ali, Founder of Aha Foundation and co-producer of the documentary.

“The most hostility I get is from Western feminist groups,” Raza added. She thinks they either are afraid to shake the status quo, or attribute honour killings to a distant cultural or religious problem that can be dealt with by the Muslim organisations working “on the ground”.

However, Raza argues that at a time where cross-cultural marriage is so widespread and globalisation part of our daily lives, it is very much a collective problem.

Jasvinder Sanghera, who has been fighting against honour killings and forced marriages in the U.K. for years, expressed her concern that human rights abuses will not end if they are labelled as “other people’s problem” by governments in countries like Canada or the United States.

Throughout the film, women challenged the political correctness that can paralyse many and act as an obstacle to identifying, understanding and addressing the international human rights disaster.

Tinatin Khidasheli, a member of the Georgian parliament who spoke on the panel, urged all politicians to raise the debate and address the issue “starting from school books”.