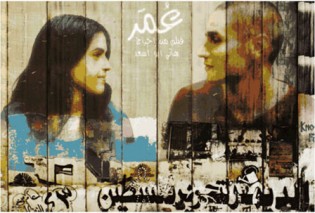 By Anicée Gohar
‘Omar’, a thriller and love story by director Hany Abu-Assad, is the first movie of its kind to be funded almost entirely by Palestinians, using a majority-Palestinian crew.

By Anicée Gohar
Security enhancements on the U.S.-Mexico border reroute migrants into more perilous and dry areas, causing between 150 and 250 migrants to die in the desert every year.

By Anicée Gohar
On Thursday, the Committee to Protect Journalists (CPJ) launched the 2014 Impunity Index, classifying countries with the highest number of journalist murders that remain unsolved.

By Anicée Gohar
In the early 1940s, minorities like the approximately 80,000 Jews, or even the 200,000 Greeks, did not make up a big percentage of the total Egyptian population of roughly 19 million.

By Anicée Gohar
Increasing global demand for energy will affect the already acute fresh water shortage, according to the latest World Water Development Report (WWDR) launched in Tokyo Saturday on the occasion of World Water Day.

By Anicée Gohar
As hundreds of women gathered at the United Nations headquarters for the 58th annual Commission on the Status of Women (CSW), a screening of the award-winning documentary "Honor Killings" last week raised more than a few eyebrows, and a heated debate on religion, culture and tradition.

By Anicée Gohar
As is the case in many parts of the Middle East, women in Libya are facing disillusionment in the aftermath of the Arab Spring.

By Anicée Gohar
“Women entrepreneurs reinvest about 90 percent of their revenues back to their community, compared to 40 percent for men,” Arancha Gonzalez, Executive Director of the International Trade Centre (ITC), said Thursday.

South Sudan and CAR: People on the Run in their Own Lands

By Anicée Gohar
South Sudan and the Central African Republic (CAR) have become the sites of some of the worst refugee and internally displaced person (IDP) situations Africa has ever seen, the United Nations Refugee Agency (UNHCR) said Tuesday.

By Anicée Gohar
The United Nations Monday commemorated the first-ever World Wildlife Day dedicated to the preservation of the world’s fauna and flora.

EGYPT – Looking for a Conscience

By Anicée Gohar
“We are not looking for a leader to rule us, because everyone who went to Tahrir Square is a leader. We are looking for a conscience,” says Ahmed Hassan, protagonist of the Oscar-nominated Egyptian documentary ‘The Square’, which was screened at the United Nations headquarters Tuesday.
ADVERTISEMENT ADVERTISEMENT