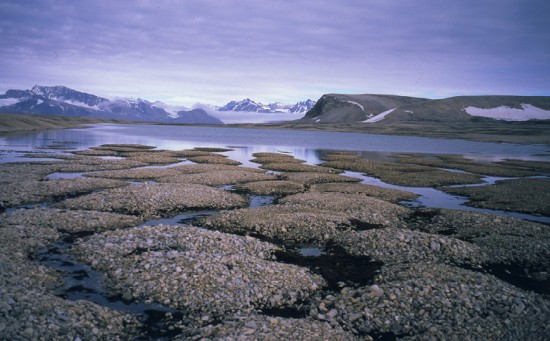 Climate change will cause the Siberian permafrost to thaw. Credit: Softpedia/Celsias

MOSCOW, Jun 21 2014 (IPS) - People in Siberia must prepare to face frequent repeats of recent devastating floods as well as other natural disasters, scientists and ecologists are warning, amid growing evidence of the effects of global warming on one of the world’s most ecologically diverse regions.

More than 50,000 people were affected by floods in the Altai region and Khakassia and Altai republics in southern Siberia at the end of May and early June. These came just over half a year since the worst floods in Siberia in living memory.

But while floods caused by snowmelt are not uncommon to Siberia, these most recent ones were caused by excessive rainfall – a phenomenon global warming is expected to make much more frequent in future.

Vladimir Galakhov, a physical geography professor at Altai University in Siberia, told IPS: “Although many people think the recent floods were caused by snow melting, it was actually intense rainfall. We had two months’ rain in one week. Weather models for the next two decades forecast a 10 percent rise in rainfall volumes, so we can expect more flooding in the future.”

Siberia is home to some of the richest diversity of flora and fauna in the world, including endangered species such as the Amur tiger. It is also one of the coldest places on earth, with average temperatures in most parts just under zero degrees Celsius and often much lower.

But scientific studies in the last decade have shown that parts of Siberia are warming more quickly than any other part of the world – something pointed out again in the wake of the floods by local meteorologists.

Professor Valentin Meleshko, a meteorologist and former head of the St Petersburg-based Voyeikov Geophysical Observatory, told Russian media last month after the flooding that rapid temperature rises were having a “significant” impact on Siberia.

“All forecasts from complex [weather and climate change forecast] models show that Siberia will get more precipitation, mostly in winter, when more snow will accumulate.

“It will naturally melt in spring and this melting snow will put more water into rivers, and the floods in Siberia will be more intense than before.”

But warming is not only expected to increase flooding. According to experts such as Alexei Kokorin, head of the WWF Russia climate division, it poses other serious threats.

He told IPS that the size of Siberia meant that different areas will be affected in different ways: east and south-east Siberia in the area of the Amur River will see more frequent heavy rains and a monsoon climate while southern Siberia near Mongolia will see increasing desertification leading to water supply problems and disappearing pastures to provide feeding grounds for animals.

Meanwhile, in northern Siberia, the melting of permafrost will destroy existing infrastructure. This also threatens to drastically worsen climate change as vast amounts of methane – a potent greenhouse gas – are trapped in the frozen ground and if released into the atmosphere in large amounts would accelerate global warming.

“Siberia will maybe not be the very worst affected area in the world by global warming, but some parts of it will be heavily affected,” Kokorin told IPS.

Ecological groups have been warning of these risks for years and appealing to Russian authorities to take action.

But the Russian political response to global warming has been characterised largely by apparent ambivalence.

But some experts believe that the general government ambivalence to climate change is driven by the fact that Russia potentially stands to be one of the biggest geopolitical gainers from climate change.

Although a highly resource-rich nation, vast reserves of fossil fuels in Russia are under either ice or frozen permafrost. Higher temperatures could make it easier to access these and other enormous quantities of valuable ores and minerals as well as changing huge areas of land from being uninhabitable to fit for agricultural production or other use.

Arctic ice melt driven by global warming is also expected to soon provide an almost year-round open sea passage north of the country which Russia could exploit, allowing tens of millions of tons more of goods to be transported annually.

Some officials have publicly said that they view global warming positively. In an interview last year, Rinat Gizatullin, an official at the Russian Natural Resources Ministry, told the BBC: “We are not panicking. Global warming is not as catastrophic for us as it might be for some other countries. If anything, we’ll be even better off.”

Against this backdrop, the Russian scientific community is divided on climate change. While some, including senior state meteorologists, have in the past spoken publically of the threat from climate change to Russia, others are more reticent on the issue and refuse to openly acknowledge global warming as a phenomenon.

Raisa Buzunova, a hydrometeorologist from Kemerovo in western Siberia, told IPS that while temperatures had been rising constantly for years in parts of Siberia, the result of which was now extended summers, this was not evidence of global warming.

She told IPS: “We are not talking about a sudden change in climate or global warming, but only periodic temperature fluctuations. A stabilisation of temperatures in Siberia is expected by 2020.”

Many others say that global warming has actually peaked and that world temperatures will actually begin falling in a few years and then stabilising.

However, local ecologists say that the evidence is irrefutable, pointing to events such as the record wildfire season in 2012 in Siberia amid an unusually warm summer, as well as the worst floods on record last autumn, an exceptionally mild winter just passed, as well as a record warm spring and the recent floods.

Mikhail Gunykin from the Moscow-based pan-Russian Ecodelo ecological network, told IPS: “In Russia, as in the rest of the world, what we have seen in recent years is increasingly frequent natural disasters as a result of the way humans treat ecosystems.”