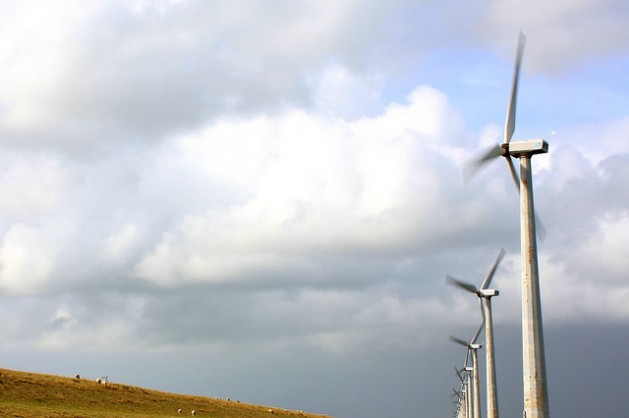 UNITED NATIONS, Jun 10 2014 (IPS) - When the United Nations inaugurated the first-ever global forum on renewable energy last week, it provided a laundry list of financial pledges aimed at achieving one of the world body’s most ambitious goals: sustainable energy for all (SE4ALL) by 2030.

The forum specifically focused on the developing world where one out of five people are without access to basic energy: electricity.

According to the United Nations, Norway is expected to spend about 330 million dollars for global renewable energy this year, while Bank of America’s Green Bond has pledged some 500 million dollars over three years as part of a 10-year 50-billion-dollar environmental business commitment.

The collective 50-billion-dollar pledge was made by big businesses at the Rio+20 conference in Brazil in June 2012.

"With the Sustainable Energy For All Initiative being dominated largely by big energy corporations, multilateral development banks and private capital who seek commercial returns, it is doubtful if the interests of the energy deprived will be met at all." -- Meena Raman of the Malaysia-based Third World Network
Additionally, the Organisation for Petroleum Exporting Countries (OPEC) has created a one-billion-dollar fund for energy access.

Brazil, meanwhile, has reached out to nearly 15 million people, once living in veritable darkness, with its ‘Light for All’ programme.

Still, the commitments and achievements fall far short of the overall target for SE4ALL.

World Bank President Jim Yong Kim said last year that financing was the key to resolving the energy crisis, with a staggering 600 to 800 billion dollars needed a year from now until 2030.

He said the three goals are: access to energy, energy efficiency and renewable energy.

“We are now starting in countries in which demand for action is most urgent,” he said, pointing out that “in some of these countries, only one in 10 people has access to electricity. It is time for that to change.”

But to make that change, the United Nations has been marshalling resources, mostly from the private sector, big business and international organisations.

The meeting was attended by nearly a thousand delegates, including government leaders, energy practitioners, representatives of international organisations and non-governmental organisations (NGOs).

But civil rights groups and activists in the energy sector are sceptical about the role of big business.

Dipti Bhatnagar, climate justice and energy coordinator at Friends of the Earth International (FoEI), told IPS the SE4ALL initiative “has been co-opted by dirty energy corporations” and the United Nations is therefore not in a position to realise its goal.

The funders are led by an unaccountable, handpicked group dominated by representatives of multinational corporations, including oil giants such as Shell, that are investing billions in fossil fuels exploitation around the world, she charged.

“We have warned [U.N. Secretary-General] Ban Ki-moon that the SE4ALL and other U.N. initiatives have been captured by dirty energy corporations which use them to greenwash their image,” said Bhatnagar.

These companies are obstructing “the rapid transformation needed to reduce our dependence on fossil fuels and achieve a just and sustainable energy system.”

Meena Raman of the Malaysia-based Third World Network was equally apprehensive about the involvement of big business in SE4ALL.

“With the Sustainable Energy For All Initiative being dominated largely by big energy corporations, multilateral development banks (MDBs) and private capital who seek commercial returns, it is doubtful if the interests of the energy deprived will be met at all,” she told IPS.

The emphasis on centralised modern energy systems, which are expensive and not affordable to those who need them the most, undermines the very objective it is set to serve in term of ensuring universal access to modern energy services, Raman pointed out.

She said a large percentage of the world’s poor in the developing countries get their survival energy needs from either collected or low-cost local-market-based traditional energy sources (which are under increasing threats from mining, expansion of urbanisation, industrialisation etc.).

Forcing the poor to the commercial energy market without foolproof systems to guarantee energy access for the poor will create more deprivations, more inequities, more distress, she argued.

Addressing the forum, Ban said,”Sustainable development is not possible without sustainable energy.”

Ban also launched the U.N. Decade of Sustainable Energy for All (2014-2024) focusing on energy for women and children’s health during the initial two years.

“It is harming communities, workers, the environment and the climate.”

“To provide sustainable energy to those who are now excluded, we urgently need to transform our current, corporate-controlled energy system into one that empowers people to build clean, democratically controlled, renewable energy systems,” she warned.

Raman told IPS the first priority should be to drastically reduce the threats to the poor’s free access to free or low-cost energy services (while improving their quality of use with modern technological/technical & social inputs – and this has multiple benefits, including the health of women and small children).

She said the objective of providing “modern energy services” to those without such services at present, can thus be achieved only when the state plays a policy-determined role, and the market economy is strongly regulated to take cognizance of the widely differing capacities to buy energy services.

She said it cannot be done by de-regulating and privatising such services to big capital and markets.

“Too much emphasis on the private sector and market-economy is bound to concentrate more modern energy access to those who can afford to buy.”

Thus, the role of enlightened and inclusive state policies and actions will be paramount and should increase, rather than decrease, said Raman.