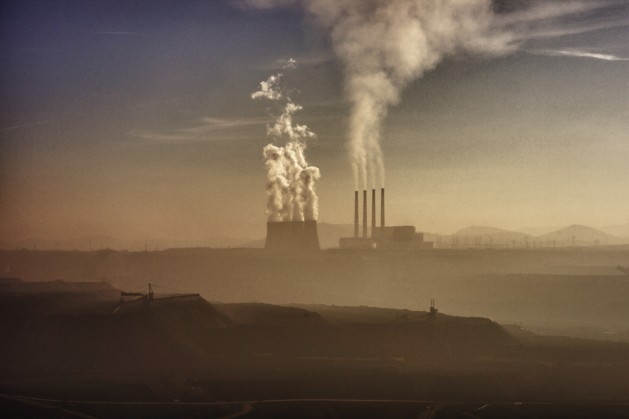 ATHENS, Jul 9 2014 (IPS) - Plans by the Greek government to sell companies that handle the key resources of energy and water face serious obstacles and its policy to offer investors exceptional privileges in an effort to boost interest in privatisation is coming under strong pressure.

Privatisation is one of the ‘prerequisites’ of the Troika – the tripartite committee led by the European Commission with the European Central Bank and the International Monetary Fund – in exchange for additional bailout money that Greece is seeking to continue to avoid insolvency.

The Greek government recently announced plans to sell a 30 percent share of its Public Power Corporation (PPC), and create a new ‘Small PPC’, which will be sold to private investors.

The new company will take with it some key production sites, lignite mines, and hydroelectric and natural gas units. In addition, about two million customers will be transferred from the original company and will be obliged to receive services from the new company for six months.

Tax exemption seem to be a vehicle the Greek government favours using in its effort to attract investors to the country.

The lucrative terms and assets accompanying the new company, described in the legislation that creates it, are already attracting many local investors as well as major foreign energy companies like Germany’s RWE as well as the French EDL and the Italian ENEL.

The plan has caused strong reactions in north-western Greek cities where communities depend heavily on employment created by PPC mines and electricity production plants. PPC unions decided to take strike action to protest the privatisation plans, but these were declared illegal. The Greek opposition has called for a referendum on the issue but it appears unable to gather the 120 signatures of members of parliament necessary for it to go through parliament.

At the end of March, Arsenis submitted a similar question concerning the Hellenic Republic Asset Development Fund (HRADF), which has been set up to manage Greek privatisations, and met with a similarly evasive answer.

The HRADF has announced the sale of 100 percent of Hellinikon SA – which administers 6,200 acres of land occupied by the former Athens Airport of Hellinikon – to Lamda Development.

Arsenis pointed that Article 42 of Law 3943/2011 establishing Hellinikon SA states that the company “shall be exempt from any tax, duty or fee, including income tax, in respect of any form of income derived from its business, of transfer tax for any reason, and capital accumulation tax” and again asked the Commission whether this unjustifiable tax exemption constituted state subsidy.

European Commissioner for Competition Joaquin Almunia replied that “Greece has not notified the Commission about the alleged tax exemption measure”, thus the Commission does not have sufficient information to assess whether it constitutes state aid and will ask Greece to provide clarifications on the issue.

Tax exemption seem to be a vehicle the Greek government favours using in its effort to attract investors to the country. Last week, Greek Energy Minister Ioannis Maniatis said that oil and gas explorers would pay 25 percent tax, down from the current 40 percent, to attract them to help exploit Greece’s untapped offshore hydrocarbon resources. “We have done this in order to incentivise our investors to invest in the future of Greece” he told a conference in London.

Plans to privatise water utilities stalled last month after the Supreme Court considered privatisation of the Athens Water Supply and Sewerage Company (EYDAP) unconstitutional. Following this decision, the transfer of a 34.03 percent share of the company’s stock holding to HRADF has been cancelled and the privatisation authority has publicly admitted that it is reconsidering the tender despite still holding 27.3 percent of the company.

This has effectively cast doubts on the privatisation process for EYATH, the water and sewage company of Thessaloniki, Greece’s second largest city. HRADF President Konstantinos Maniatopoulos was quoted saying in Greek media that “it will be difficult to continue the process for EYATH without taking into account the decision for EYDAP.”

The Suez/Ellaktor and Merokot/G. Apostolopoulos/Miya/Terna Energy consortia had been in the process of submitting binding offers by June 30. It appears now that HRADF will return about 50 percent of the 74 percent of its share in EYATH back to the state.

Two weeks ago, the Greek National Commission for Human Rights produced a focus report about the protection of access to water. Kwstis Papaioanou, President of the Commission told IPS: “International experience has proven that privatisation curtails the access of people to safe water. It is very encouraging though that the water has united citizens against its privatisation.”

Privatisation of water has indeed provoked strong public reactions. In an informal referendum in Thessaloniki in which over 200,000 people took part, 98 percent voted against privatisation.

“The court’s deliberation against privatisation of water companies is very clear but I would not be surprised if the government finds a way to circumvent it. There are plenty of other examples in which they have not implemented court decisions,” Arsenis, told IPS.

“Those interested in Greek public assets do not think like real investors. They take an interest only in privileged deals when profits are guaranteed and when most of investment risk is undertaken by the state in advance so that they have secured income that will cover their expenses in two or three years’ time.”

A first privatisation target of 50 billion euros in revenue by 2020 has been cut by more than half, with the country’s lenders now forecasting 22.3 billion. So far, only 3 billion has been collected.  The 2014 and 2015 targets for revenue from privatisations were set at 1.5 billion euros and 2.24 billion euros respectively but these are now very unlikely to be achieved.