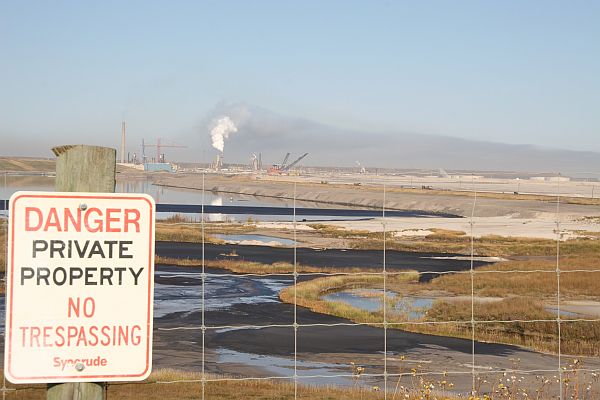 Environmentalists, working off of documents released through open government requests, say U.S. trade representatives are responding to frustrations voiced by the oil and gas industry here. This week, U.S. and E.U. officials are in Brussels for the sixth round of talks towards what would be the world’s largest free-trade area, known as the Transatlantic Trade and Investment Partnership (TTIP).

“These documents show that the U.S. is simply not interested in an open, transparent [negotiation] process.” -- Bill Waren

“These documents show that the U.S. is simply not interested in an open, transparent [negotiation] process,” Bill Waren, a senior trade analyst with Friends of the Earth U.S., a watchdog group, told IPS. “Rather, U.S. representatives have been lobbying on the [E.U. regulatory proposal] in a way that reflects the interests of Chevron, ExxonMobil and others.”

The oil industry has repeatedly expressed concern over the European Union’s potential tightening of regulations around transport fuel emissions, first proposed in 2009 for what’s known as the Fuel Quality Directive (FQD). Yet according to a report released Thursday by Friends of the Earth Europe, the sector now appears to have convinced the U.S. government to work to permanently block the implementation of this standard.

Current negotiating texts for the TTIP talks are unavailable. But critics say the negotiations are forcing open the massive E.U market for a particularly heavy form of petroleum known as tar sands oil, significant deposits of which are in the Canadian province of Alberta.

“Since the adoption of the revised Fuel Quality Directive in 2009, the international oil companies … petroleum refiners, the Cana­dian government and the Albertan provincial government have spent enormous resources and used aggressive lobbying tactics to delay and weaken the implementation proposal,” the new report, which is being supported by a half-dozen environmental groups, states.

“The oil industry and the Canadian government … are afraid that the FQD could set a precedent by recognising and labelling tar sands as highly polluting and inspire similar legislation elsewhere.”

At issue is the mechanism by which the European Union would determine the greenhouse gas emissions of various types of oil and gas. As part of Europe’s broader climate pledges, the FQD was revised to reduce the emissions of transport fuels by six percent by the end of the decade.

In 2011, the E.U. proposed that tar sands and other unconventional oils be formally characterised as having higher greenhouse gas “intensity” than conventional oil, given that they require more energy to produce – 23 percent higher, according to a study for the European Commission.

Yet tar sands have received massive interest from oil majors in recent years. Some 150 billion dollars were invested in Canadian tar sands between 2001 and 2012, according to Friends of the Earth, a figure expected to grow to nearly 200 billion dollars through 2022.

“Major oil investors want to immediately move as much tar sands oil as possible to Europe,” Waren says. “Over the longer term, they want to get the investments that will allow them to develop the infrastructure necessary to ship that exceptionally dirty fossil fuel to Europe.”

Many investors likely assumed the Canadian tar sands oil would have a ready market in the United States. But not only is the U.S. economy reducing its dependence on oil – particularly imports – but the trans-national transport of Canadian tar sands oils has become a major political flashpoint here, and remains uncertain.

So, last year, oil lobbyists here began to push U.S. trade representatives to use the nascent TTIP talks to safeguard the E.U. market for unconventional oils.

“[I]f the EU approves the proposed amendment to the FQD … it would adversely affect the U.S.-EU relationship, potentially eliminating a $32 billion-a-year flow of trade,” David Friedman, a vice-president with American Fuel & Petrochemical Manufacturers, a major trade association, wrote in a May 2013 letter to the top U.S. trade official.

Now, according to an internal European Commission e-mail uncovered by Friends of the Earth Europe and outlined in the new report, U.S. trade representatives appear to be echoing this analysis.

“[T]he US Mission informed us formally that the US authorities have concerns about the transparency and process, as well as substantive concerns about the existing proposal (the singling out of two crudes – Canada and Venezuela,” the letter, said to be from October 2013, reportedly states.

Canada and Venezuela have the world’s largest deposits of tar sands oil.

The letter also notes that the U.S. negotiators would prefer a “system of averaging out the crudes”, meaning that all forms of oil would simply receive one median score regarding their emissions intensity. This would effectively lift any E.U. bar on unconventional oils – and, according to the Friends of the Earth analysis, add an additional 19 million tons of carbon dioxide to the atmosphere.

The new revelations come just a week after the leaking of a TTIP paper on E.U. energy policy, which would push the United States to abolish restrictions and automatically approve crude oil exports to the European Union. The document offered a rare glimpse into notoriously secret talks.

“We strongly oppose attempts by the E.U. to use this trade agreement, negotiated behind closed doors, to secure automatic access to U.S. oil and gas,” Ilana Solomon, director of the Responsible Trade Program at the Sierra Club, a conservation and watchdog group, told IPS. “I think there’s strong support for continued restrictions on this issue among both the public and policymakers, due to the implications for both energy security and the climate.”

The new disclosures have indeed caught the attention of the U.S. Congress. Last week, 11 lawmakers renewed a line of questioning from last year about Washington’s influence on E.U. tar sands policy.

“We reiterate that actions pressuring the EU to alter its FQD would be inconsistent with the goals expressed in President Obama’s Climate Action Plan,” the lawmakers wrote to the U.S. trade representative, Michael Froman, “and we remain concerned that trade and investment rules may be being used to undermine or threaten important climate policies of other nations.”

Yet such concerns may already be too late.

Last month, media reports suggested that the European Commission is now considering a proposal to go with the U.S.-pushed “averaging” approach to its fuel-emissions calculation. The same week, Europe’s first shipment of tar sands oil – 570,000 barrels from Canada – reportedly arrived on Spanish shores.