WASHINGTON, Oct 21 2014 (IPS) - The U.S. air drop Sunday of new weapons and supplies to Kurdish fighters in the besieged border town of Kobani marks an important escalation in Washington’s efforts to “degrade and destroy” the Islamic State of Iraq and the Levant (ISIL).

The operation, which included the provision of 27 bundles of small arms, including anti-tank weapons, ammunition, and other supplies, also helped trigger a major change in Turkish policy, according to experts here. 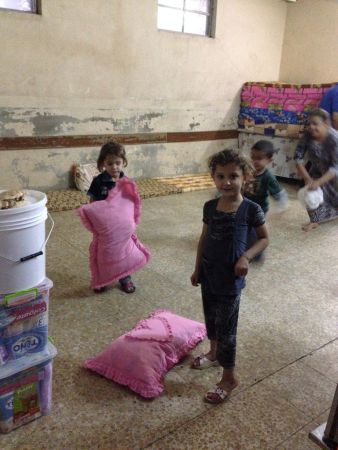 Until then, Ankara had strongly opposed providing help to Kobani’s Kurdish defenders, who are dominated by members of the Democratic Union Party (PYD) which Ankara considers a terrorist organisation linked to the Kurdish Workers Party (PKK).

Turkish Foreign Minister Mevlut Cavusoglu confirmed Monday that Kurdish peshmerga forces from Iraq will be permitted to transit the Turkish border to bolster Kobani’s fighters against ISIS, which has reportedly lost much of its hold on the city amidst heavy fighting and U.S. air strikes over the last few days.

“I think the Turks are doing damage control,” Henri Barkey, a Turkey expert based at Lehigh University in Pennsylvania, told IPS Monday. “Everybody wanted to save Kobani, and the Turks were essentially making it impossible. They’re doing this now to say ‘we’re doing something, too’.”

Despite recent and increasingly worrisome ISIL advances in neighbouring Iraq, particularly in Al-Anbar province, the battle over Kobani has dominated coverage of the two-month-old U.S. air campaign against the group, largely because the fighting can be closely followed by journalists from the safety of the hills on the Turkish side of the border.

Although senior Obama administration and military officers have repeatedly declared that Kobani’s fate is not critical to their overall strategy against ISIL, the town’s prominence in U.S. media coverage – as well as reports that the group has itself sent significant re-inforcements to the battle — has made it a politically potent symbol of Washington’s prospects for success.

Washington had largely ignored the battle until several weeks ago. As ISIL forces moved into the town’s outskirts from three different directions in the media spotlight, however, it began conducting air strikes which have steadily intensified over the last two weeks, even as Ankara, its NATO ally, made clear that it opposed any outside intervention on the PYD’s behalf.

“The government of Turkey doesn’t see [ISIL] as the worst problem they face,” former U.S. Amb. to Ankara Eric Edelman said during a forum at the Bipartisan Policy Center here last week.

Erdogan is likely to bargain hard over U.S. requests to use Incirlik air base for offensive operations against ISIS in both Syria and Iraq.

He noted that senior Turkish officials have recently described the PKK, with which the government of President Recep Tayyip Erdogan is engaged in critical peace negotiations, as worse — an observation which, he added “gives you a sense of the hierarchy” of threats as seen by Ankara. The PYD is widely considered the PKK’s Syrian branch.

“They see Kobani through the lens of negotiations with the PKK and [want] to cut the PKK down to size,” he said.

That strategy, however, may have backfired amidst increasingly urgent and angry appeals by the PYD and the Kurdish Regional Government (KRG) in Iraq to come to Kobani’s aid, or, at the very least, permit Kurdish fighters to re-inforce the town’s defenders.

Even more important, Kurds, who make up about 20 percent of the Turkish population, mounted anti-government protests throughout the country. More than 30 people were killed in street violence before strict curfews were enforced earlier this month.

Moreover, the PKK threatened to break off peace negotiations, one of Erdogan’s signal achievements.

In addition to the domestic pressure, Washington and some of its NATO allies leaned increasingly heavily on Ankara to revise its policy.

Erdogan, however, insisted that it would help out in Kobani – and, more important strategically, permit the U.S. to use its giant Incirlik air base to launch air strikes — only if Washington met certain conditions regarding its overall Syria policy.

In particular, he demanded that Washington and its allies establish no-fly zones along the Turkish border that could be used as safe havens for anti-Syrian government rebels and target President Bashar al-Assad’s military infrastructure, as well as ISIL’s. While Secretary of State John Kerry indicated the administration was willing to consider such steps, the White House has remained steadfastly opposed.

Given the mounting symbolic importance of Kobani, Obama himself telephoned Erdogan Saturday to inform him that he had decided to authorise the resupply of Kobani’s defenders and urge him to open the border to Kurdish re-inforcements.

Even as a few Democrats expressed concern about the latest escalation, the operation was hailed by Republican hawks who have called for much stronger action, including no-fly zones, as well as attacks on Syrian military targets.

“We support the administration’s decision to resupply Kurdish forces in Kobani with arms, ammunition and other supplies,” said Sens. John McCain and Lindsey Graham, the Senate’s most prominent hawks, in a joint statement.

At the same time, they complained that “this tactical adjustment should not be confused for an effective strategy, which is still lacking.” They urged the administration to deploy U.S. special forces and military advisers on the ground in Syria to assist “moderate” opposition forces against both ISIL and the Assad regime.

What remains unclear is whether Obama merely informed Erdogan that the air supply operation would go forward whether he approved or not or if the Turkish president extracted some further commitments in return.

“I think they got nothing in exchange; I think the Turks are doing damage control,” Barkey told IPS. “I would say that the Turks are shell-shocked now by the American decision.”

At the same time, he added, Erdogan is likely to bargain hard over U.S. requests to use Incirlik air base, which is located close to the Syrian border and much closer to both Syria and Iraq than U.S. aircraft carriers and bases in the Gulf, for offensive operations against ISIS in both Syria and Iraq.

Turkey has permitted Washington to use the base to carry out humanitarian flights and launch surveillance drones – which are also used to track PKK movements in eastern Turkey and Iraqi Kurdistan.