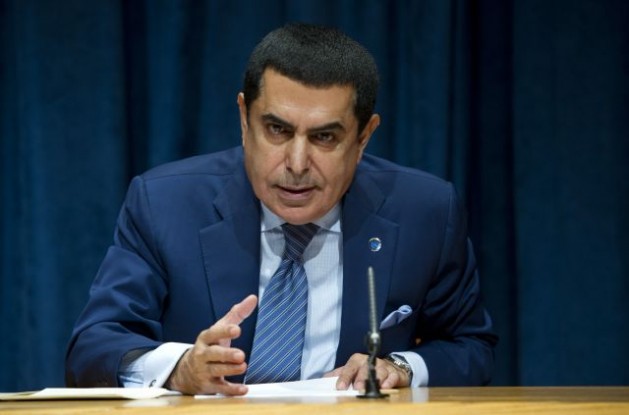 UNITED NATIONS, Nov 10 2014 (IPS) - Ambassador Nassir Abdulaziz al-Nasser currently heads the United Nations Alliance of Civilizations. Between 2011-2012 he was president of the General Assembly, setting the agenda for debate in the assembly during the Arab Spring.

His new book, “A year at the helm of the General Assembly” has just been published by NYU Press.

You don’t want to enlarge the Security Council for the sake of representation only. No, (you must enlarge) for the commitment, the contribution.

IPS correspondent Roger Hamilton-Martin interviewed the ambassador on issues central to the book– mediation and U.N. reform. Excerpts from the interview follow.

Q: How can we reform the General Assembly to ensure that practical steps are taken to improve implementation of resolutions by member states?

A: I look at the problem from (the perspective of) the mandate of the president of the General Assembly. One year. How can you achieve good results in one year? I was lucky because I was elected in February 2011 and I was still the ambassador of Qatar to the U.N., so it gave me enough time to prepare and organise.

I was ready from June, you know. June 2011. I took over in September. For someone who doesn’t know the system very well, he doesn’t know many people in the U.N… by the time he takes over, half of the year is gone. By the time he wants to discuss and reach agreement or create consensus, the other half is gone.

We need at least two years for the president. At least, if not more. One of the former PGAs tried to, with many countries, to try to come up with an agreement and a draft resolution to amend the charter. They faced great difficulties.

Q: On the Security Council, some say that certain countries are less relevant to global security currently than they were – Britain and France, for example. Should these countries stay as permanent members?

A: It is not up to me to say, “This country is better than that country.” This is a negotiation that must be had amongst the P5. We are looking at this to increase the permanent members not to decrease the current (P5) – they will be there.

We need more, you see many emerging powers around the world and they can also contribute to peace and security. You don’t need them for prestige; you need them for their involvement, for their support, for their role in the regions.

That’s where I am talking about how to reform, not to change the structure. We need a very effective council. How to achieve that? You have to look at what was the problem in the last 60, 70 years and how you can change based on that. I served there, I represented Qatar. If you don’t have consensus, and solidarity on issues, it’s a big problem.

The agreement among the 15 is very important. First among the P5, and then among the 15. So you don’t want to enlarge the council for the sake of representation only. No, (you must enlarge) for the commitment, the contribution.

Q: Is there a reluctance to amend the charter?

A: The P5 will not allow it. The United Nations always been accused by many people, NGOs, governments, but they don’t know, it’s not the fault of the U.N.

The U.N. is a state-driven – if there is consensus, there is agreement, and there is achievement. If there is no achievement, there is nothing. I want here to add a commend to Secretary General Ban Ki-moon – he in his two terms did a lot, but still needs the support of member states.

If there is support you will see a different U.N.  I’m sure in the constitutions of many countries from time to time there is an amendment to deal with issues that weren’t there 100 or 200 years ago. It’s very essential and very important.

Q: In the history of the U.N. General Assembly (UNGA), there have only been three female presidents. What could be done to heighten participation?

A: We would love to see UNGA female presidents. Women who have assumed senior positions at the U.N. in general as under secretary-generals or assistant secretary generals have done remarkable jobs. I am sure they will do great as presidents of the General Assembly as well.

We need to encourage member states who nominate their candidates for this top position to support women candidates.  I am all for women leadership and gender balance.

Q: With the current situation in Iraq and Syria, what role does mediation have to play when it comes to ISIS? Is there a place for sitting down at the table with a militant organisation?

So I think we should work together – religious leaders today can get involved in what’s going on with ISIS. You know young people – lack of education, negative environment, they an easy target for those people (ISIS).